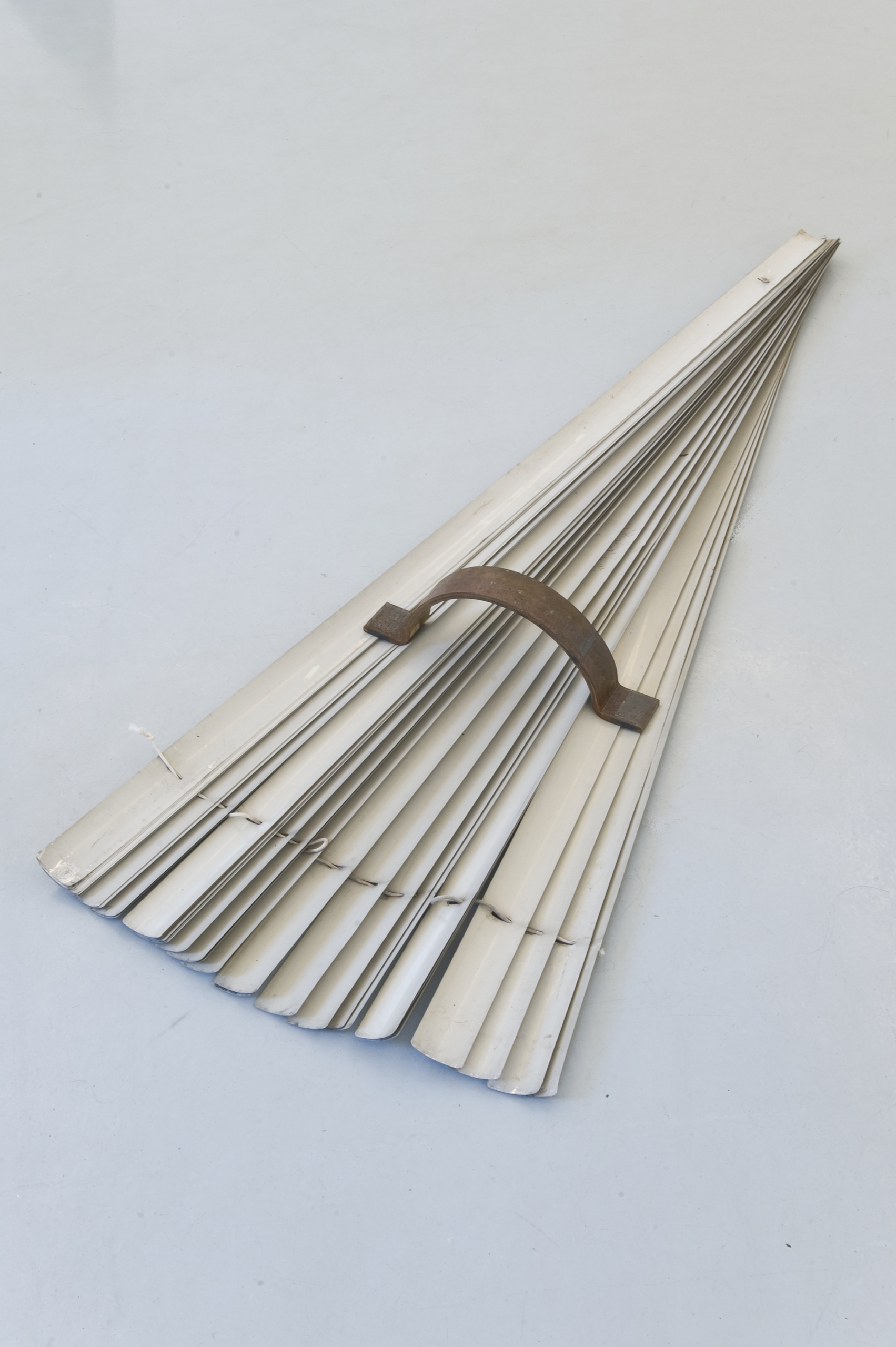 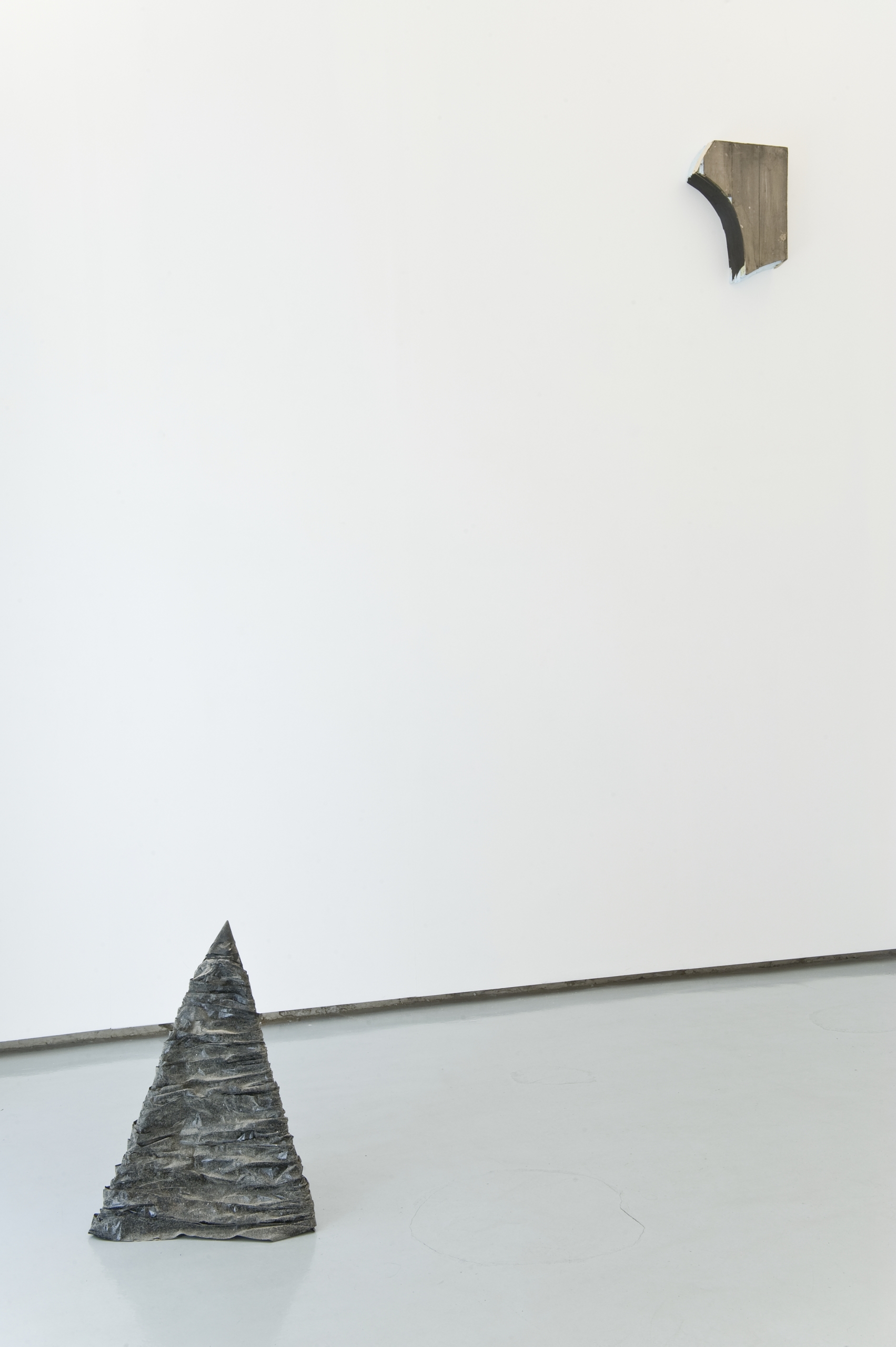 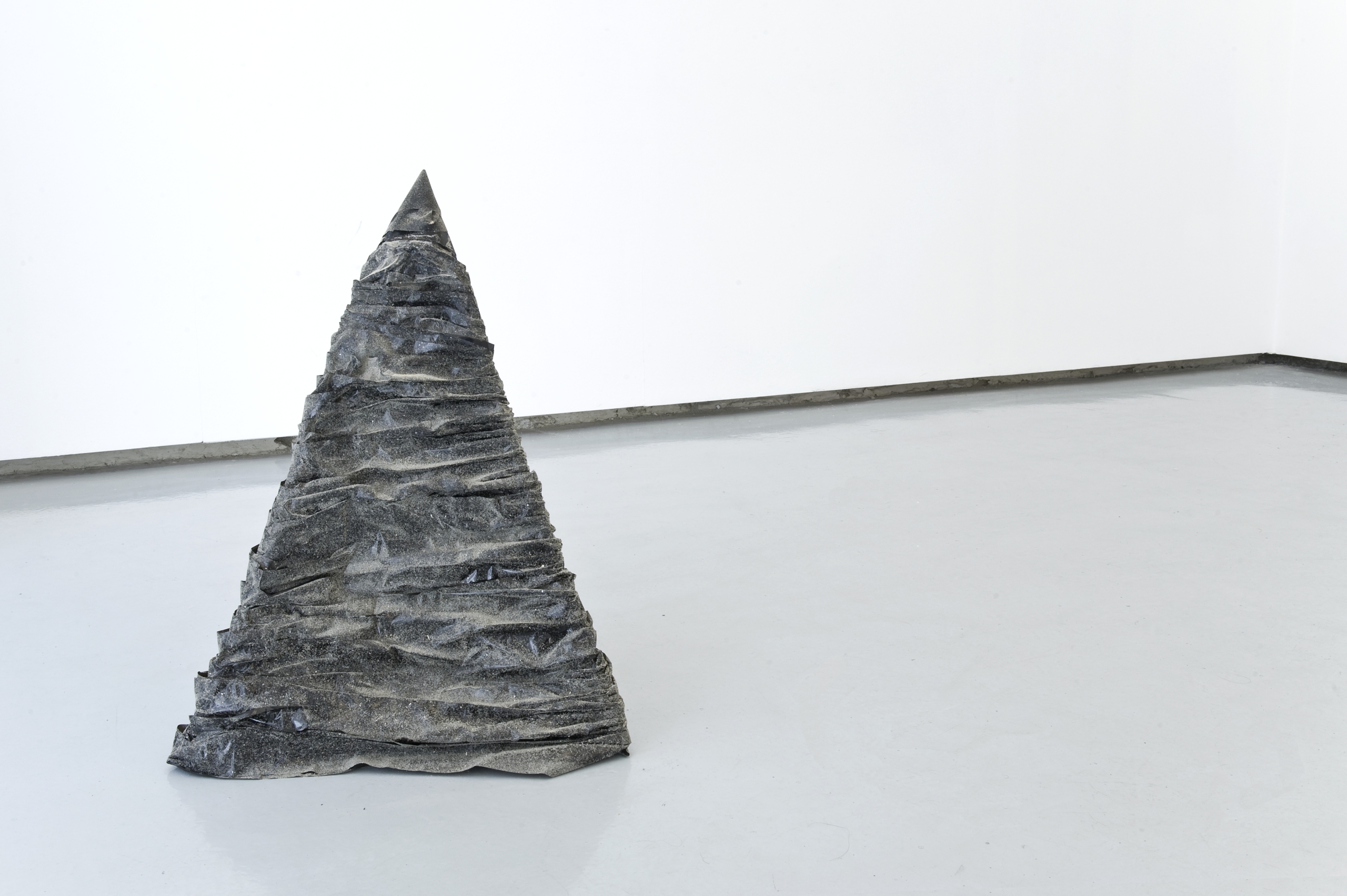 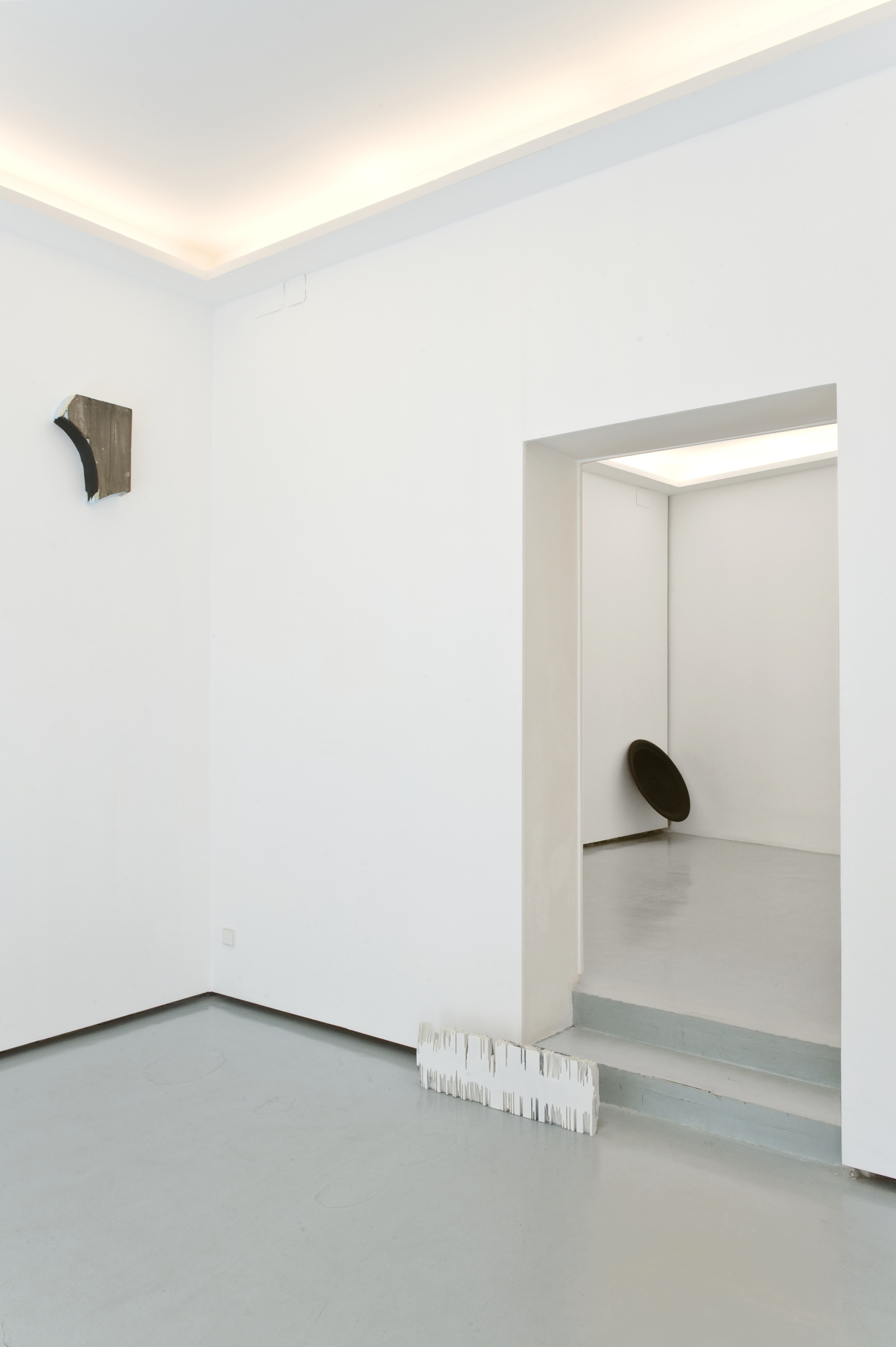 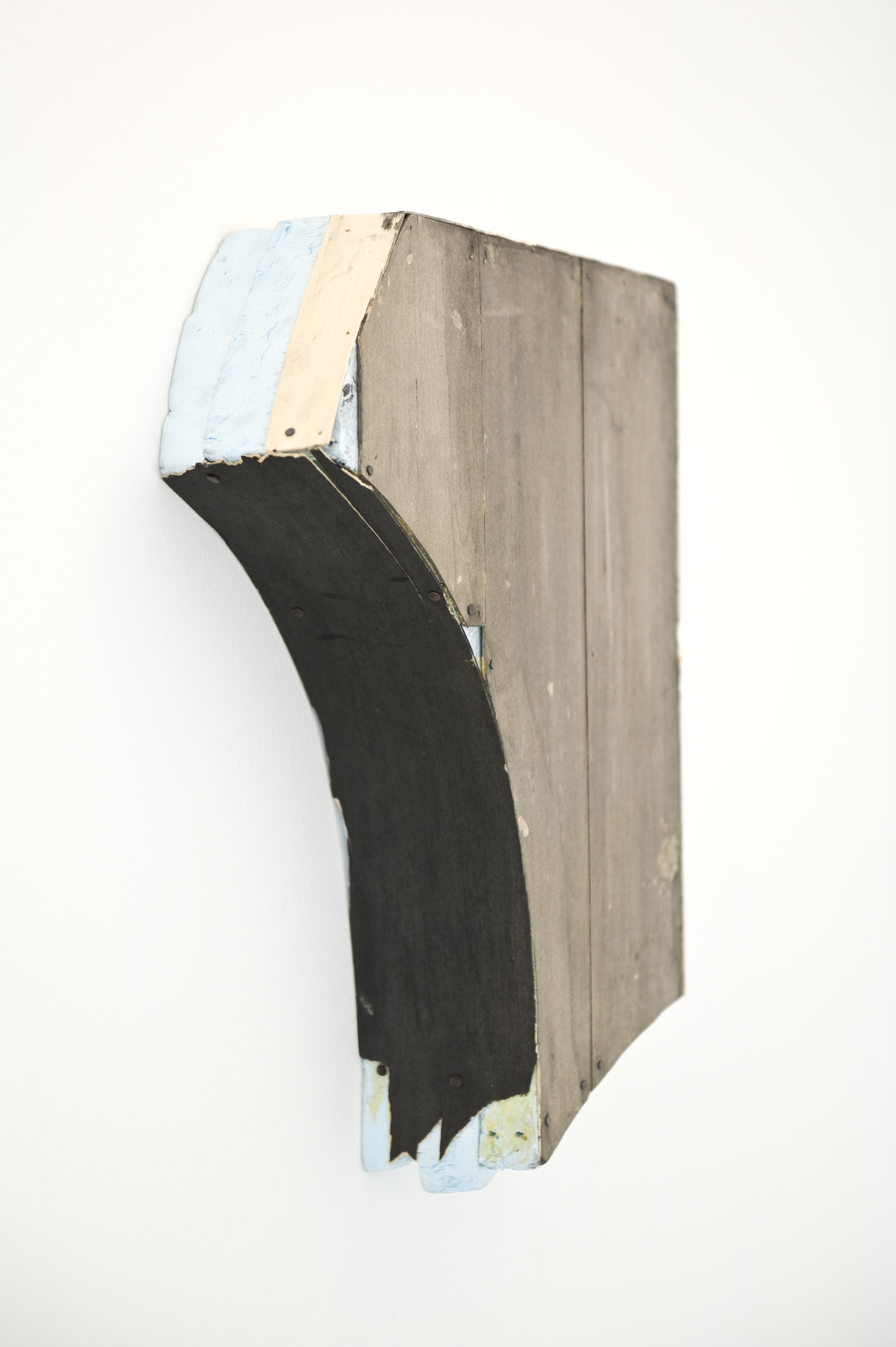 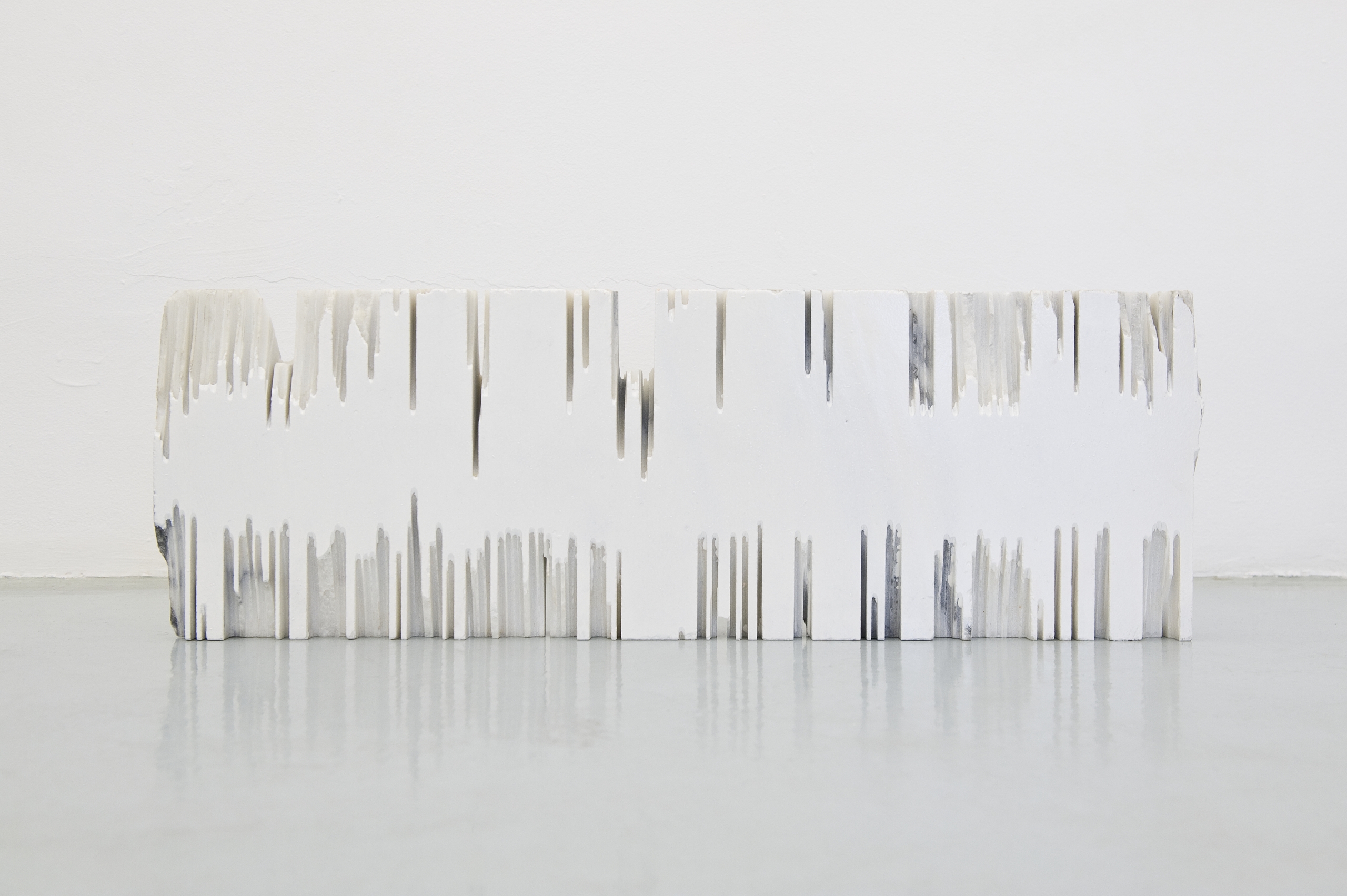 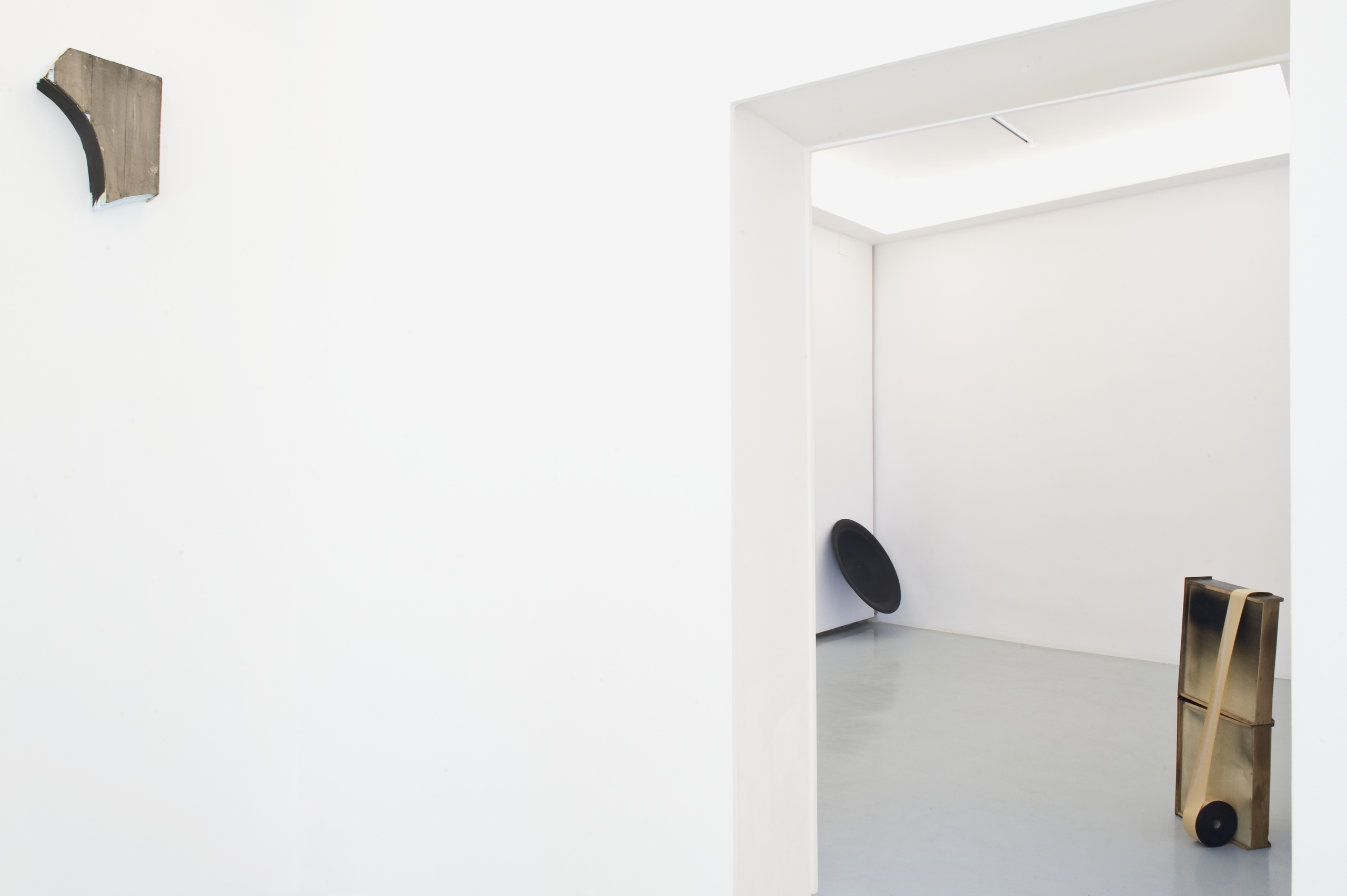 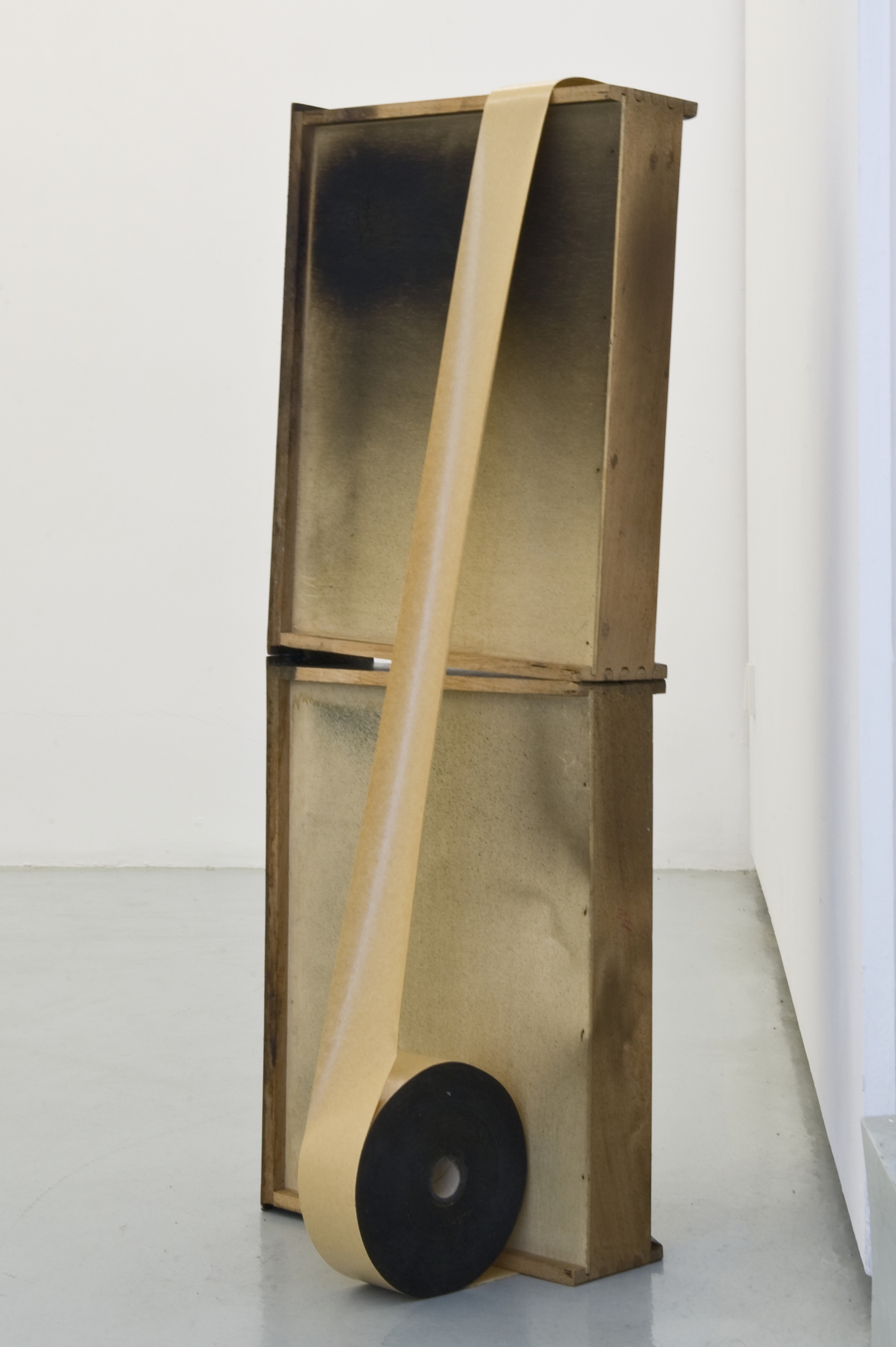 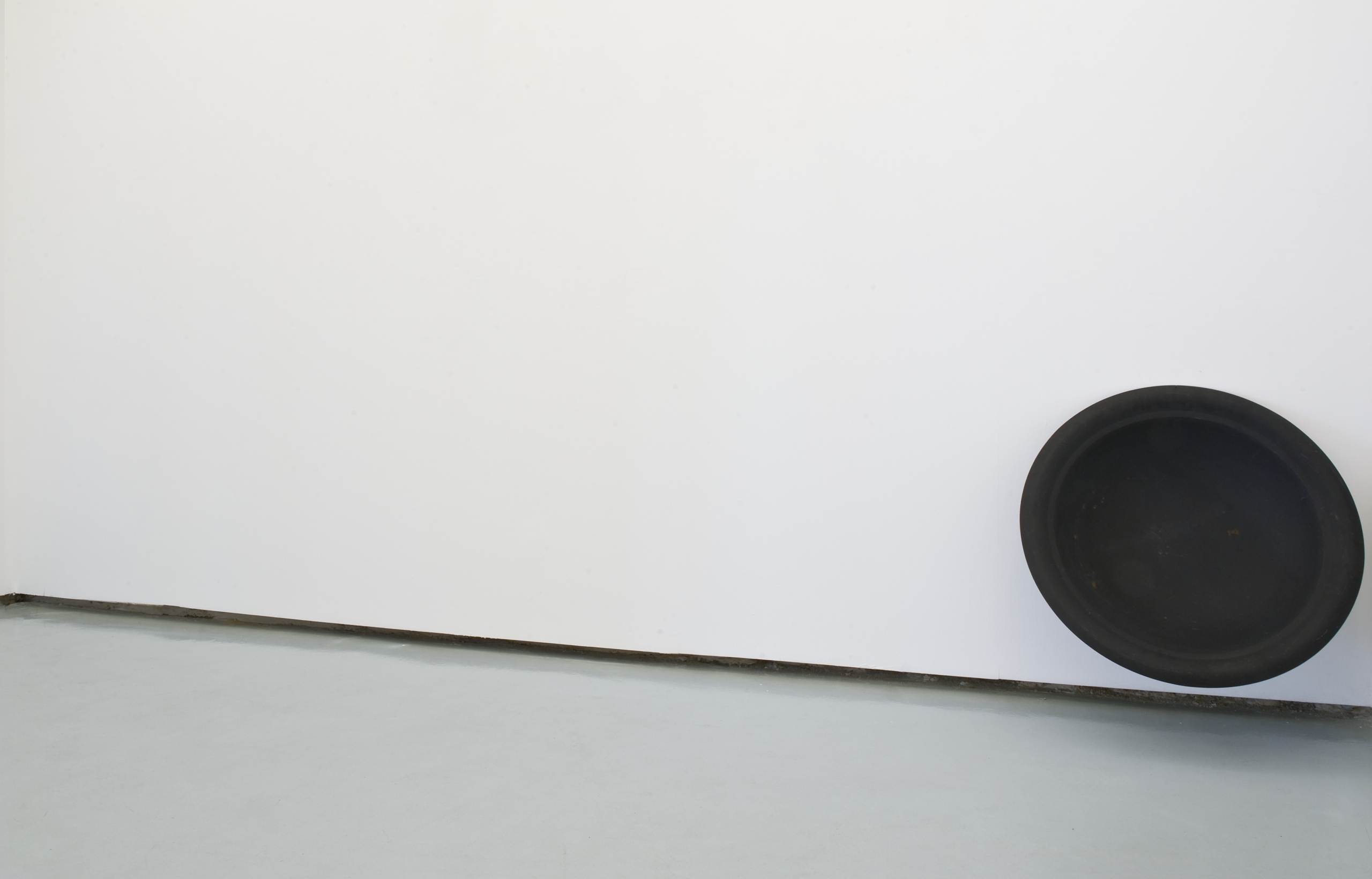 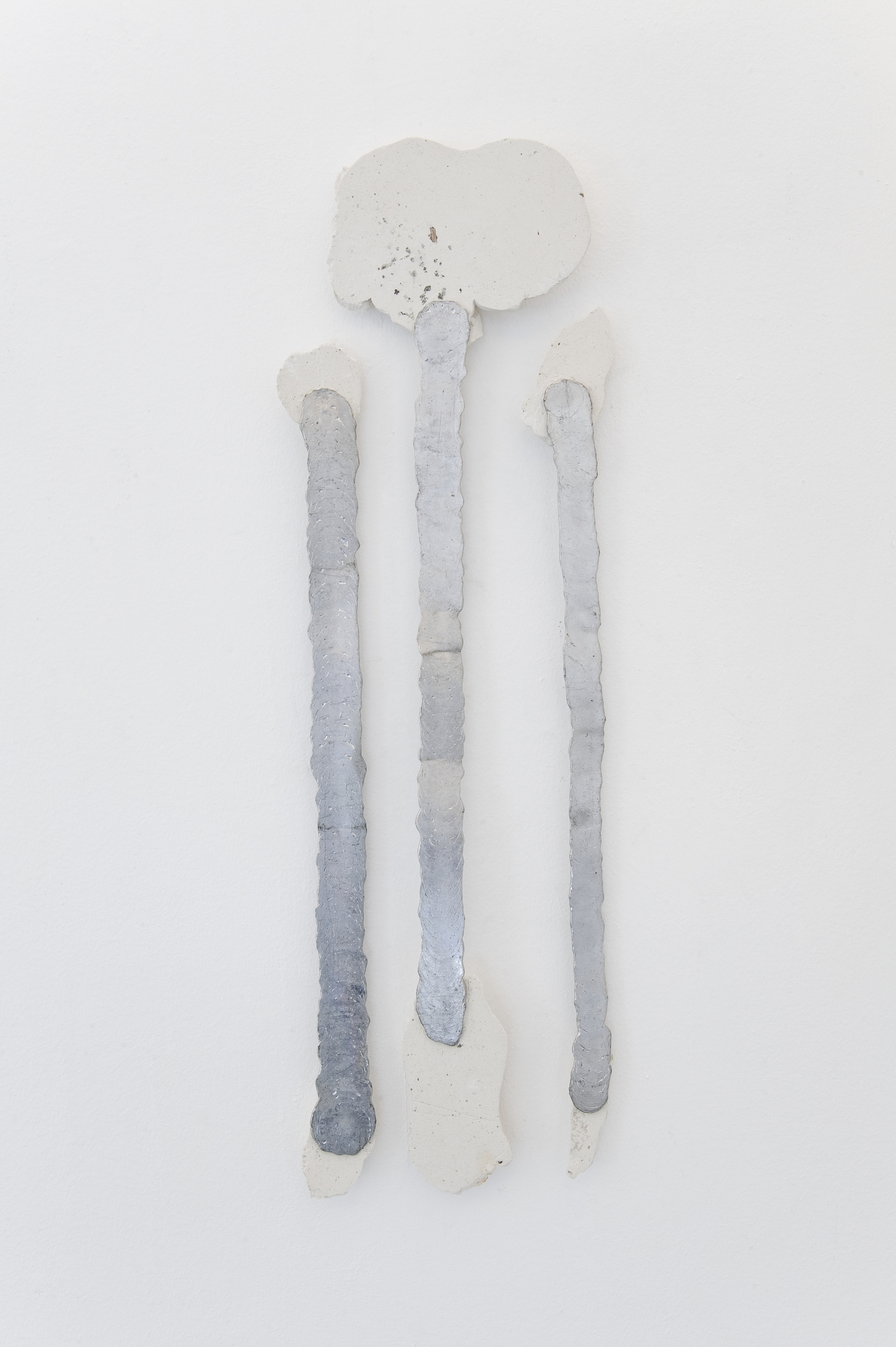 A year after Jugada a Tres Bandas 2012, Ana Santos is back exhibiting at The Goma, this time with a solo show.

The artist’s practice is generally predicated on a compilation of found objects and materials charged with a potential for transformation. In her studio, she is witness to an unfolding play where bodies interact in a territory much freer than reality, where the glossary of meanings is emptied, thus giving rise to possible (yet only possible) parallel narratives. During a fleeting state of openness, the artist first unravels the knot between different semantic spheres and then executes a simple, quick, intelligent gesture that slightly modifies the objects without falling back on second-order representation. Ana Santos’s approach to material functions on a basic level. She prefers to use little colour in order not to add another layer to the object, playing instead with ink and how it is absorbed by various materials to create a range of greys that changes over a time span that seems to have no end. Light wood, paper and cardboard are also highly suited for her engagement with drawing, often combined with heavy materials.

That said,it would be misleading to classify Ana Santos’s work within the tradition of arte povera. The artist’s intentions and attitude, and above all her justifications for the use of the various elements, are completely different. Nor can her works be described as readymadesor objets trouvés. Surrealist assemblages are random events that happen in a different semantic field where, furthermore, poeticism predominates over plasticity; while the distortion produced in a readymadedoes not involve change, only the foreclosing of the object’s assigned function, reducing it only to a sign of itself. On the other hand, Santos’s creations are visions without commentary, and are not compatible with a verbal discourse. They are closer in spirit to a haiku: the event cannot be named or defined, and the definition lies in the gesture itself. The materials and objects the artist uses remain recognisable for what they are, and the modifications barely involve any change of meaning. They are just a door slightly ajar suddenly shut by the wind caused by the blink of an eye.

“… the artist first unravels the knot between different semantic spheres and then executes a simple, quick, intelligent gesture that slightly modifies the objects without falling back on second-order representation”.