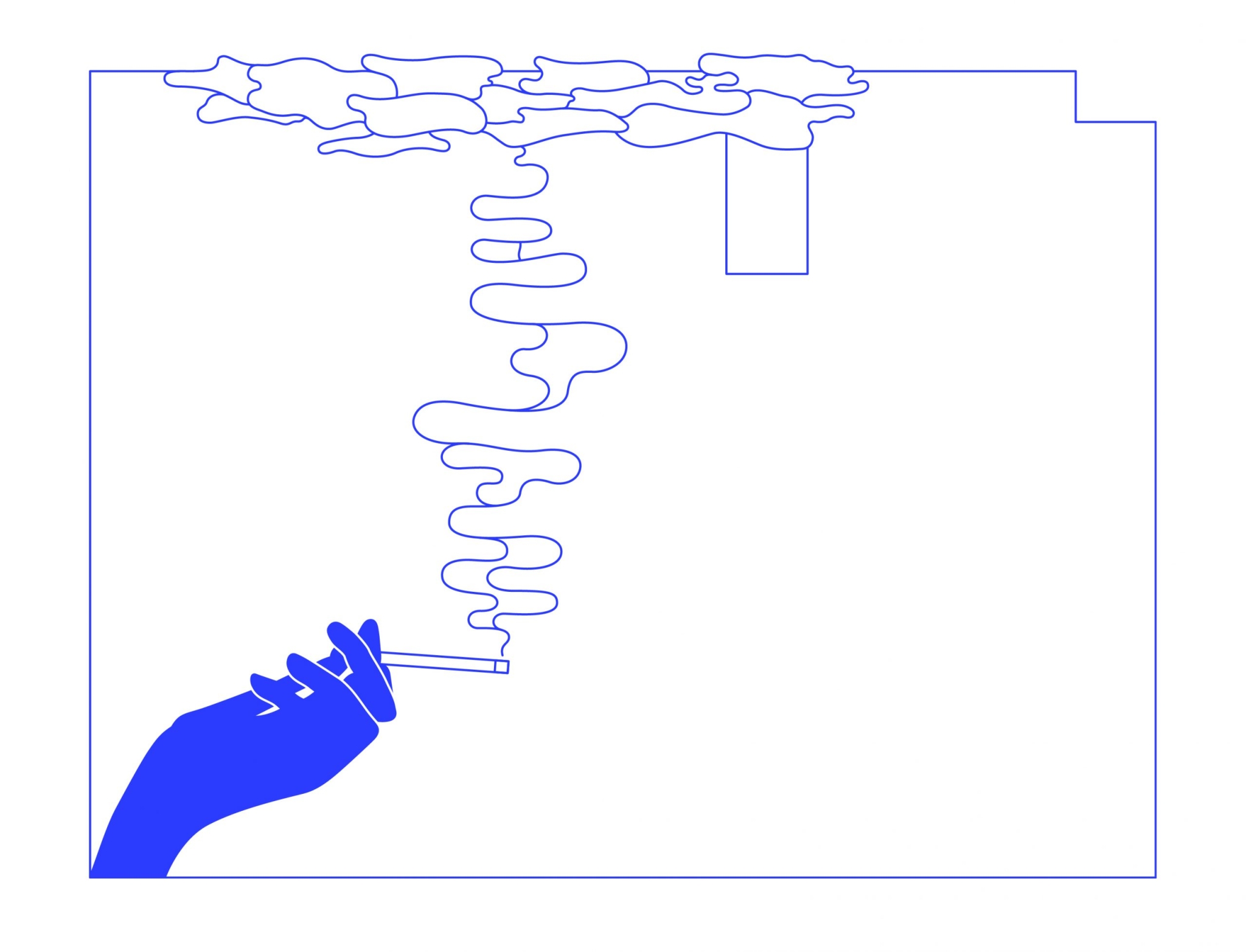 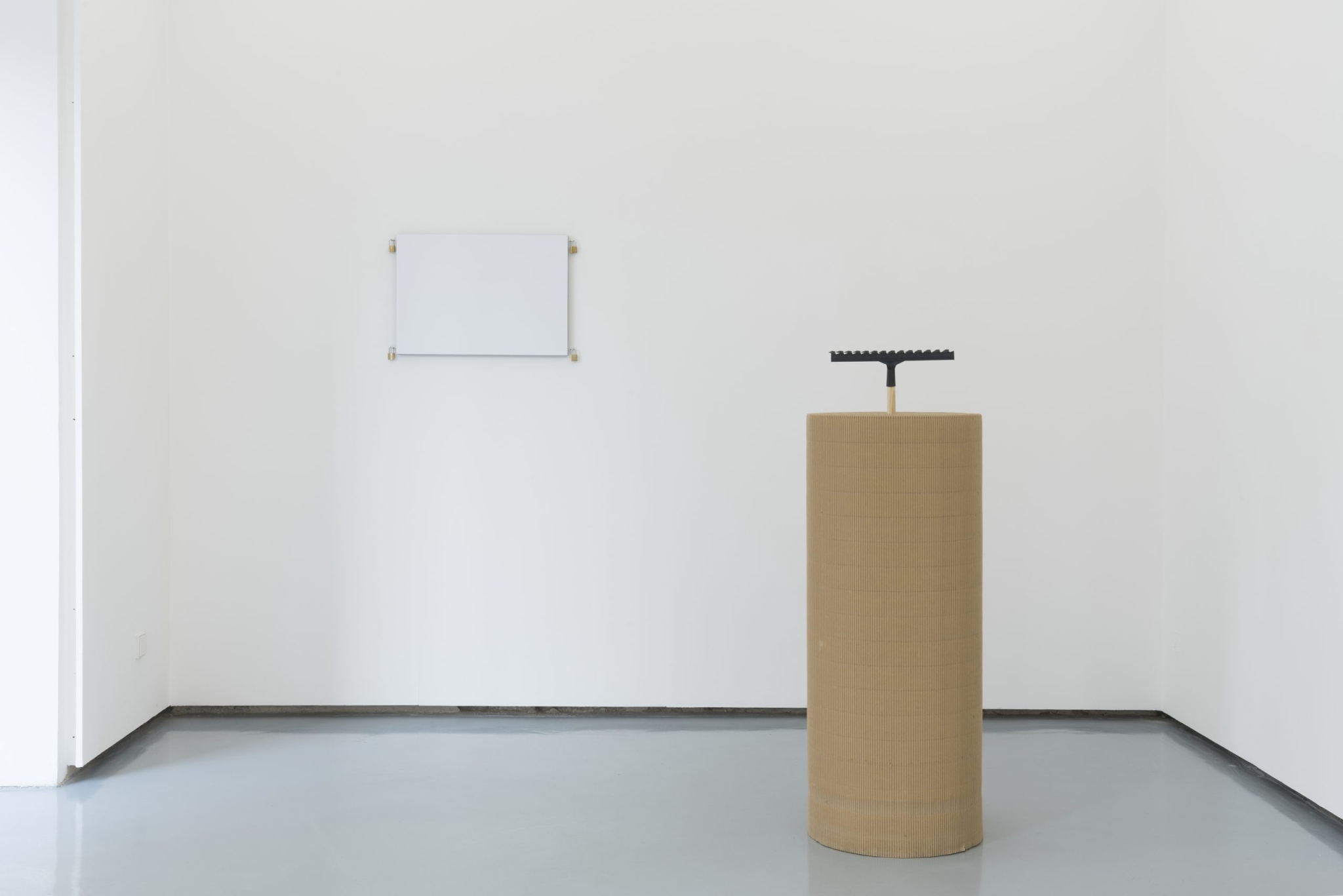 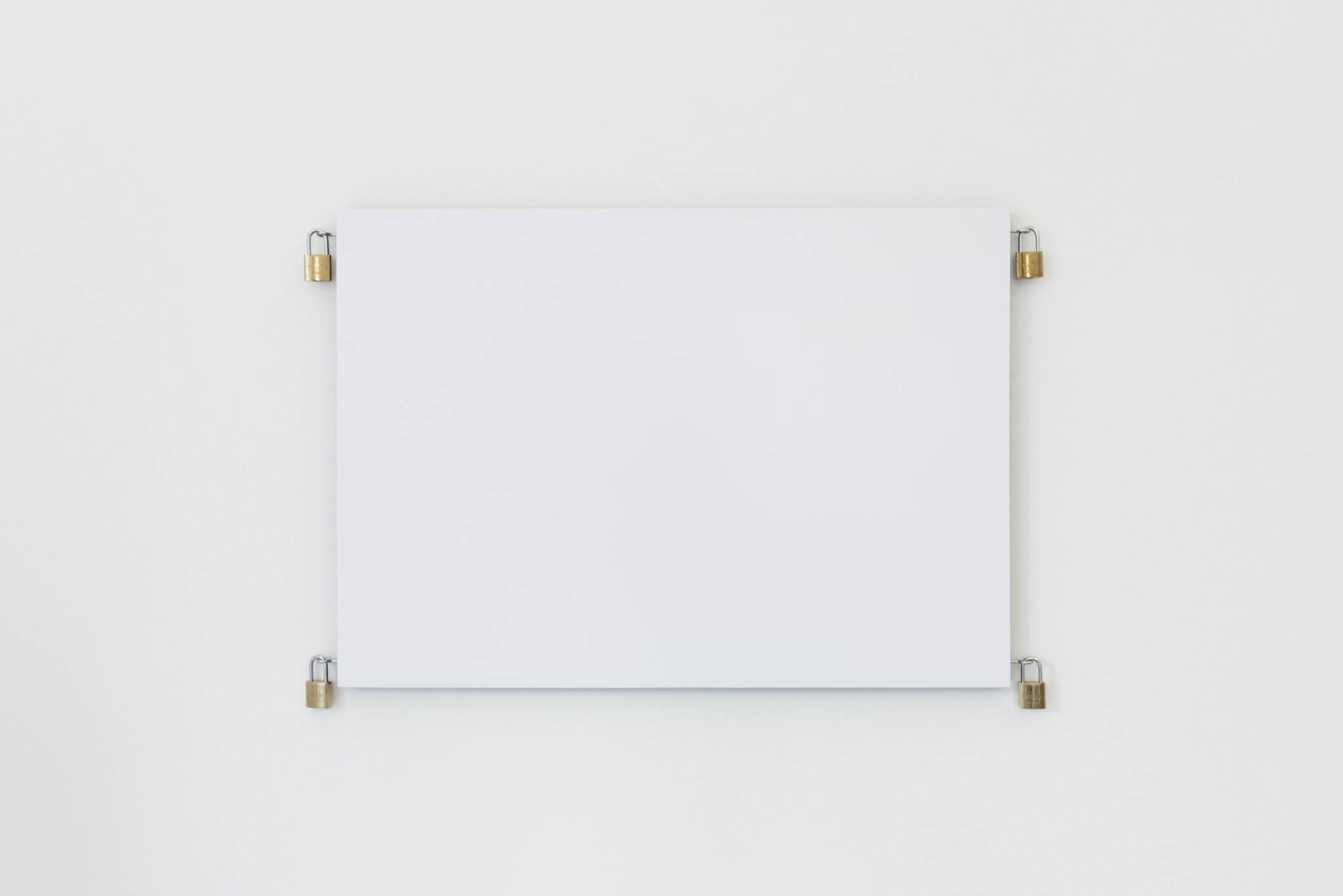 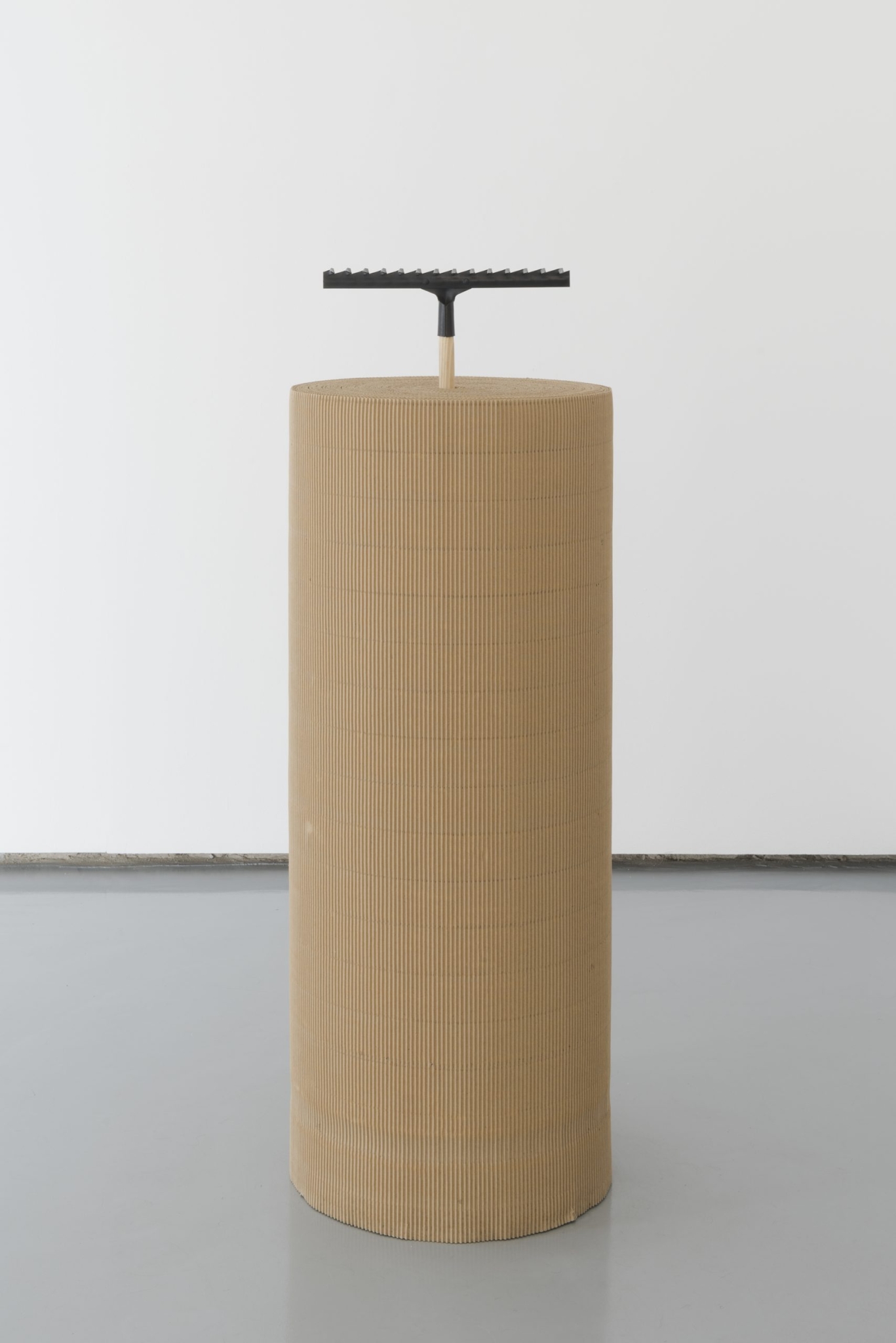 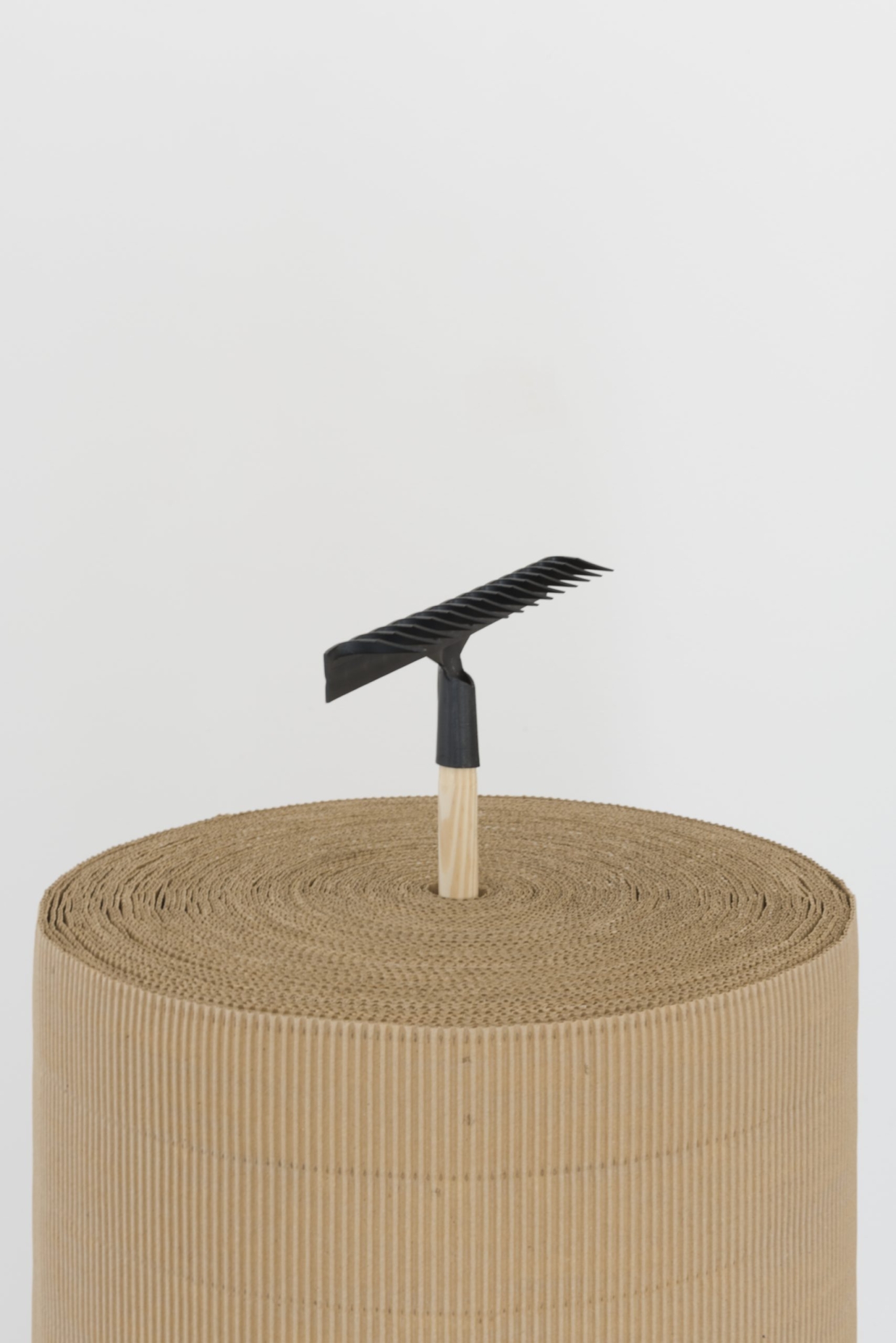 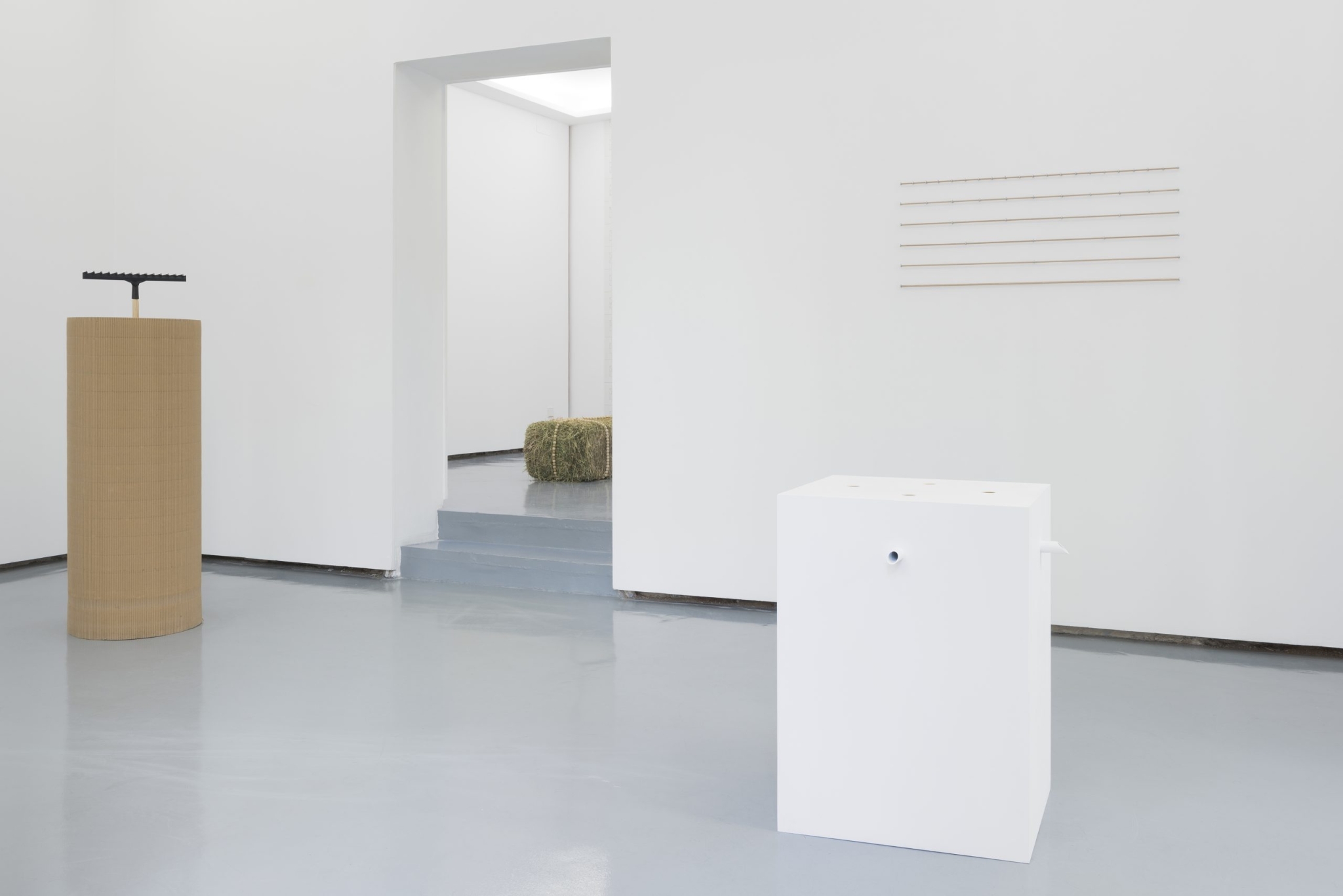 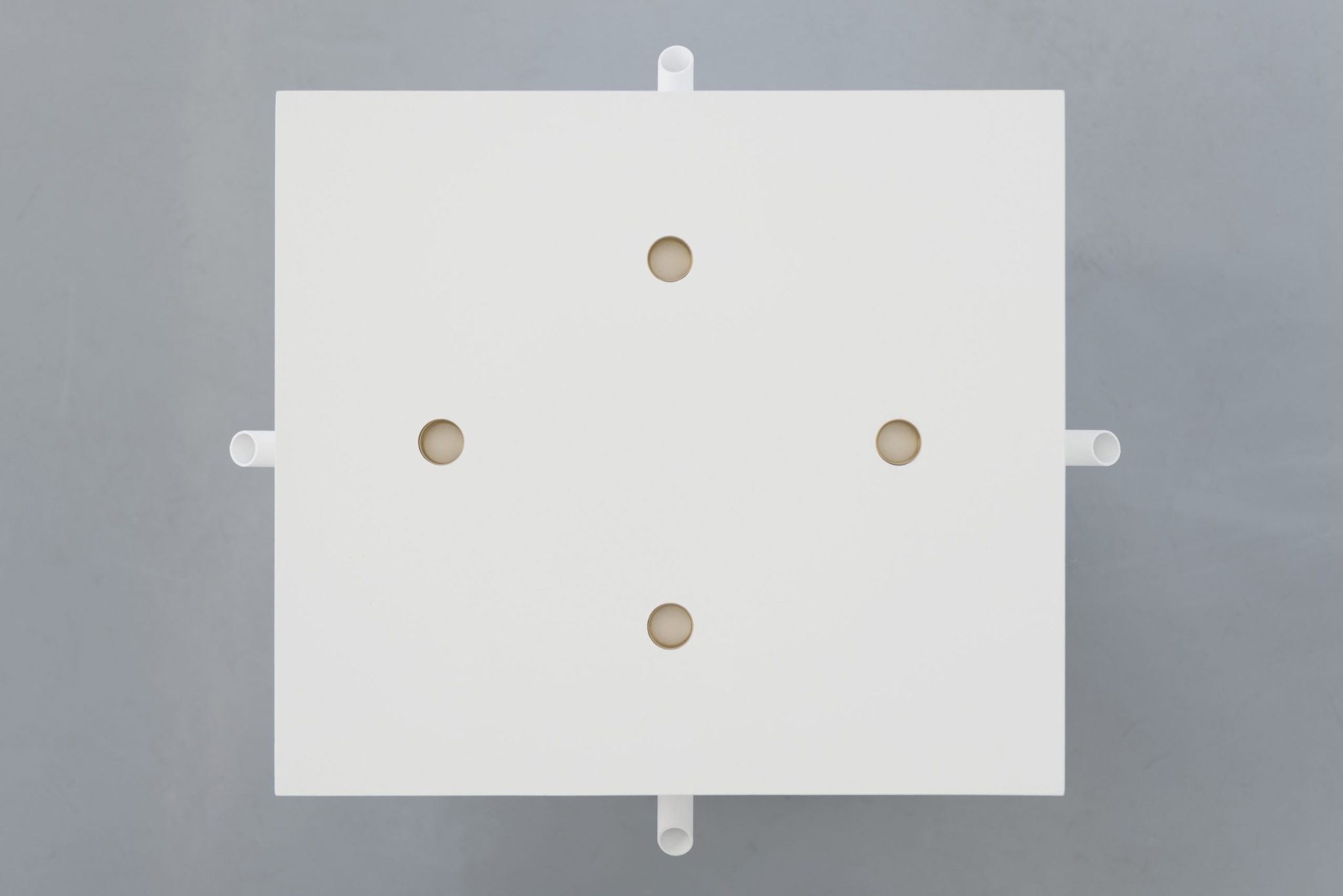 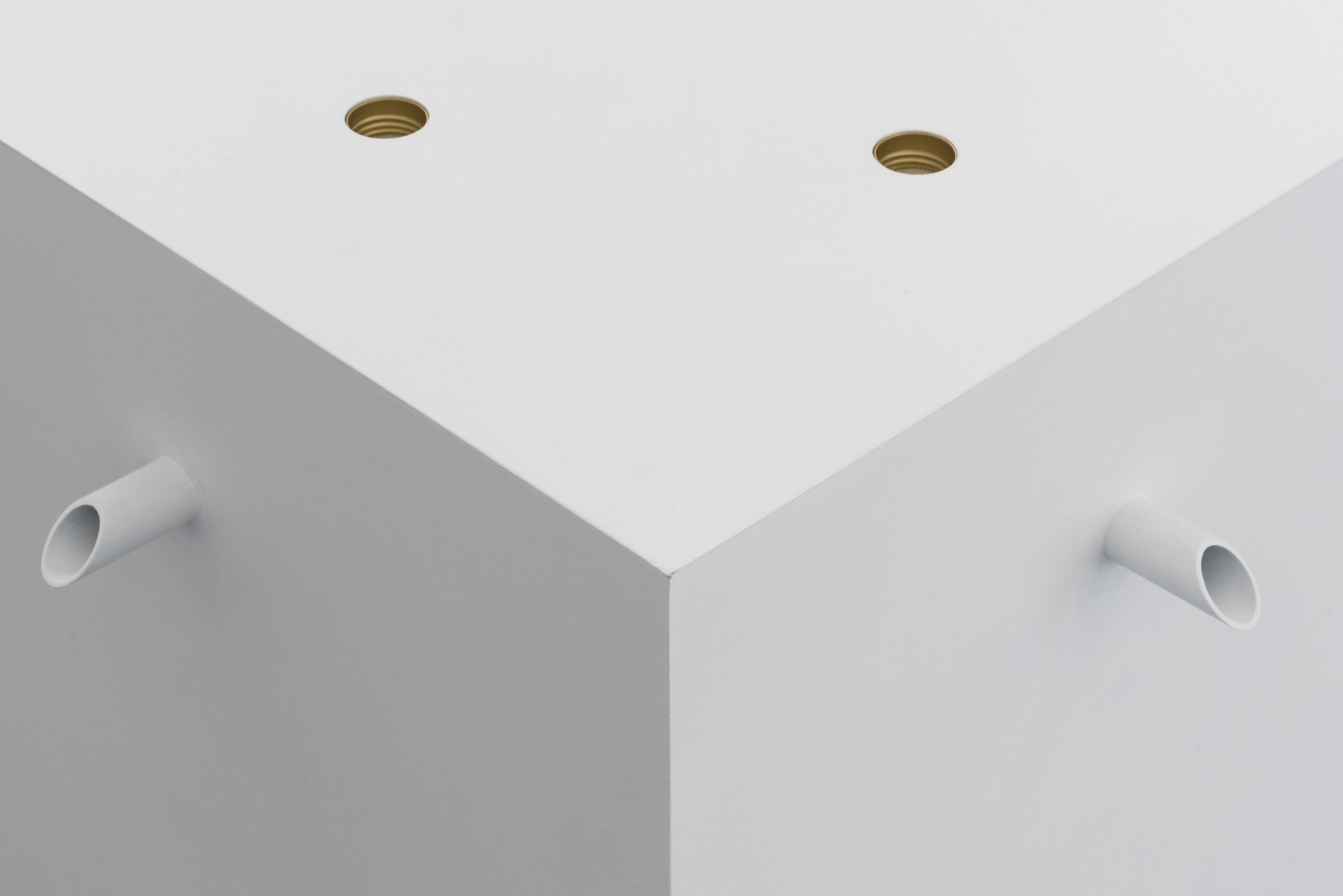 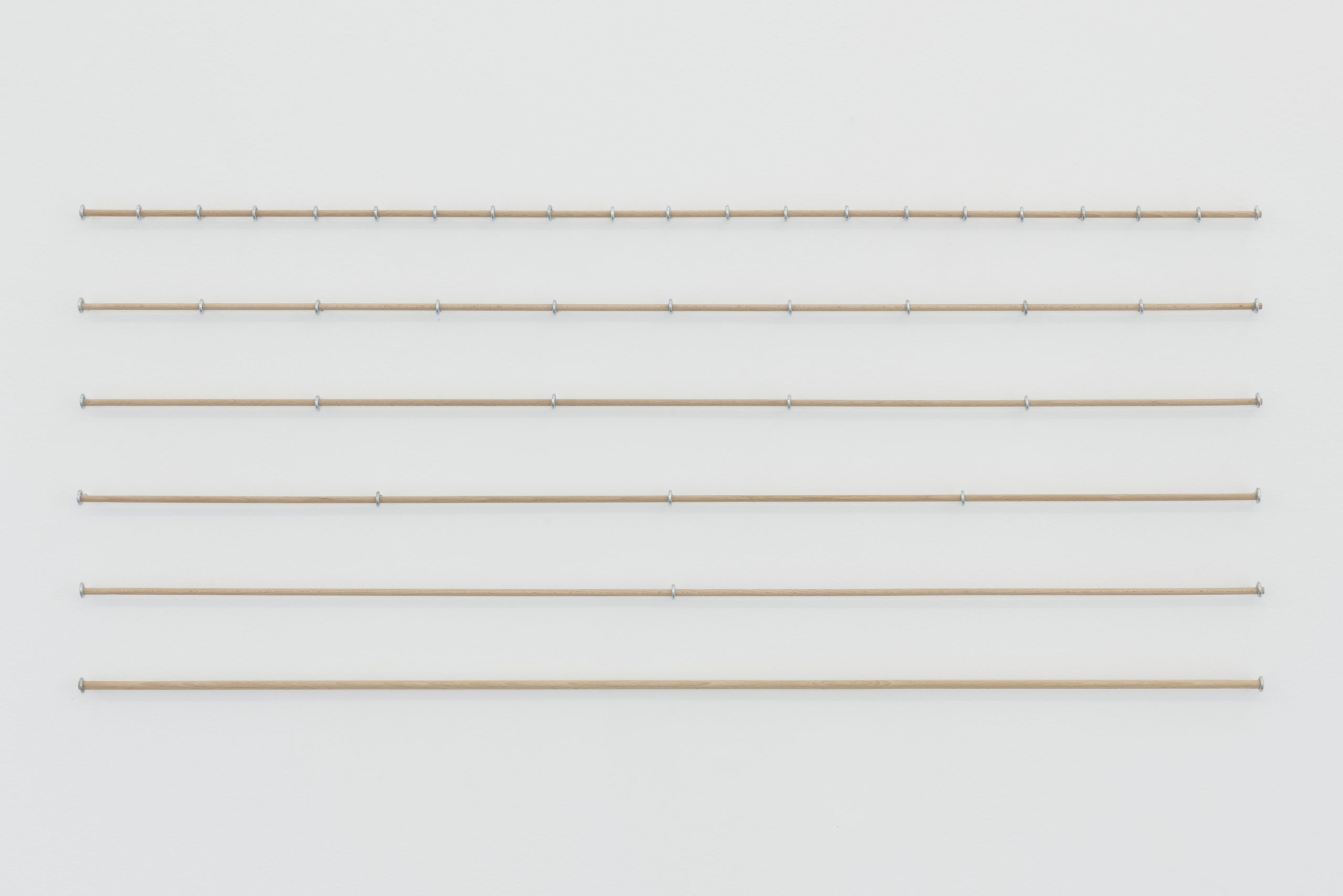 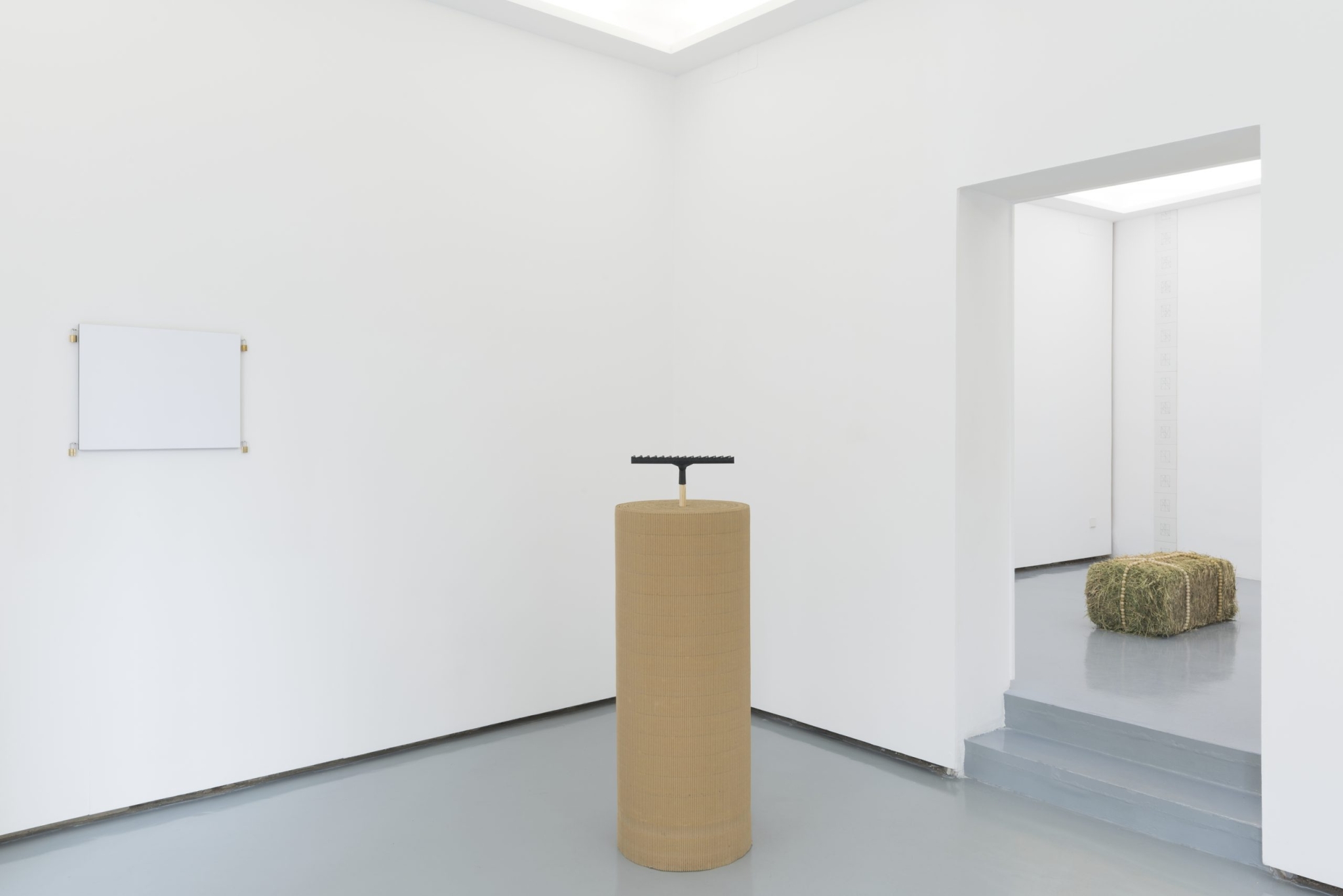 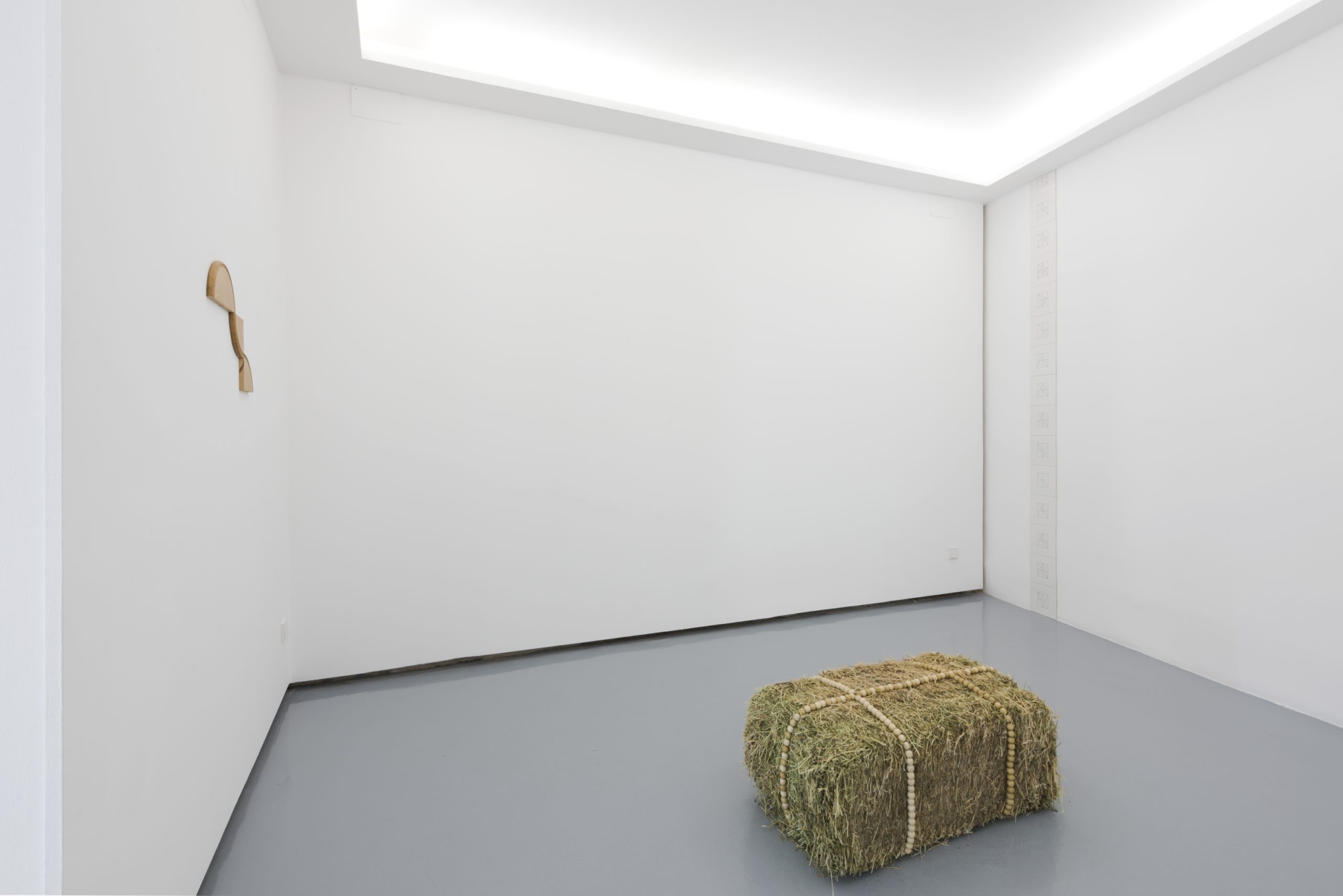 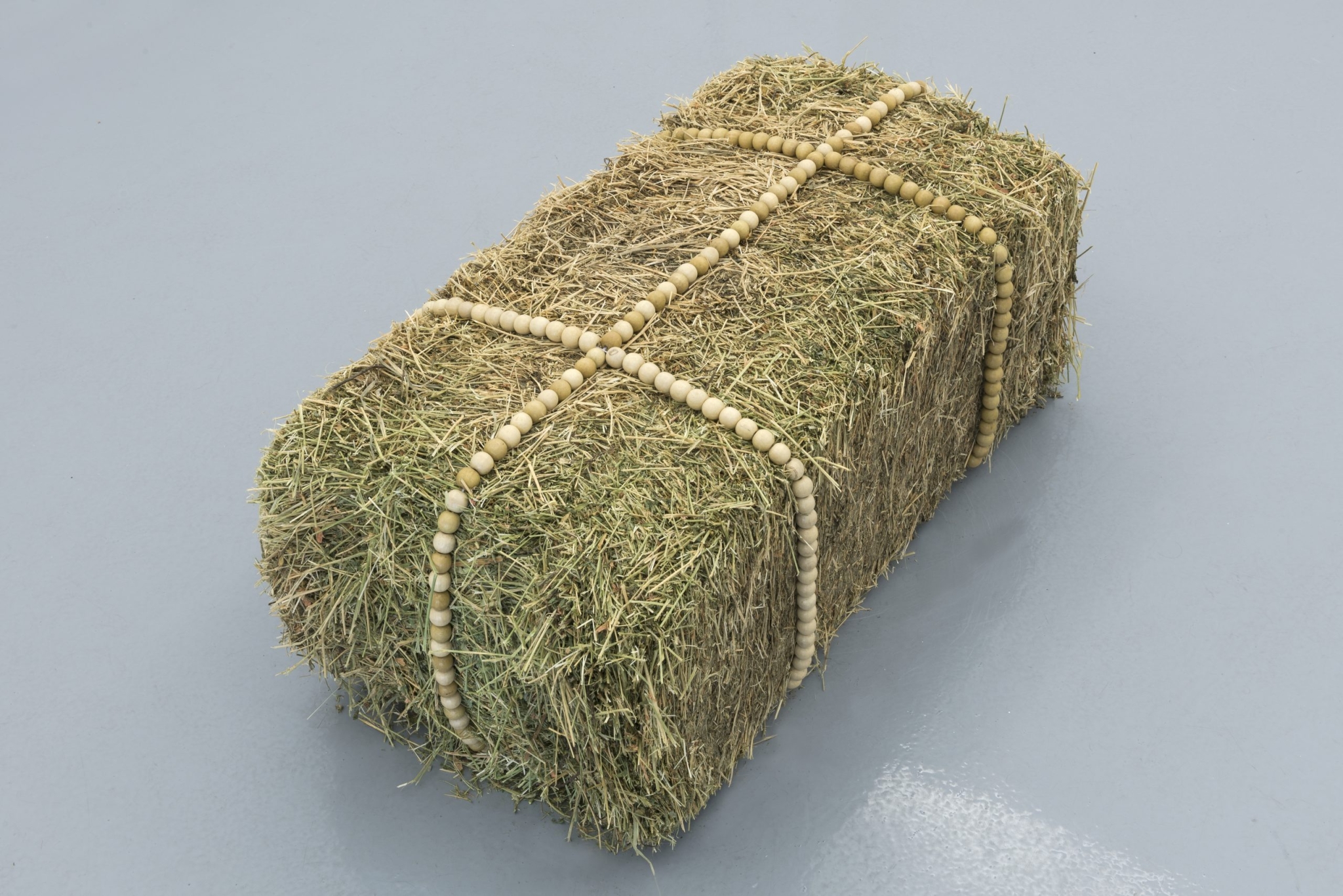 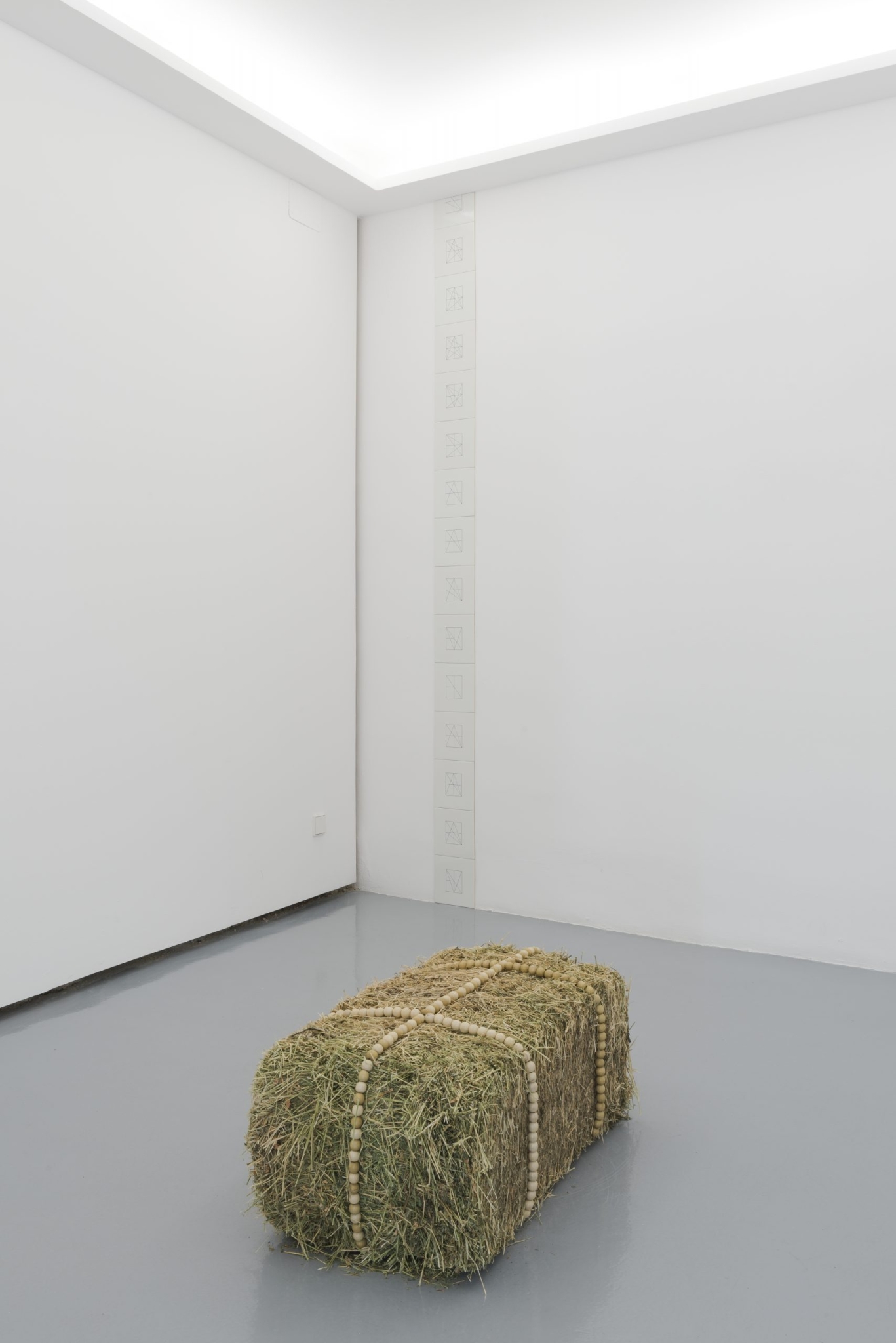 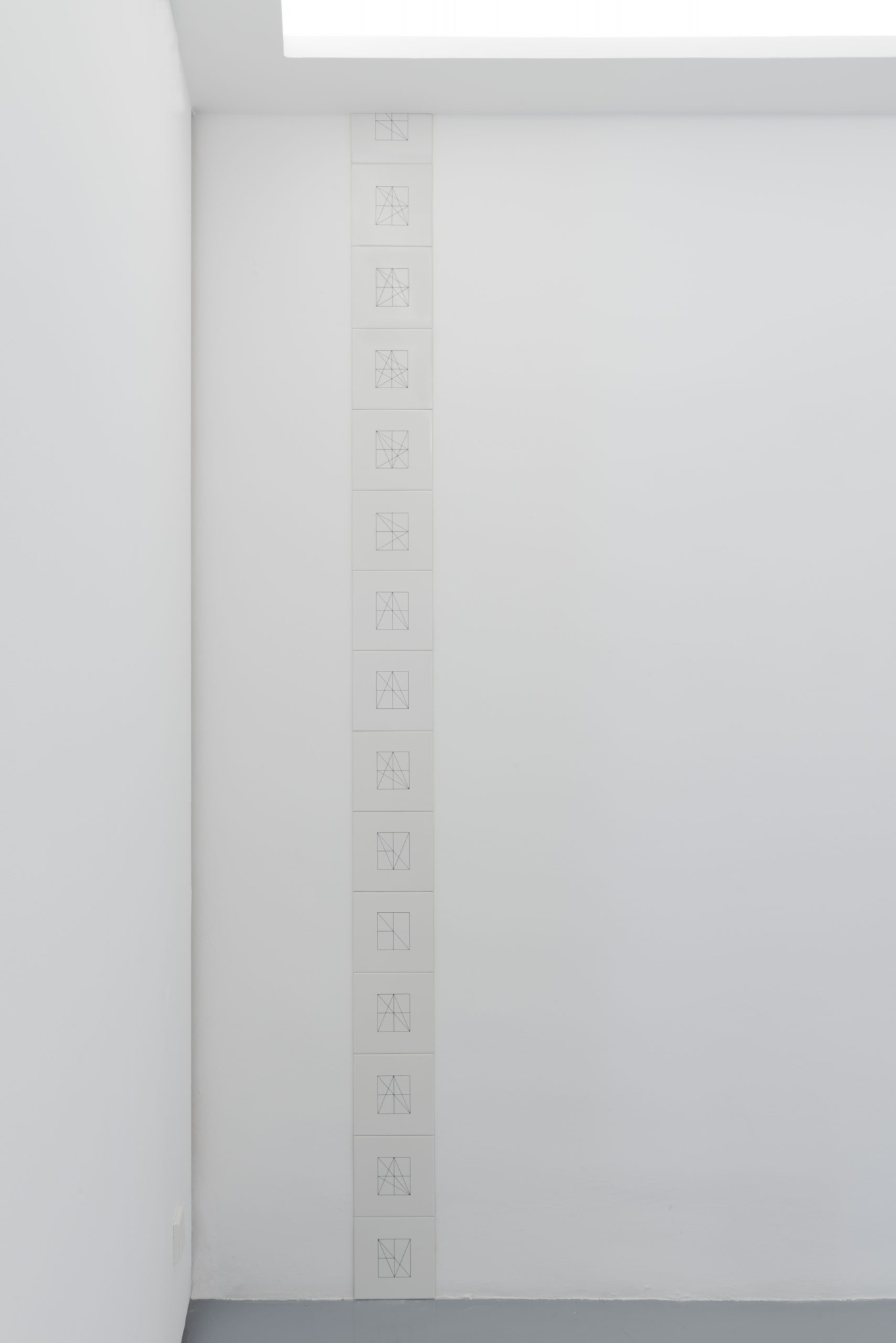 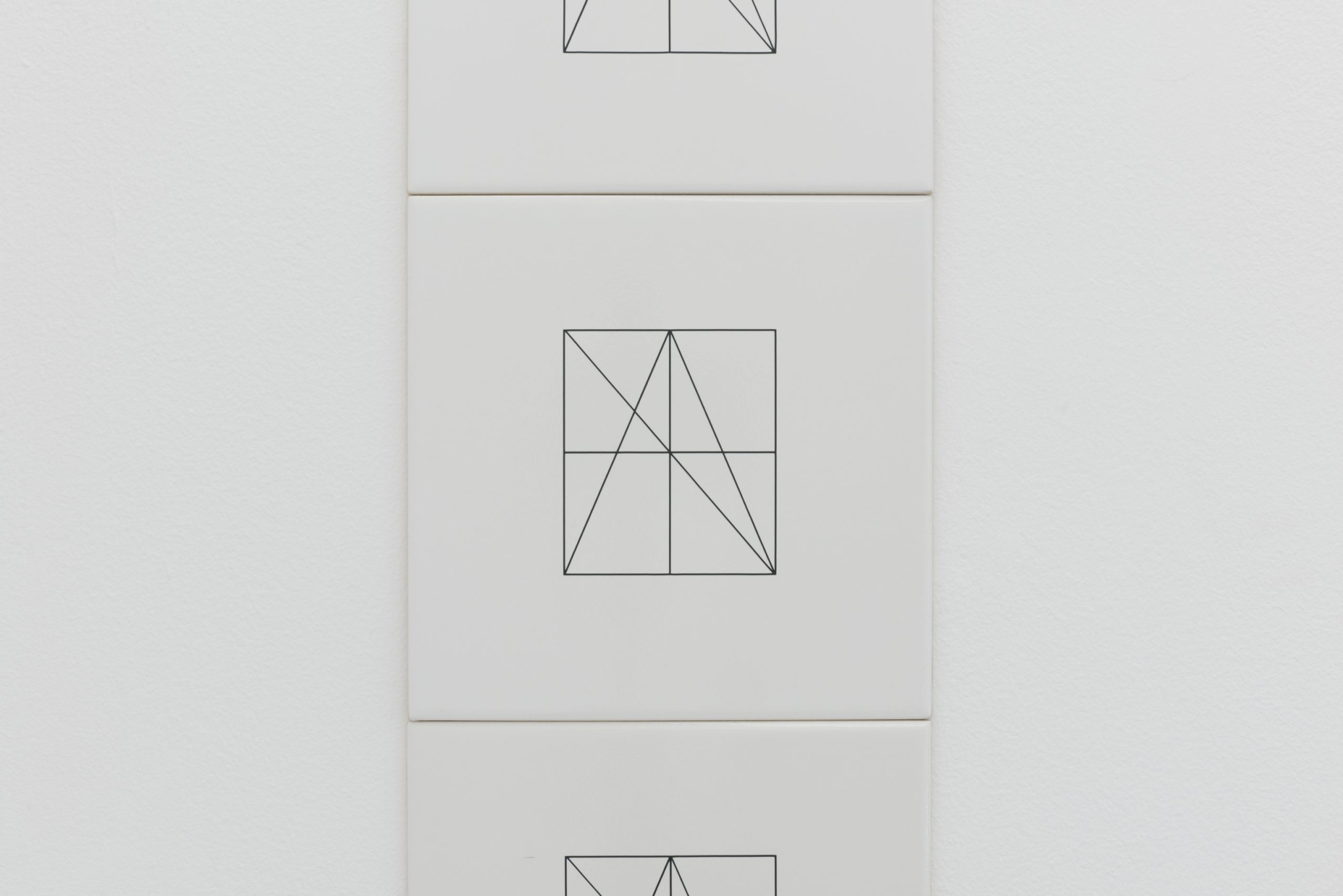 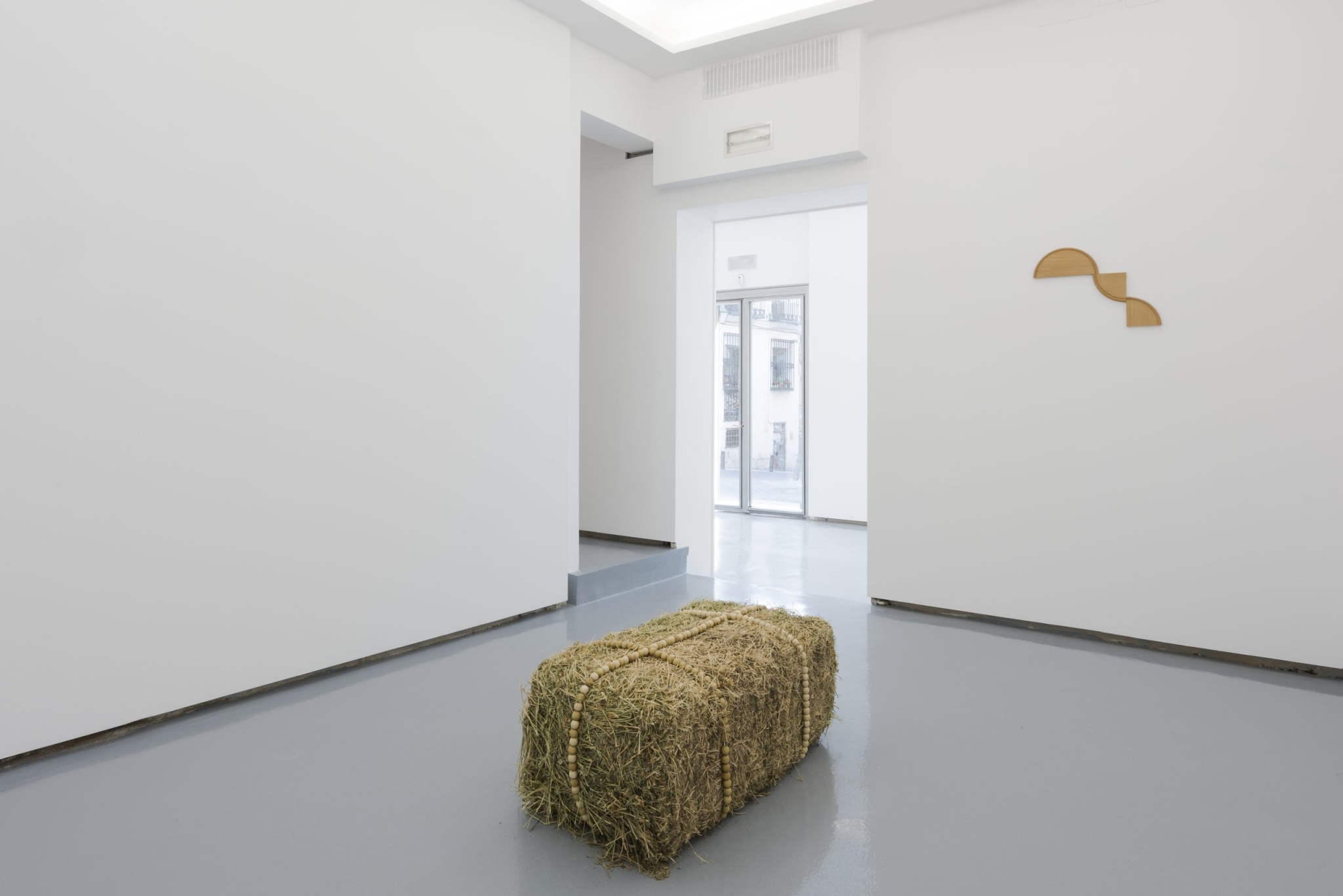 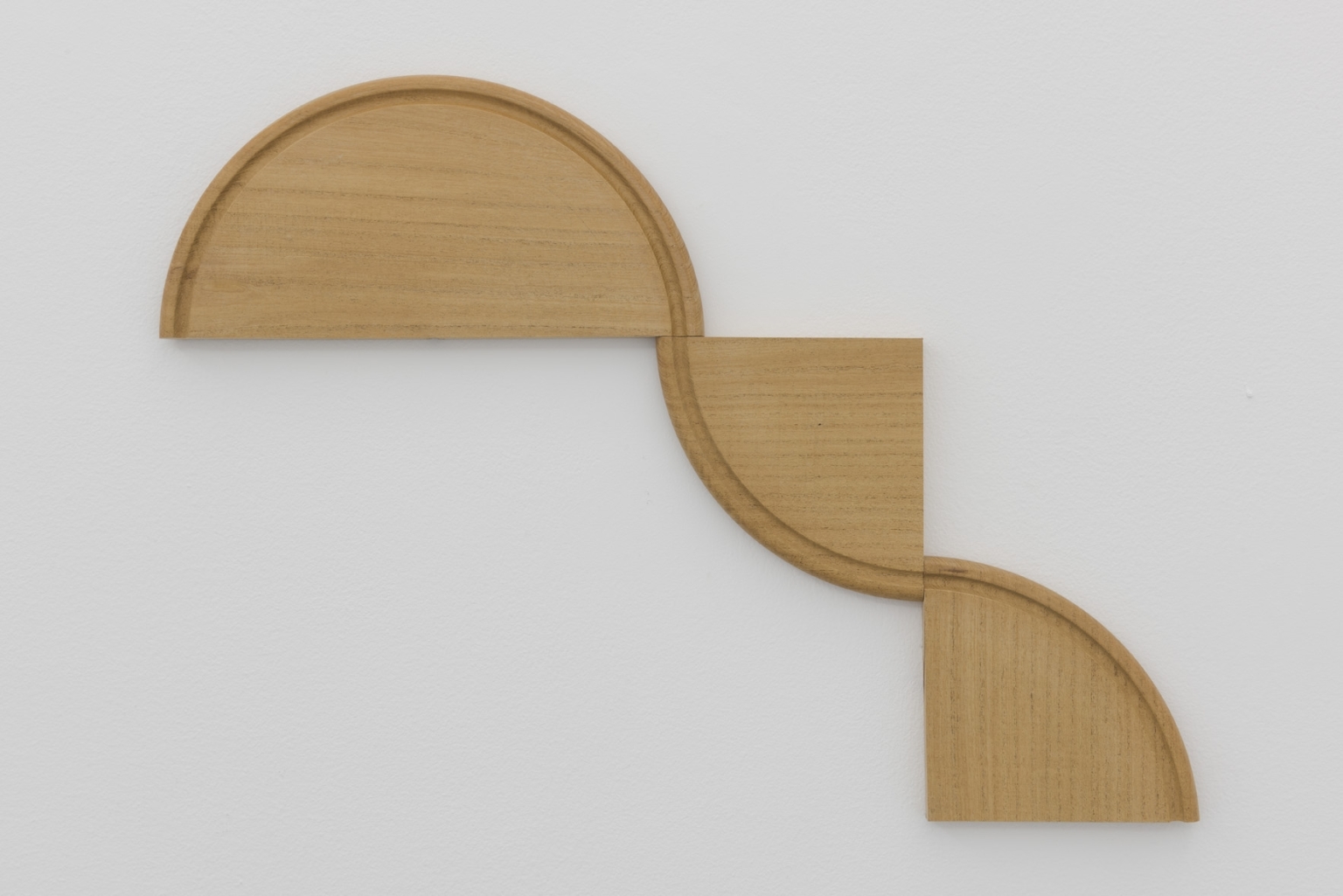 Lontano is Pablo Accinelli’s first one-person show in Spain. Similarly to the titles of some of his recent exhibitions (Técnicas pasivas, Cae la tarde, Todo el tiempo), here he once again underscores a state of observation, leveraging a distanced imprint in the diversity of forms presented. Unlike his previous works, the materials describe a rural landscape while the use potential of other pieces is more associated with measuring tools. This potential creates a sensation of waiting or the latency we have come to expect from the artist’s practice: the horizon is closer and analysable in works that cryptically measure their inner and outer space, while at once annulling the difference between rural and industrial in his making.

The appearance of patterns that form internal durations and the representation of fluids in some objects on exhibit are based on the use of repetition. Like the echoing of bells, it is the repetition that formulates an expansive space in the exhibition to be physically or mentally inhabited. The beholder, not without a certain difficulty, is invited into these projections and asked to engage with this changeable and suspended gaze.

“Unlike his previous works, the materials describe a rural landscape while the use potential of other pieces is more associated with measuring tools”.