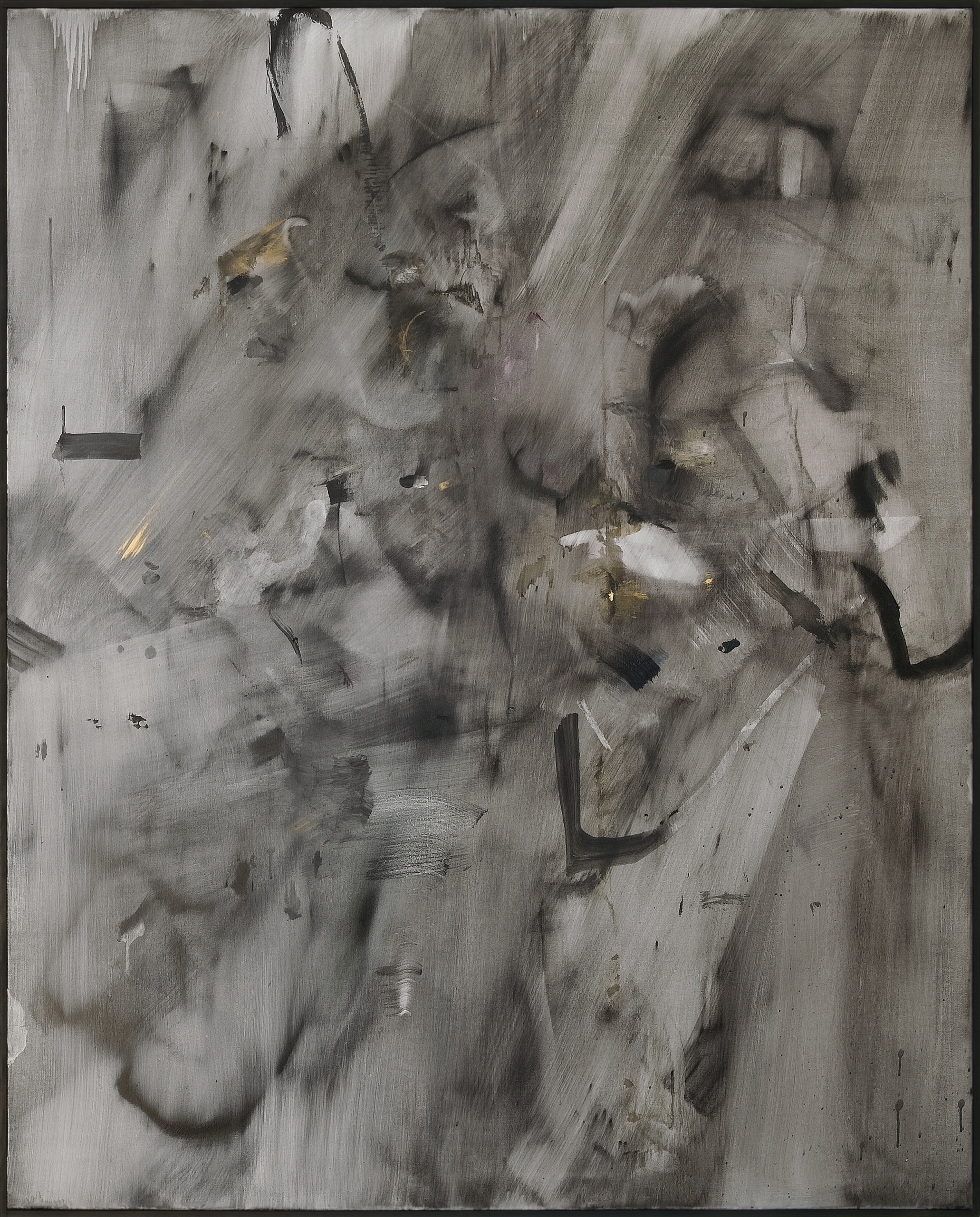 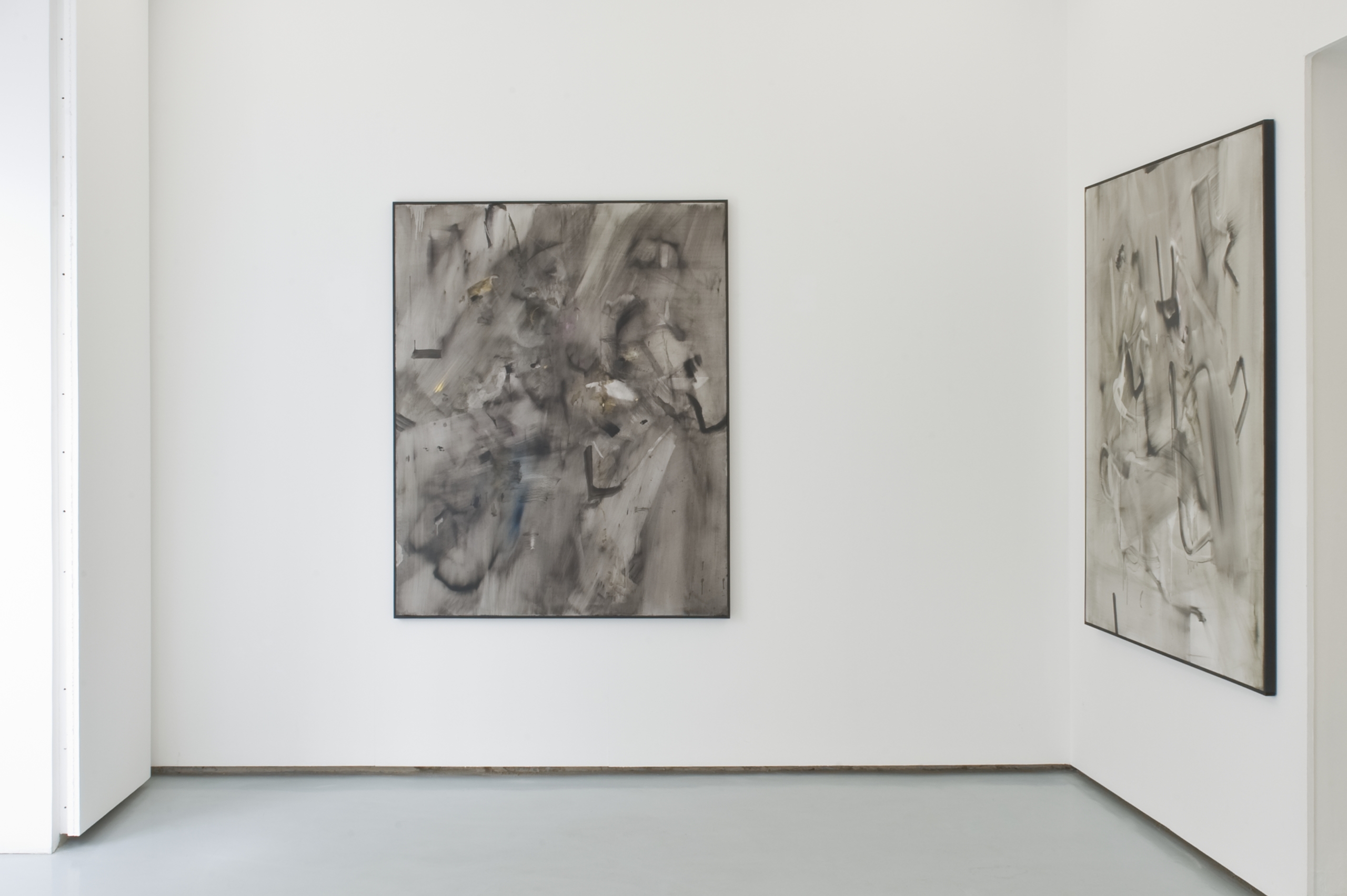 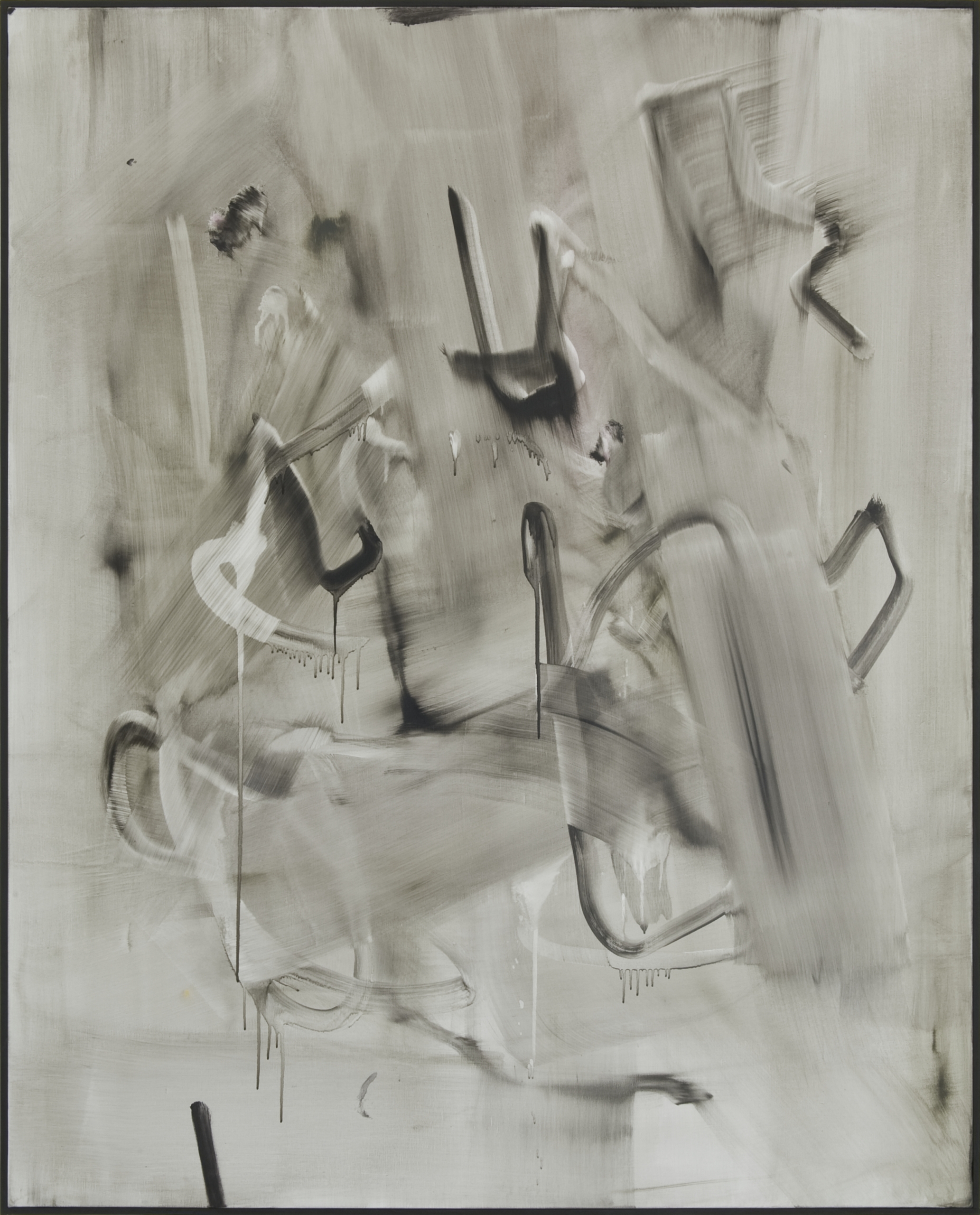 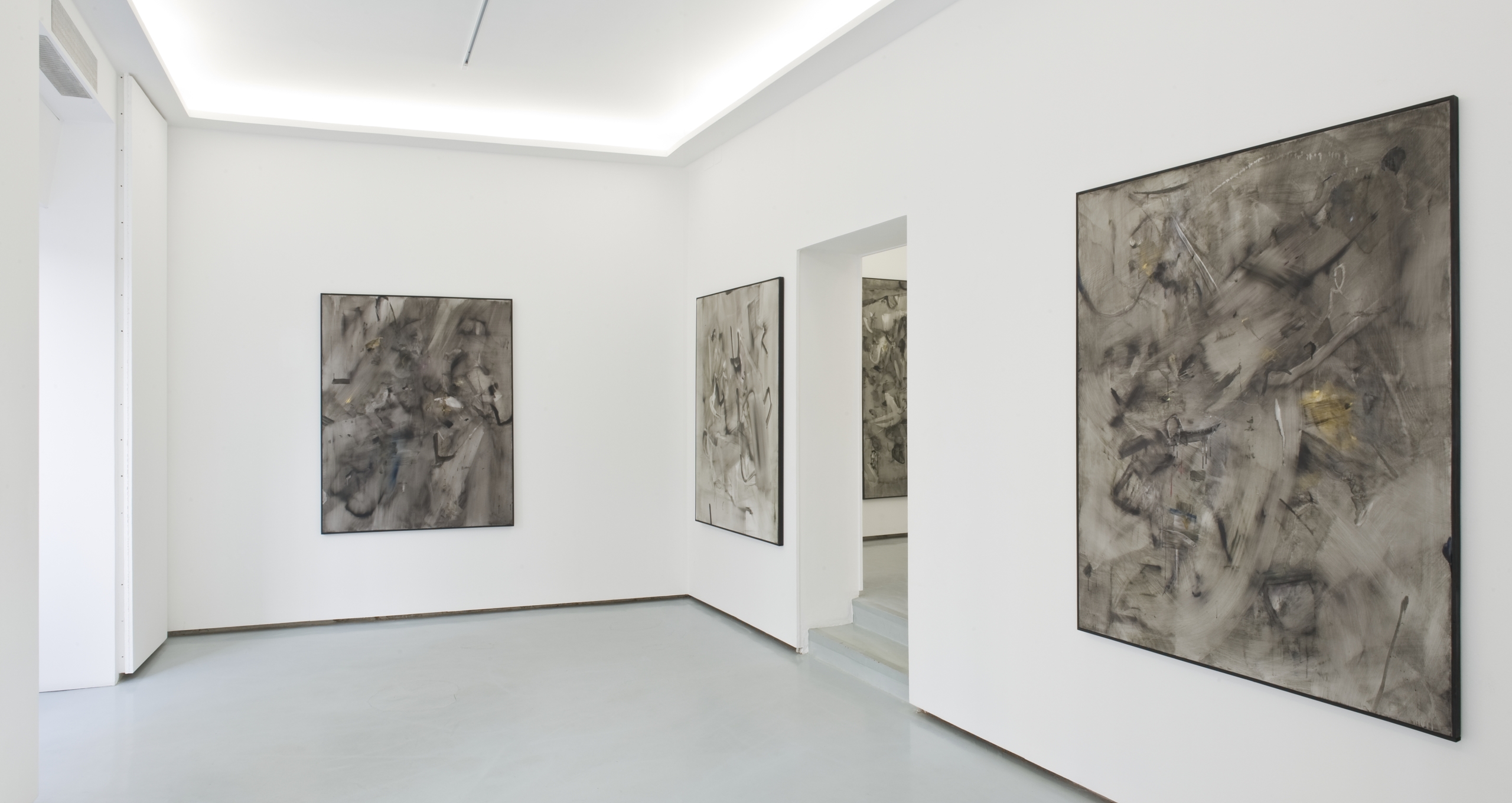 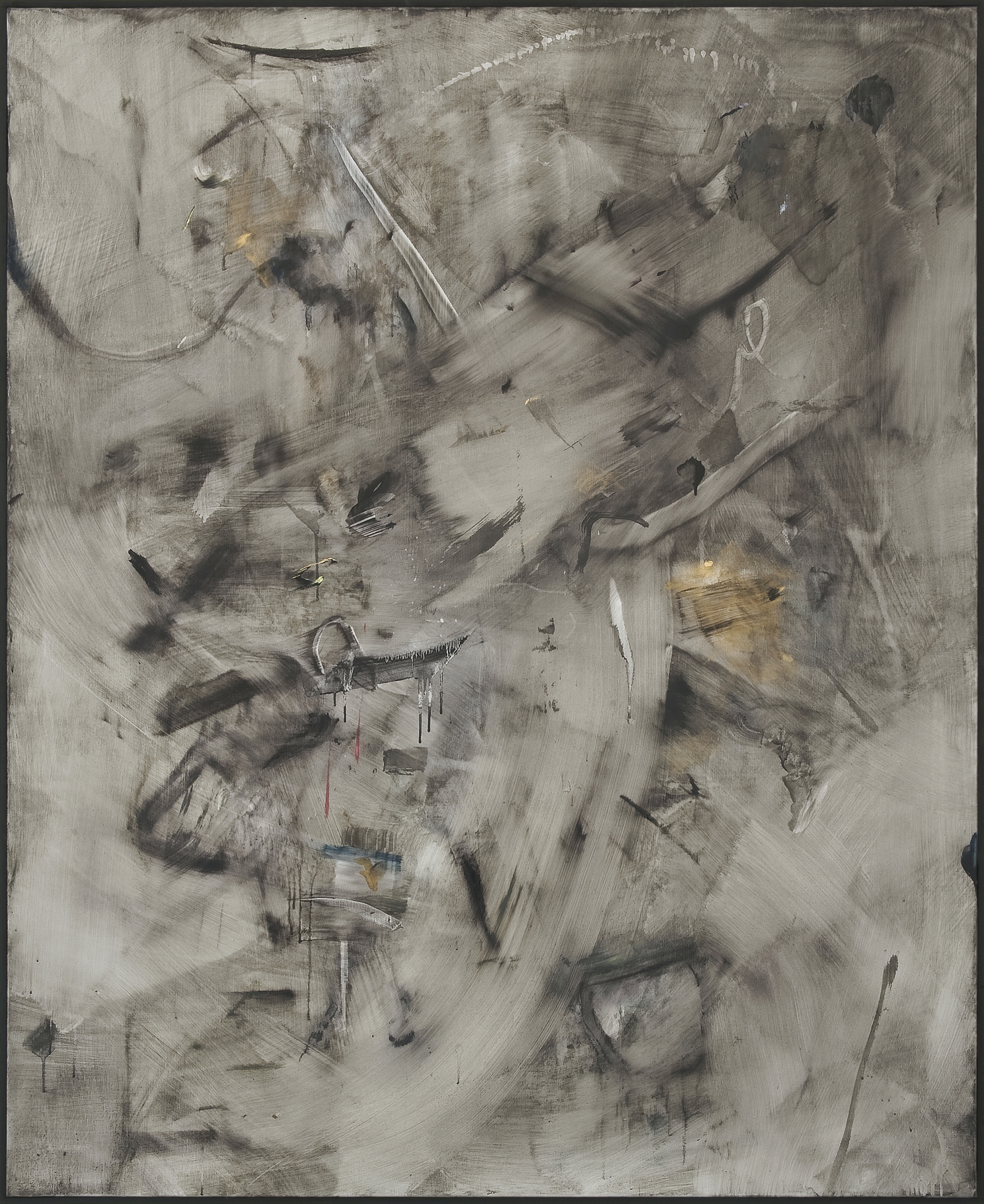 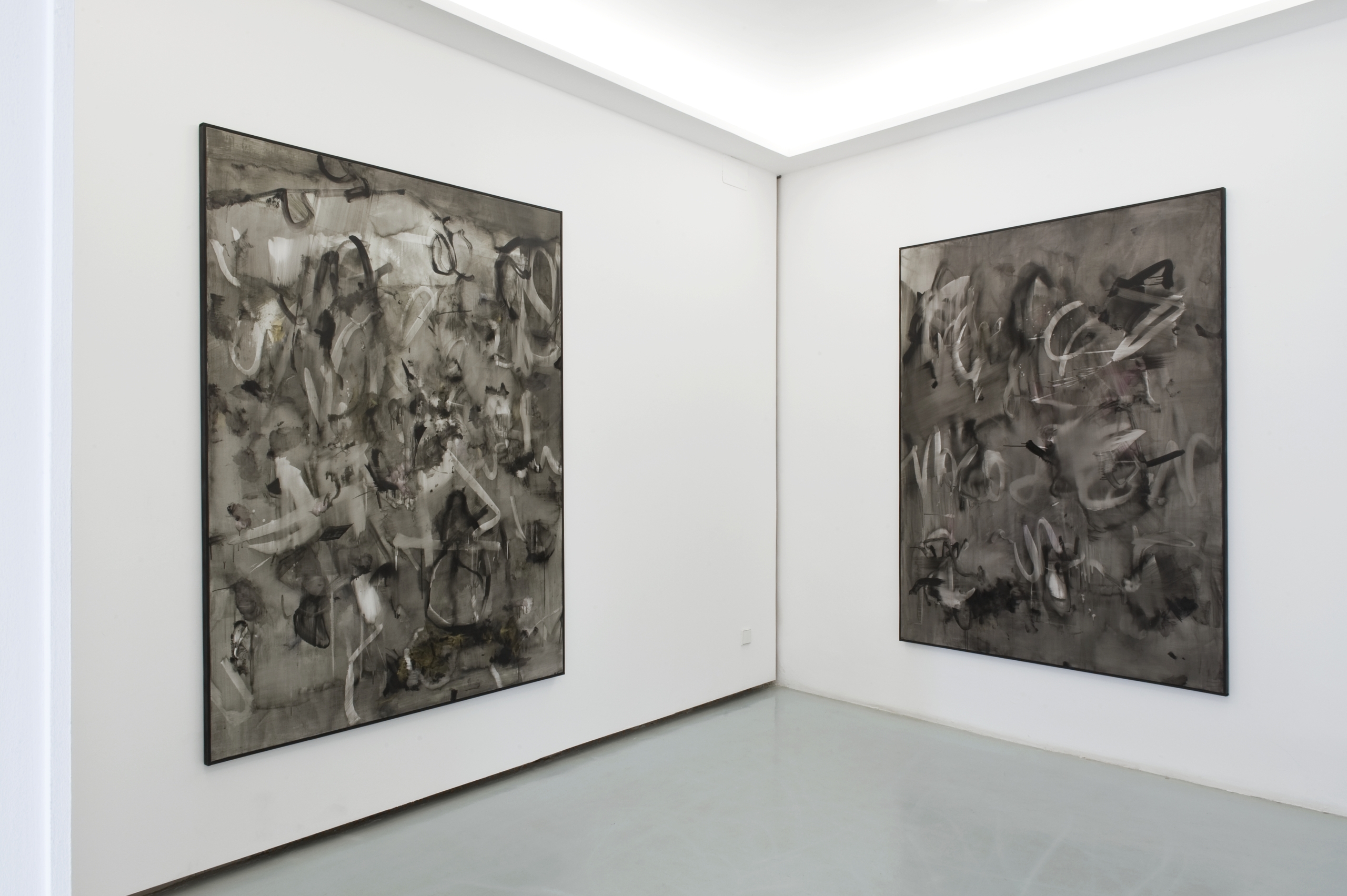 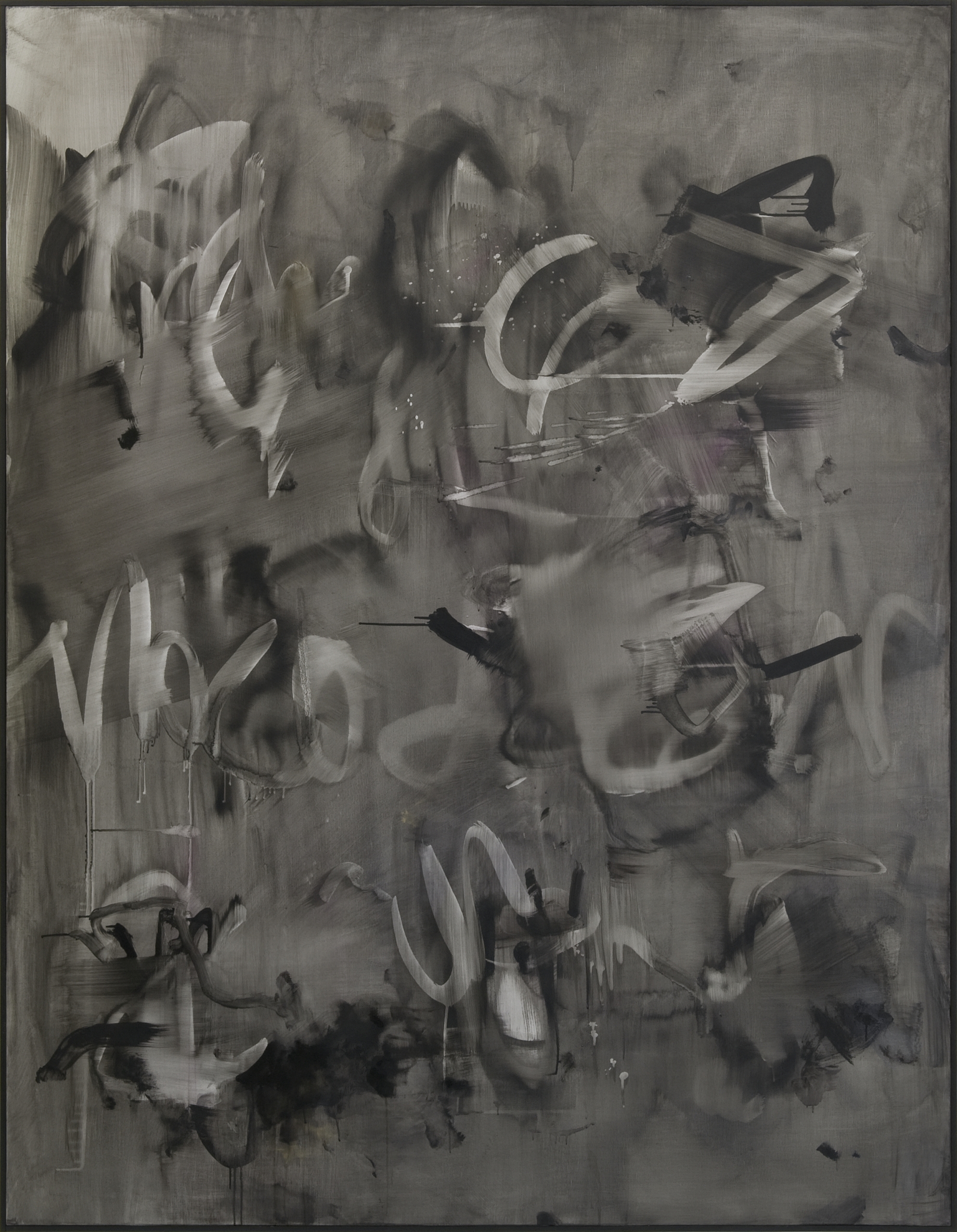 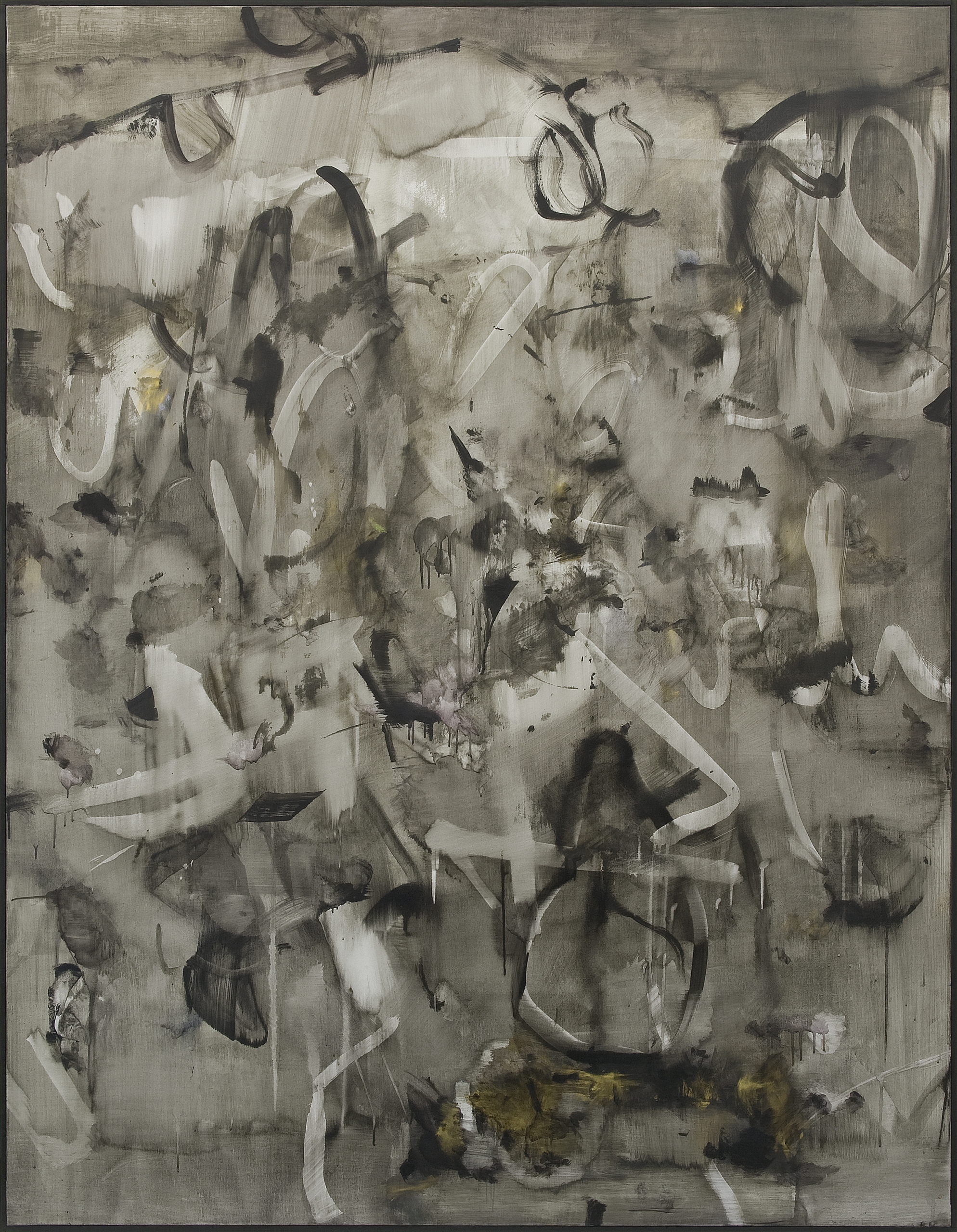 The title of this exhibition—Moco de caracol, enjundia de gallina, jugo verde de sapo (snail slime, chicken fat, green toad sap)—the first by José Díaz (Madrid, 1981) at The Goma, borrows the words which the Spanish writer Ramón Gómez de la Serna used to describe José Gutiérrez Solana’s palette. Gutiérrez Solana was an expressionist painter from Madrid who captured our imagination with his highly personal perception of his surrounding world. The alterations and mutations in his work gave rise to a distorted reality and this degenerate view of his era, of Madrid and the night are equally recurrent themes in José Díaz’s practice, which has demanded considerable physical effort from him over the last year. This concordance can be noted in the tonality of his canvases, in his brushwork and above all in the increasingly less recognisable forms. Exploring the night can also be seen as a metaphor for entering into the unknown.

Notwithstanding the overt reference to Gutiérrez Solana (one could also bring up many others like Christopher Wool, Zobel, Dubuffet, and the Spanish informalismo movement), Díaz’s work cannot be understood without an effort to shake off a whole series of concepts accrued throughout the History of Art and Aesthetics. Impromptu action based on vague ideas and sounds can be glimpsed in floating images that overlap to create layers of mutating signifiers which in turn transmute into a confusing and unsayable maelstrom. In point of fact, his first paintings seemed to include structures that bear a certain kinship with the mimoids, symmetriads and asymmetriads described in the science fiction novel Solaris. The elements in these formations suggest a diffuse likeness with something conceivable yet their final conformation leaves us with a shortfall of information, abandoning us in an unexplored territory. In these paintings, we seem to glimpse an element within a weave or structure of planes but then a strong seismic movement forecloses any such endeavour, similarly to what happens with those formations from planet Solaris that end up decomposing and sinking into the ocean mass after an ephemeral existence.

Díaz is currently exploring a process of synthesis in an enterprise to rein in his modulation of paint, producing an even more abstract result, albeit continuing to make use of overlapping layers, using a more transparent paint that aids a better appreciation of the action, yet always destabilising the meaning of the signs. His motifs remind us of captchas (those anti-spam coded digital images in which the distinction between figure and ground is not clear). This can be seen more clearly in “Nec spe, nec metu” and in “M30”. As such, the paint—the actual surface of the canvas—is shown to be a superimposition of data which must be processed. To recognise and name one must avail of technology provided by Internet, comparing the machine’s artificial vision of the blotches of paint with images that exist on the Internet. Finally, through the dynamic of pictures, the artist materialises this research in librettos, a pareidolic process similar to the practice of informalist painting.

“…Impromptu action based on vague ideas and sounds can be glimpsed in floating images that overlap to create layers of mutating signifiers which in turn transmute into a confusing and unsayable maelstrom”.