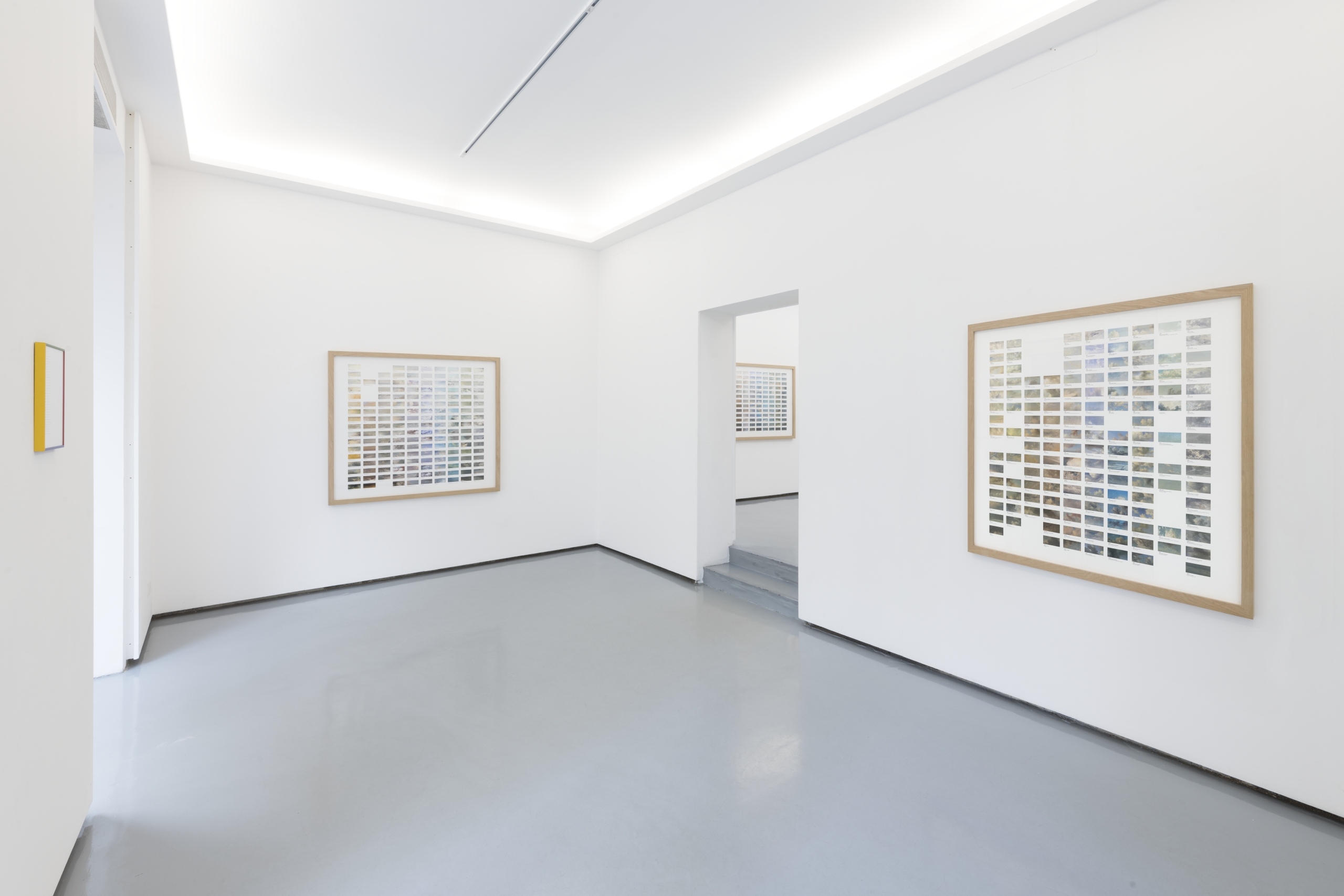 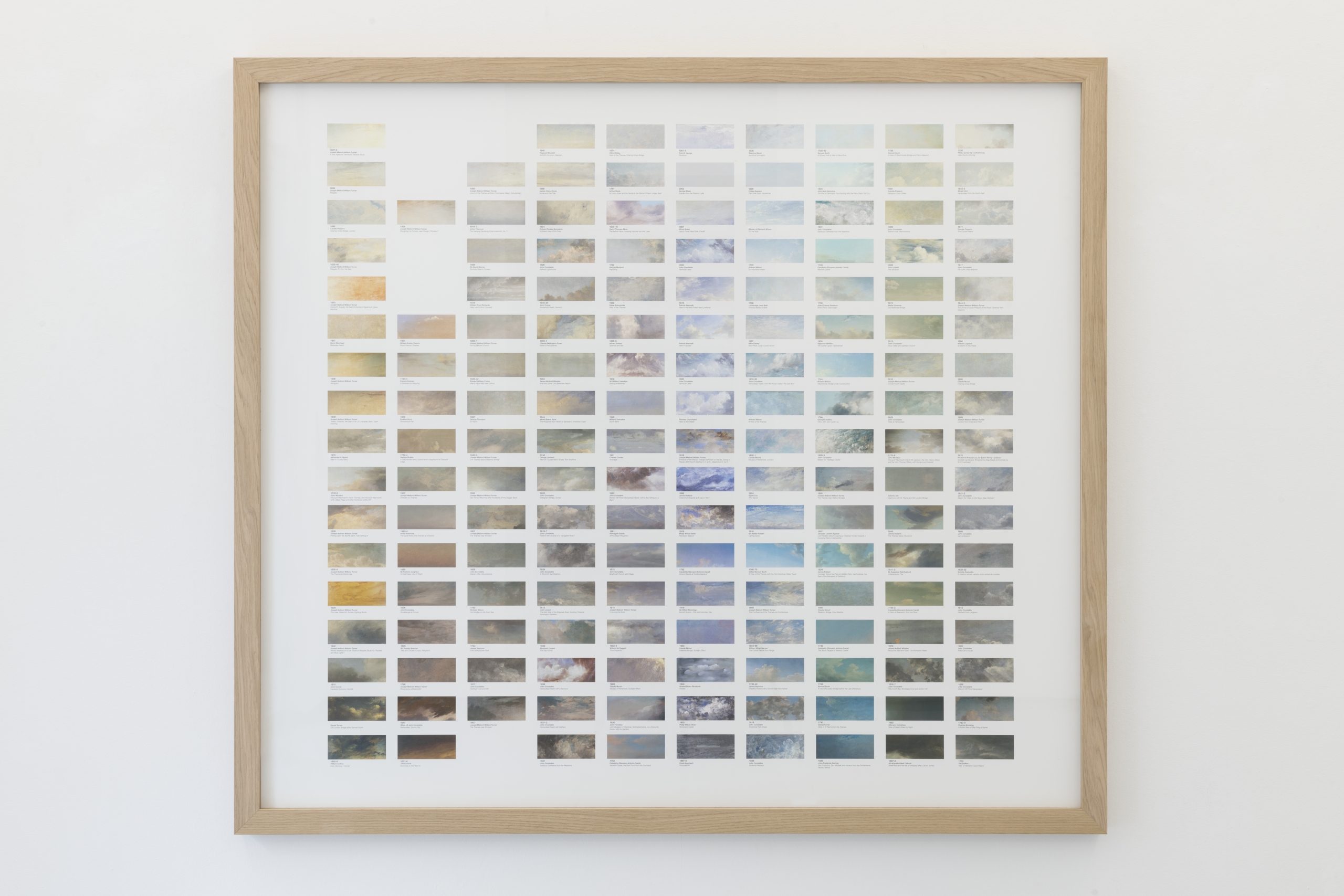 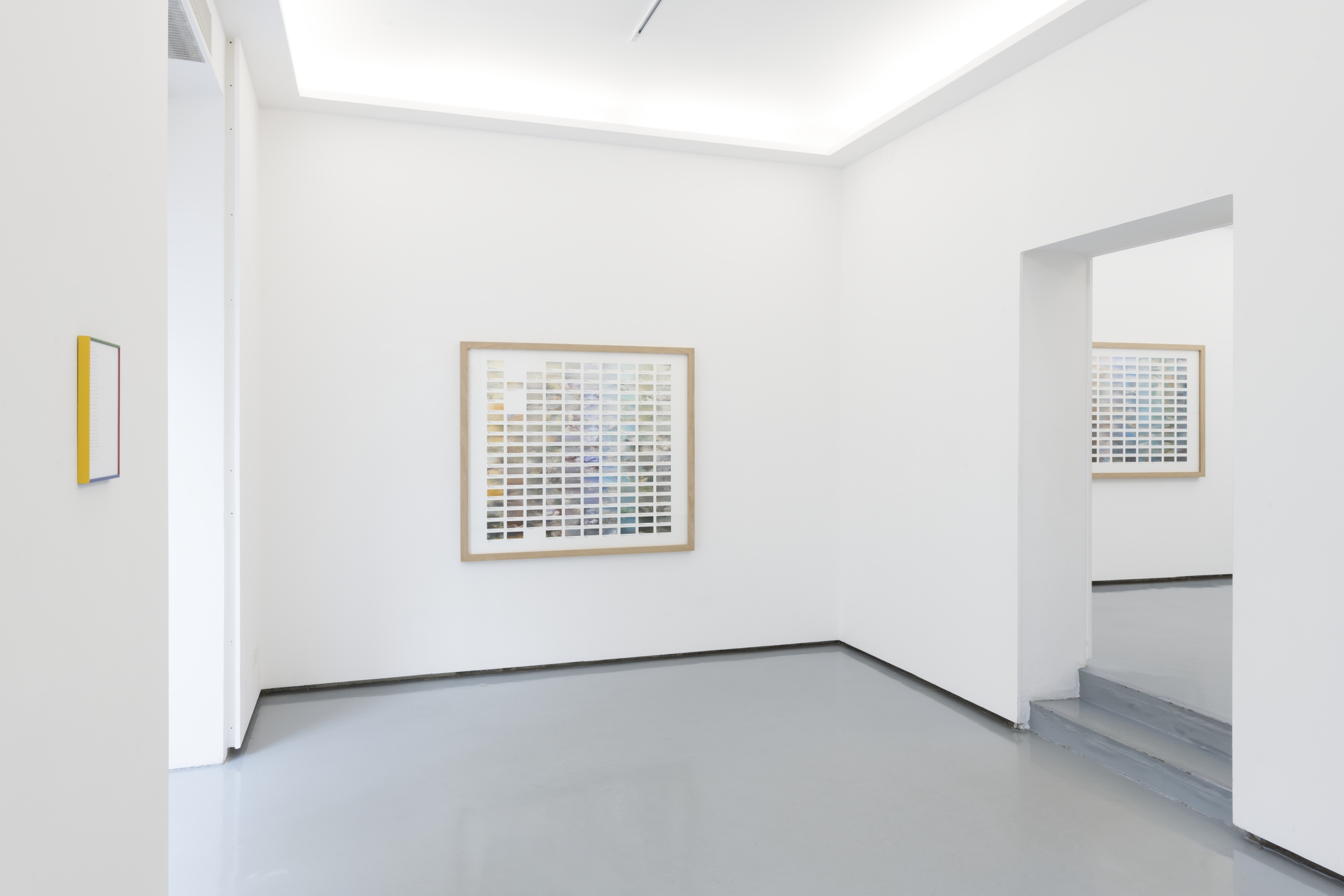 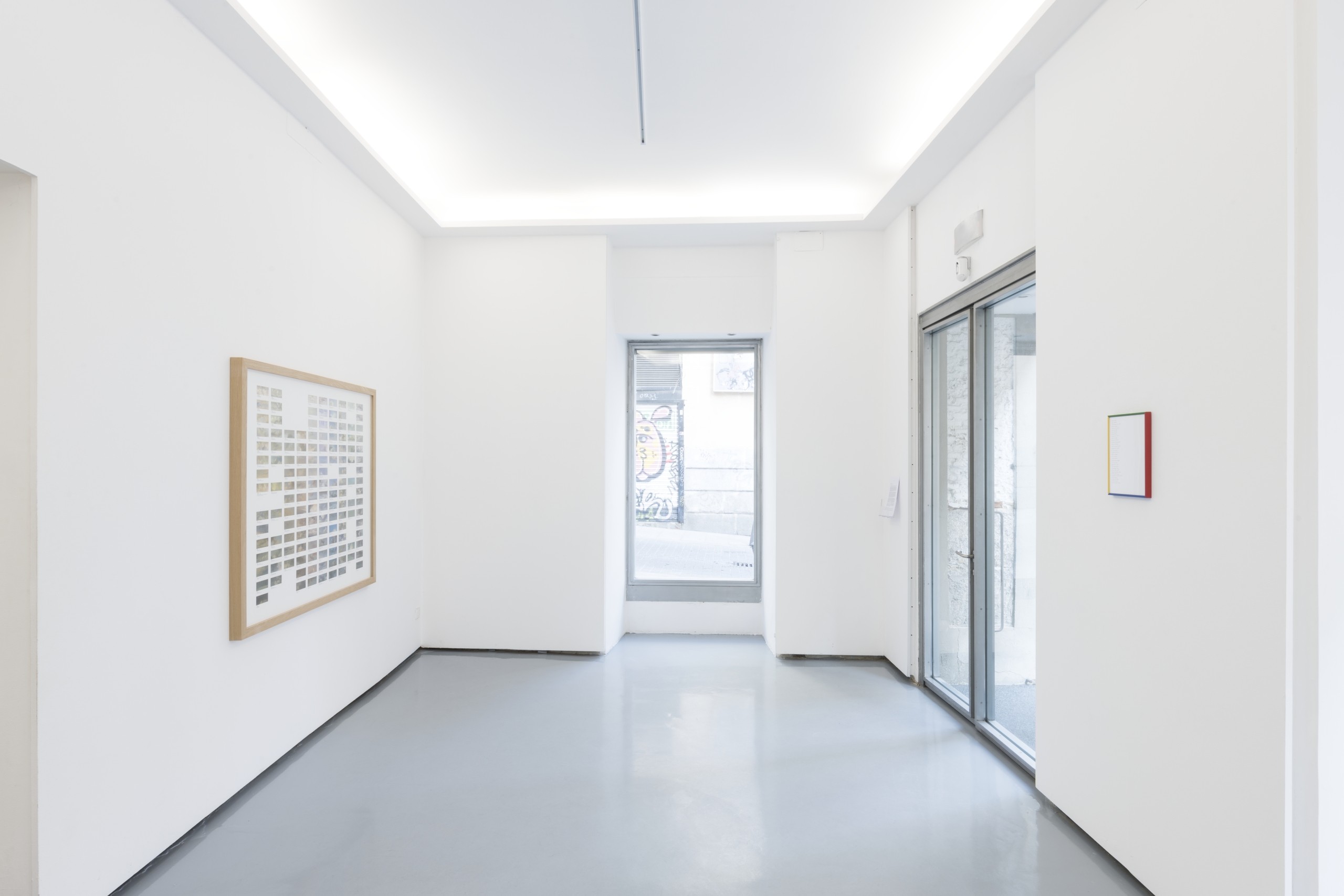 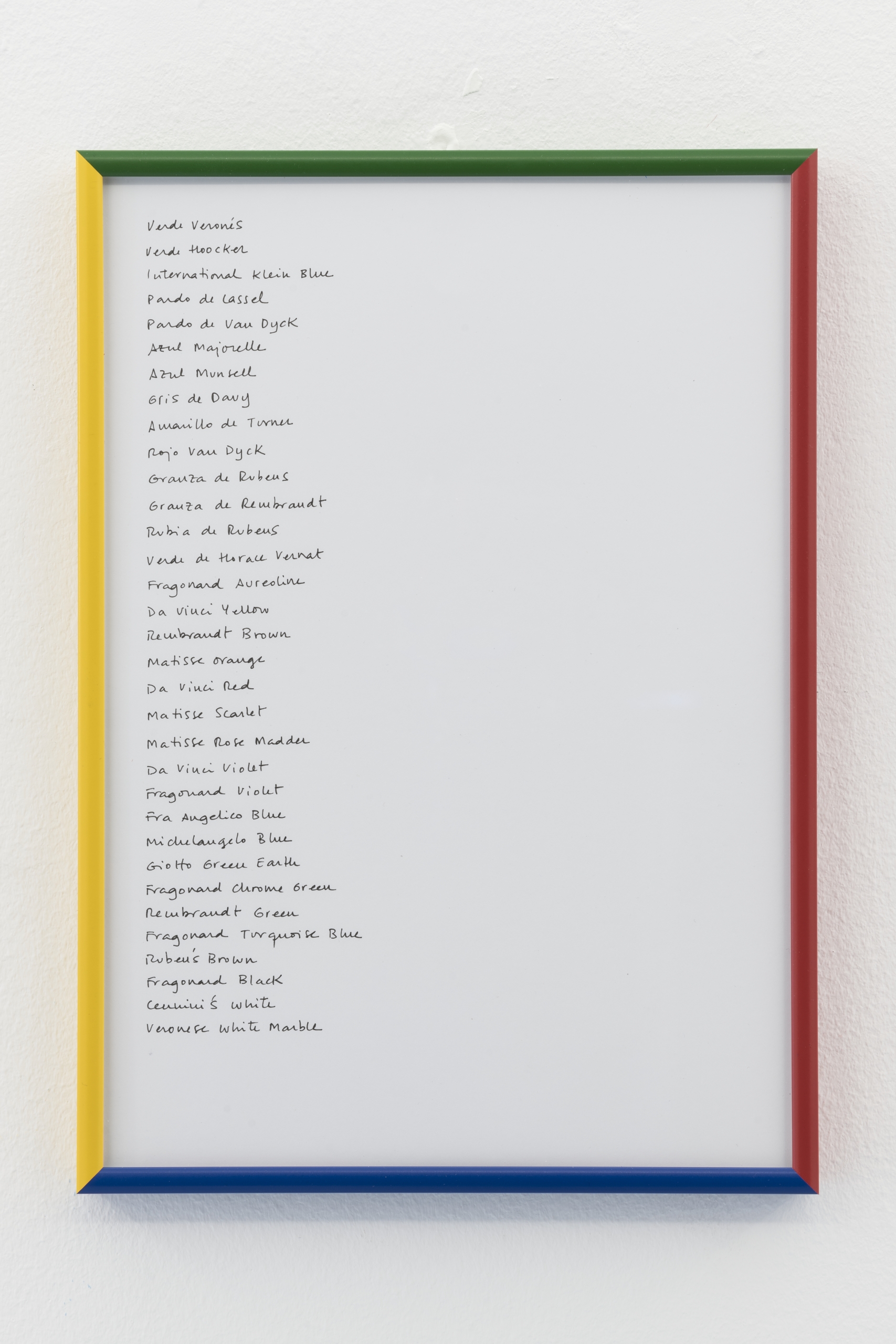 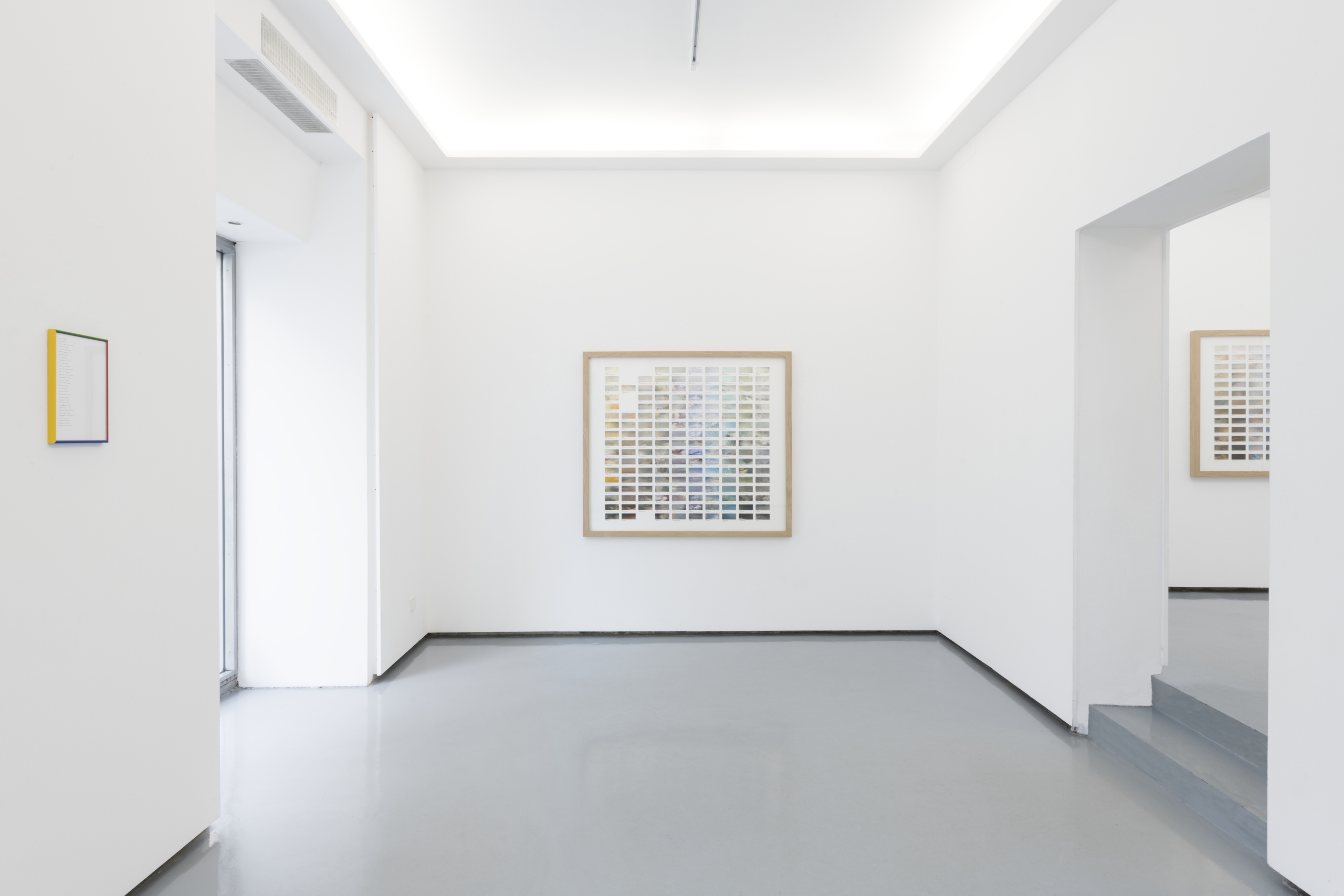 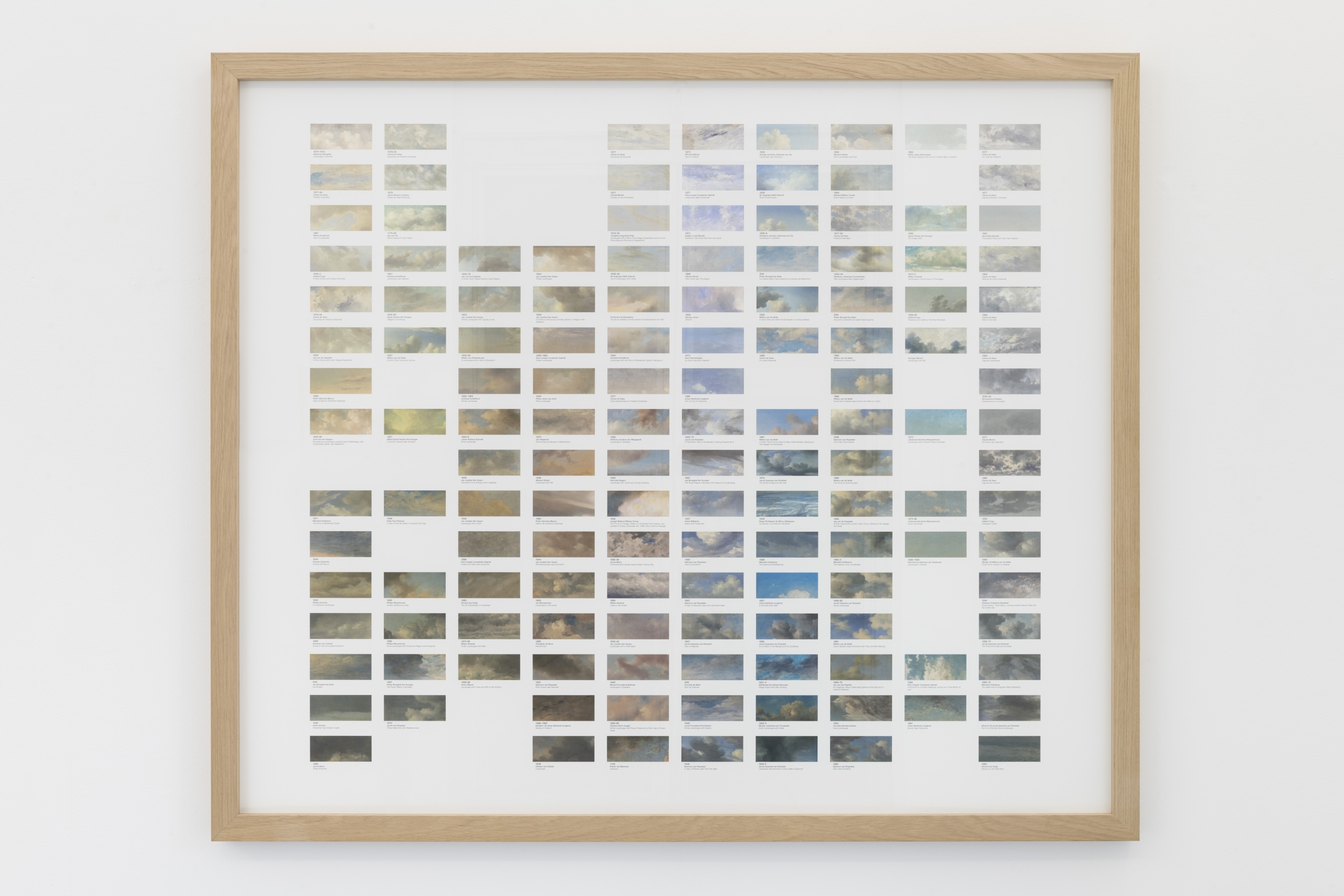 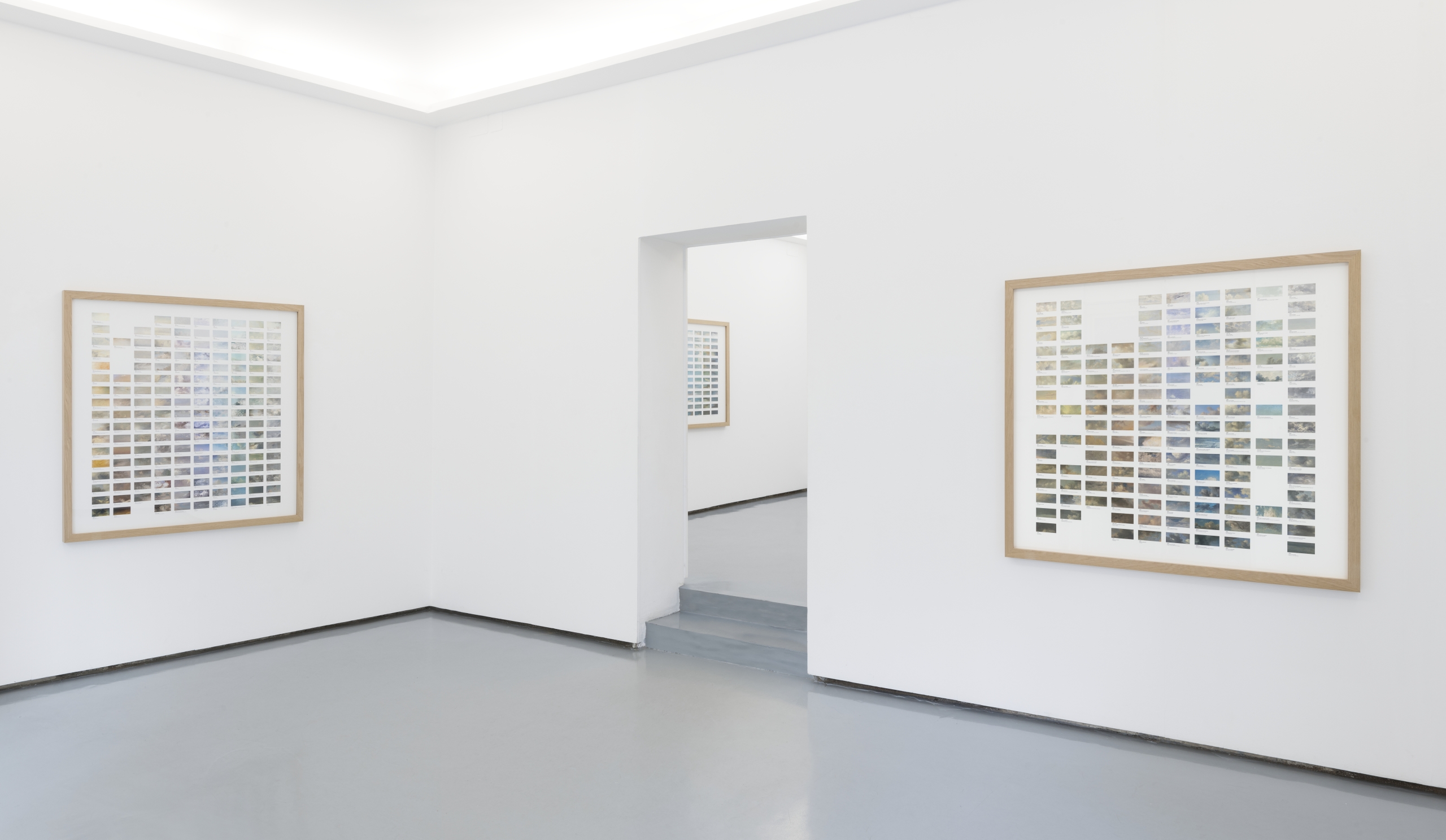 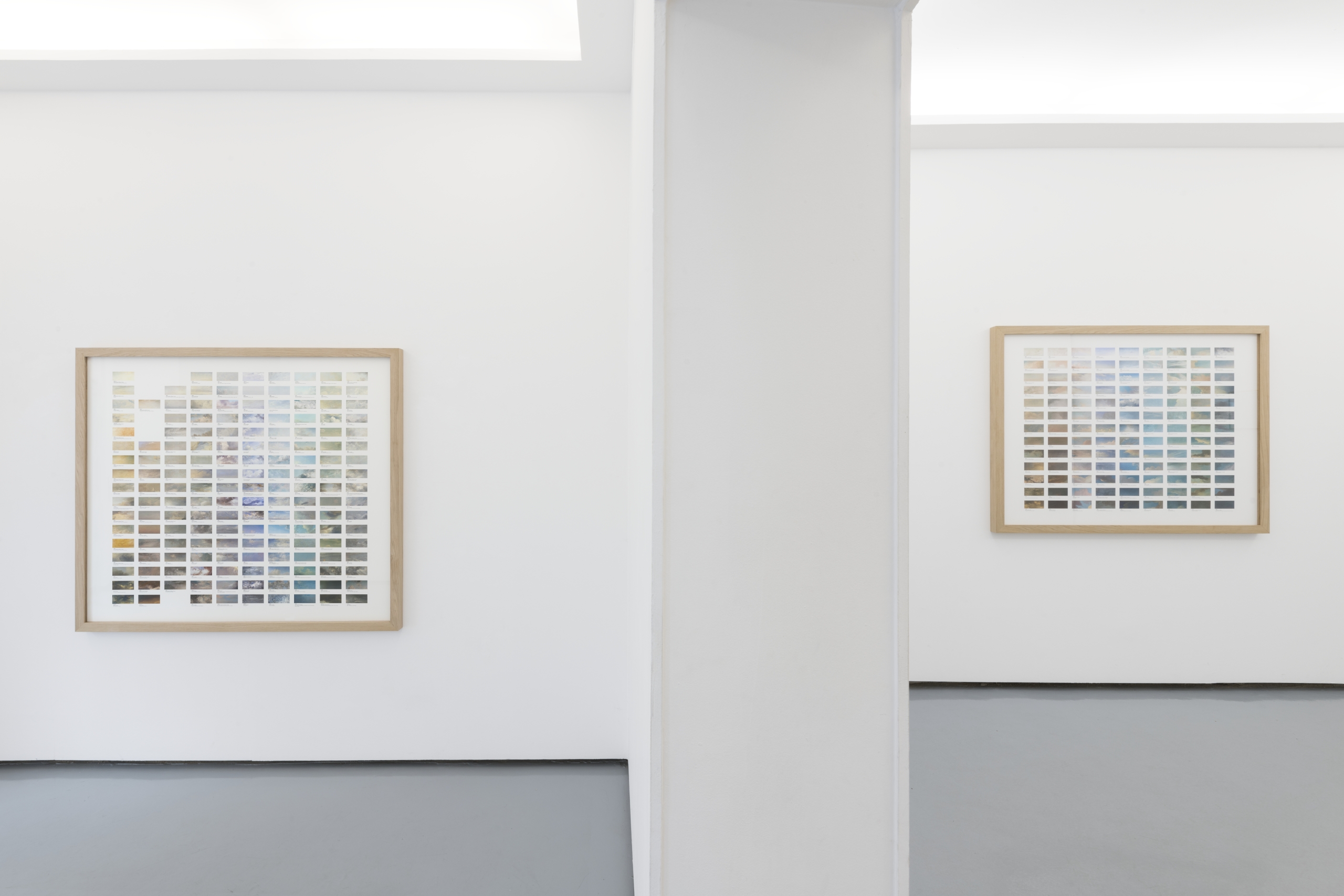 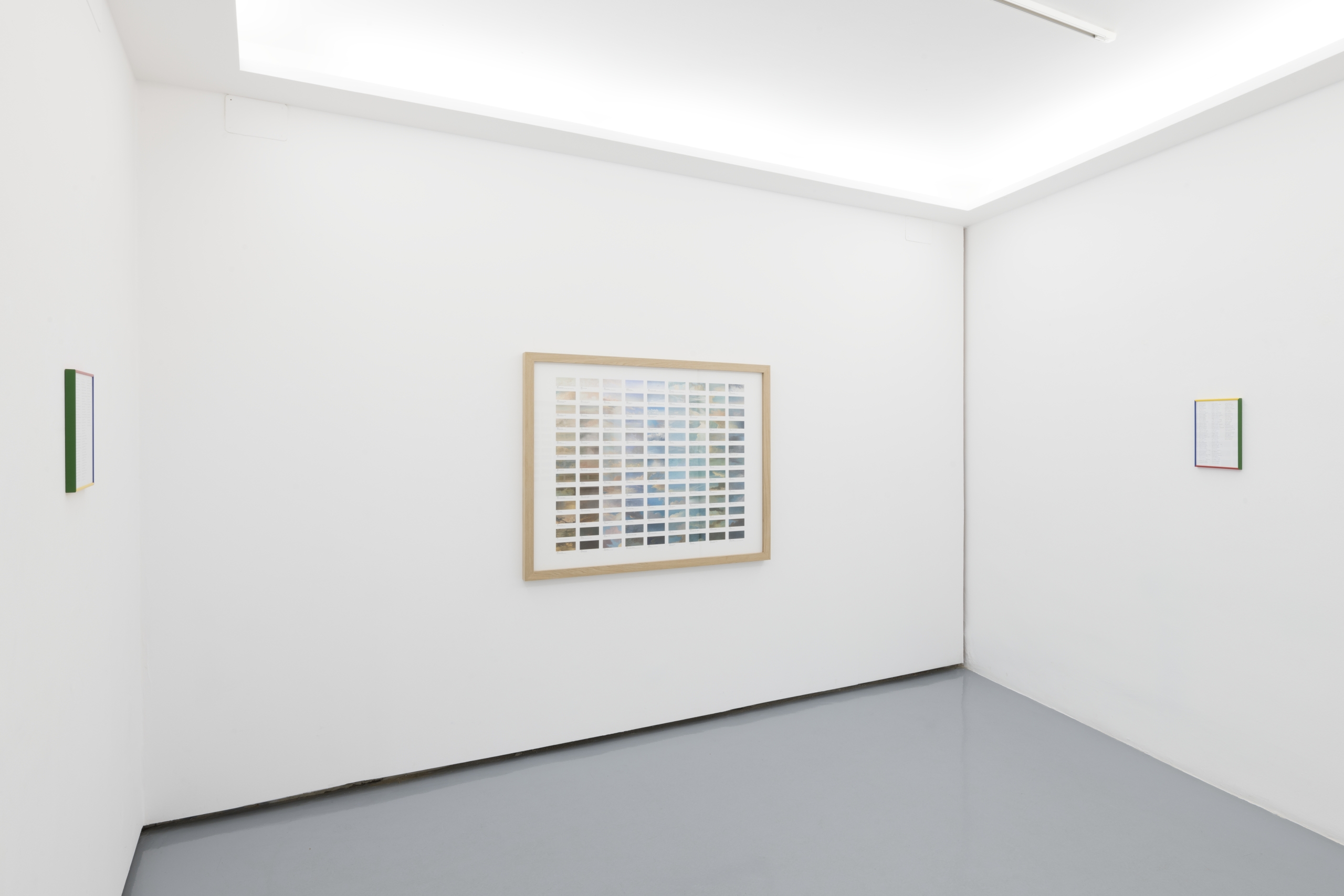 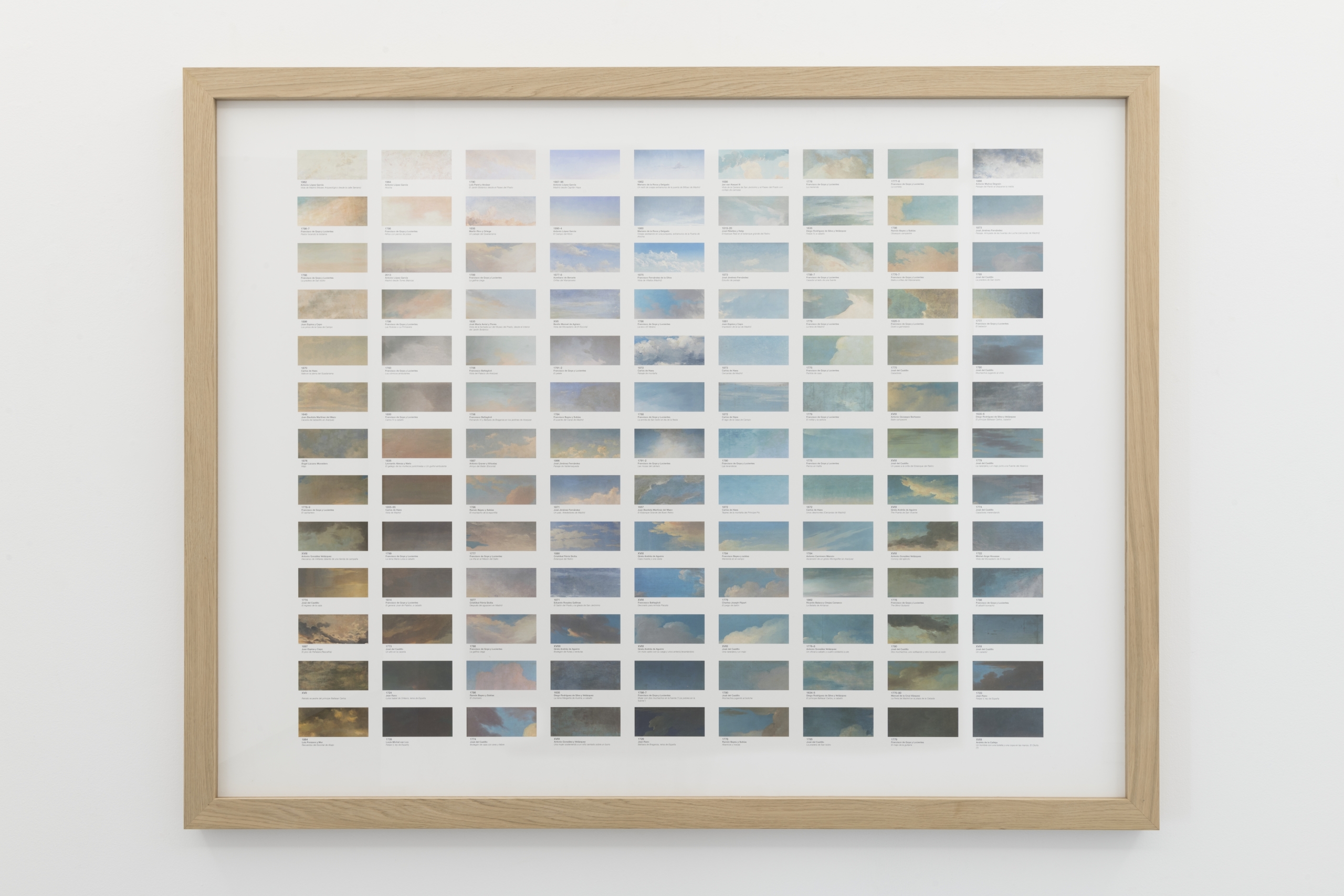 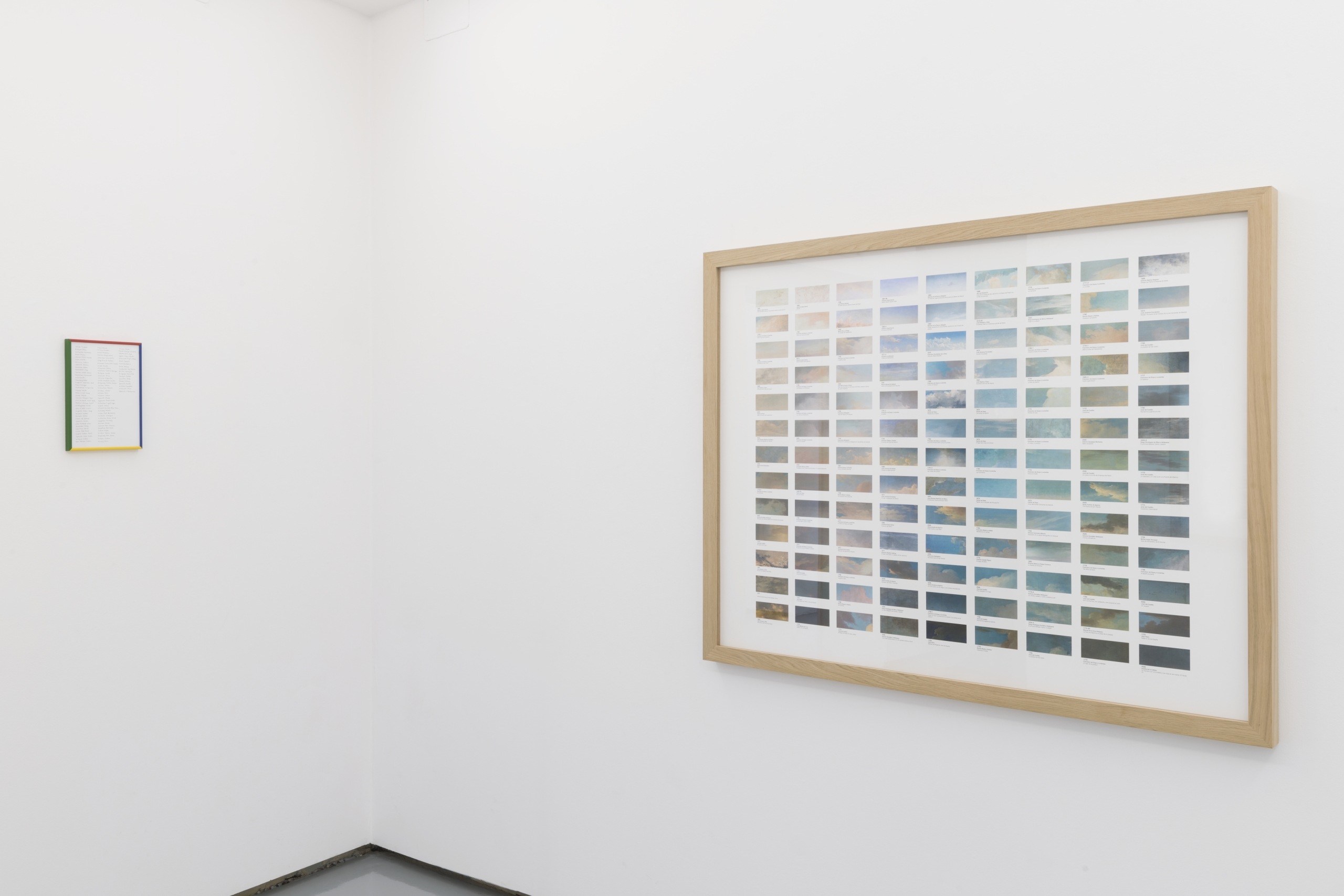 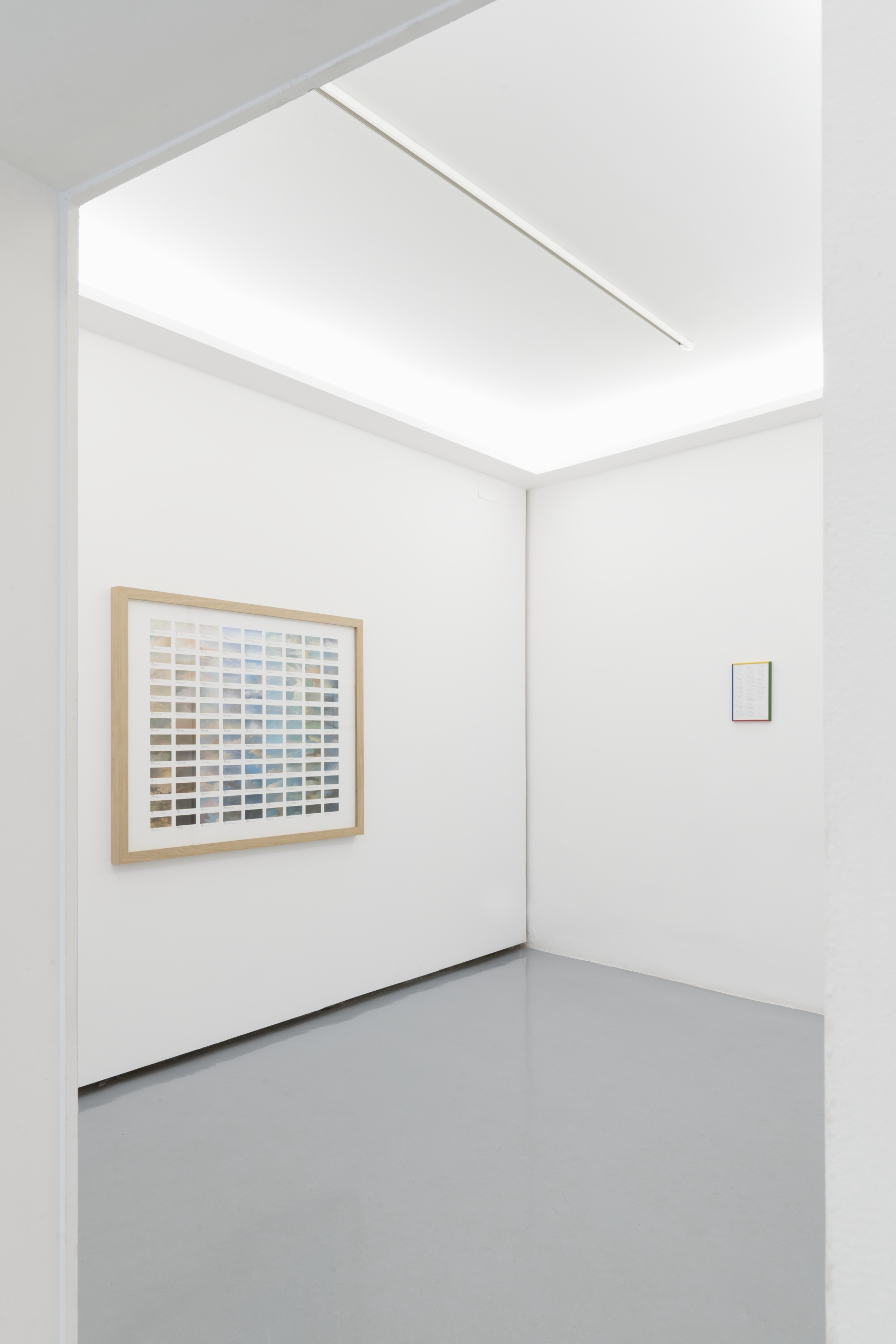 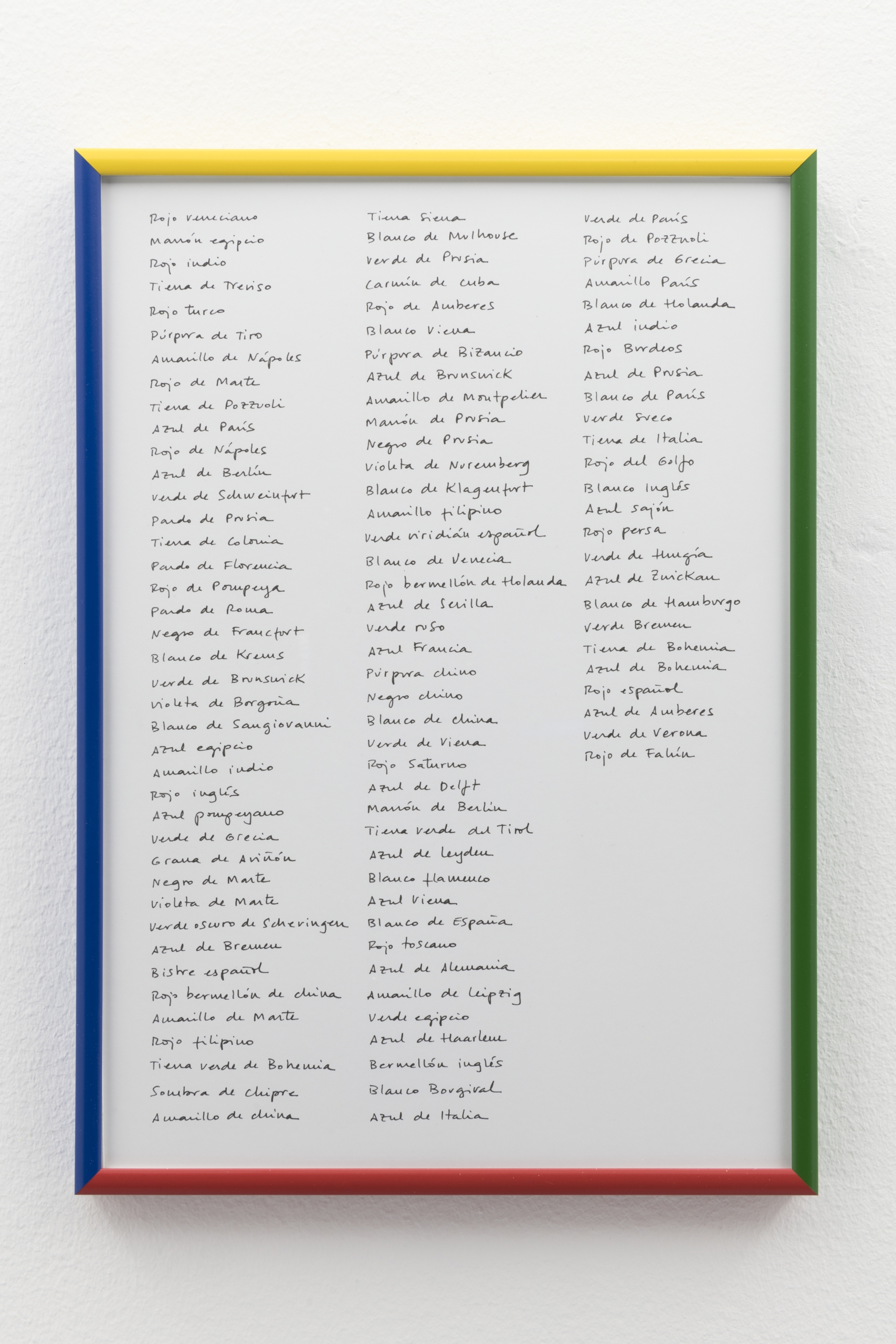 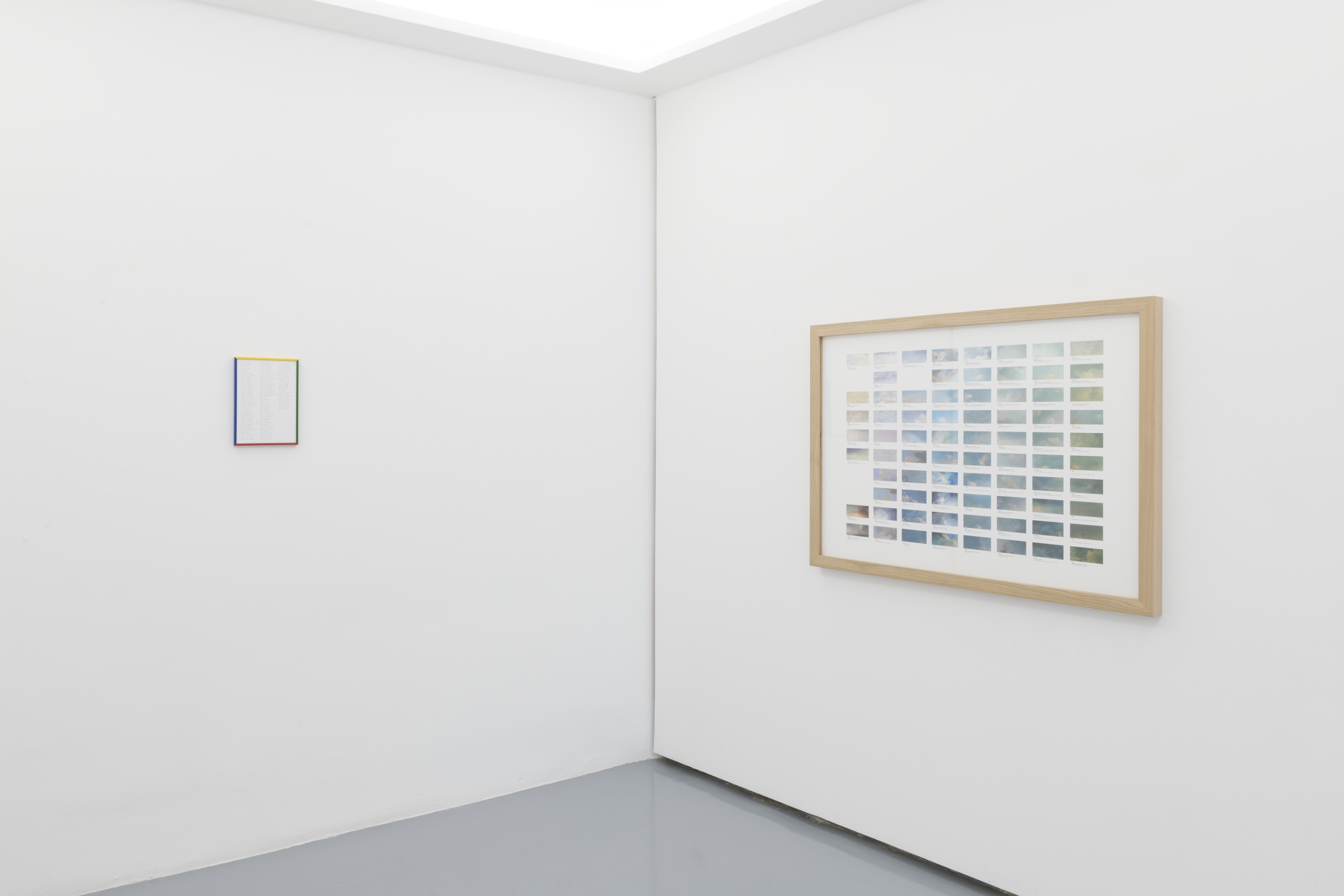 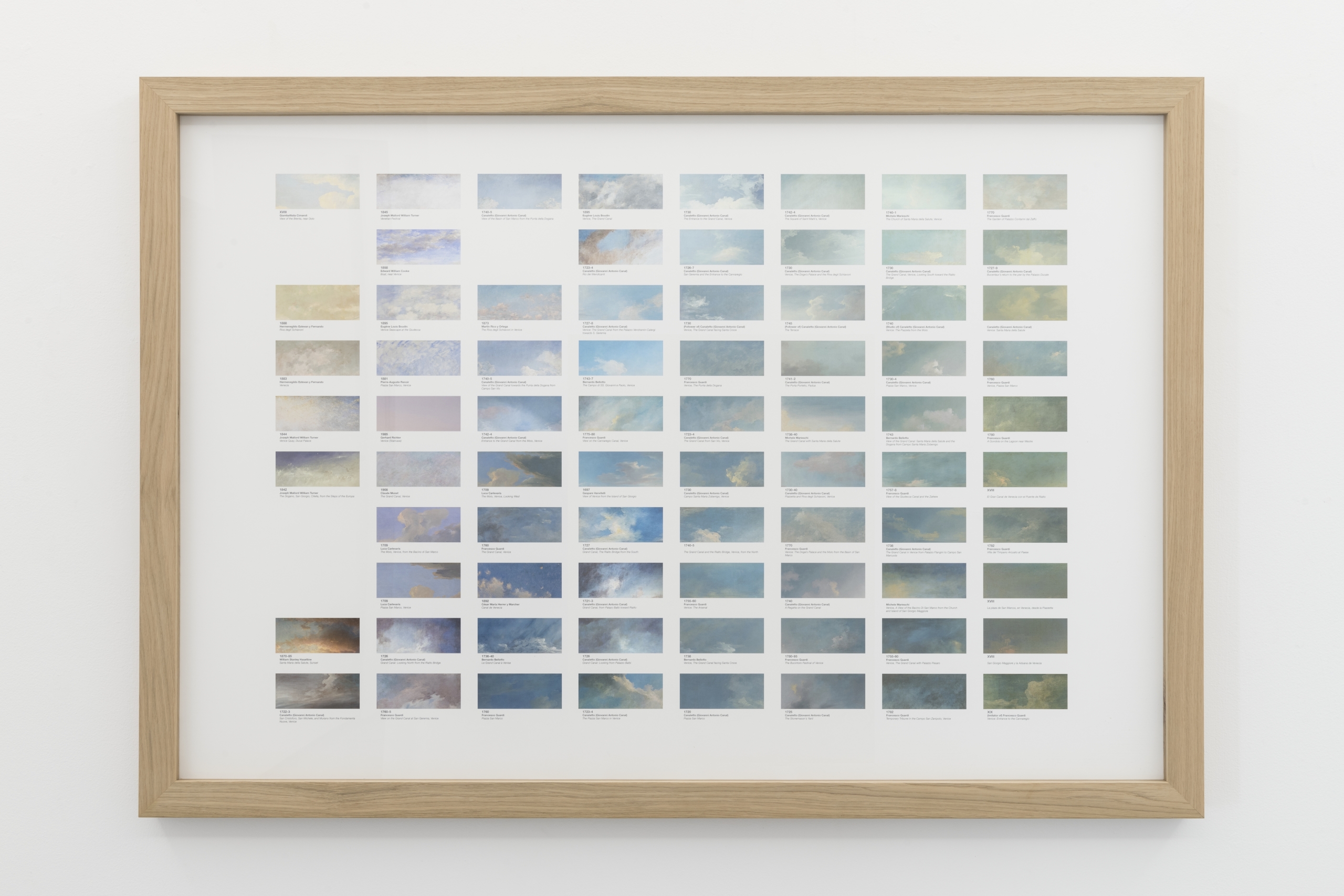 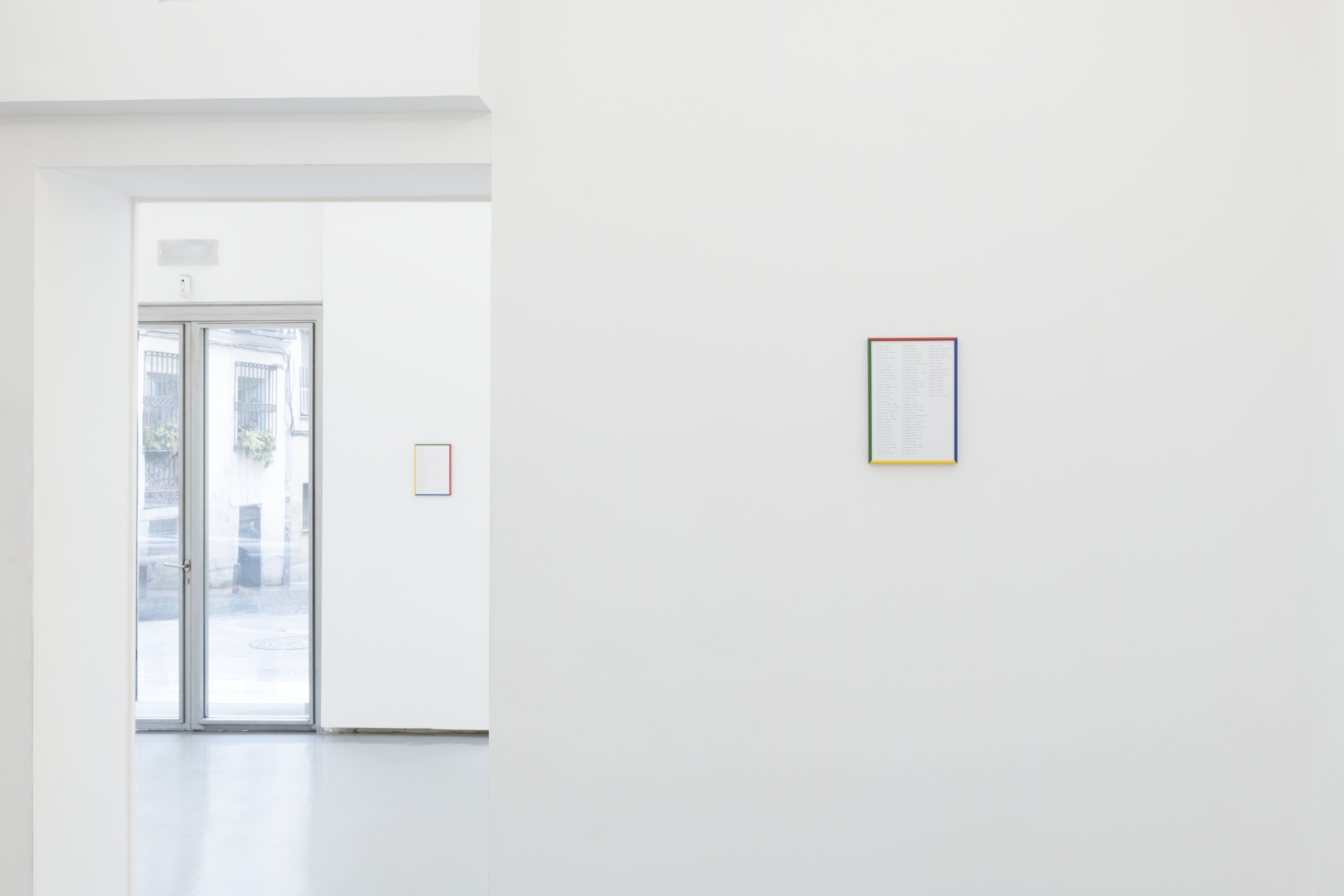 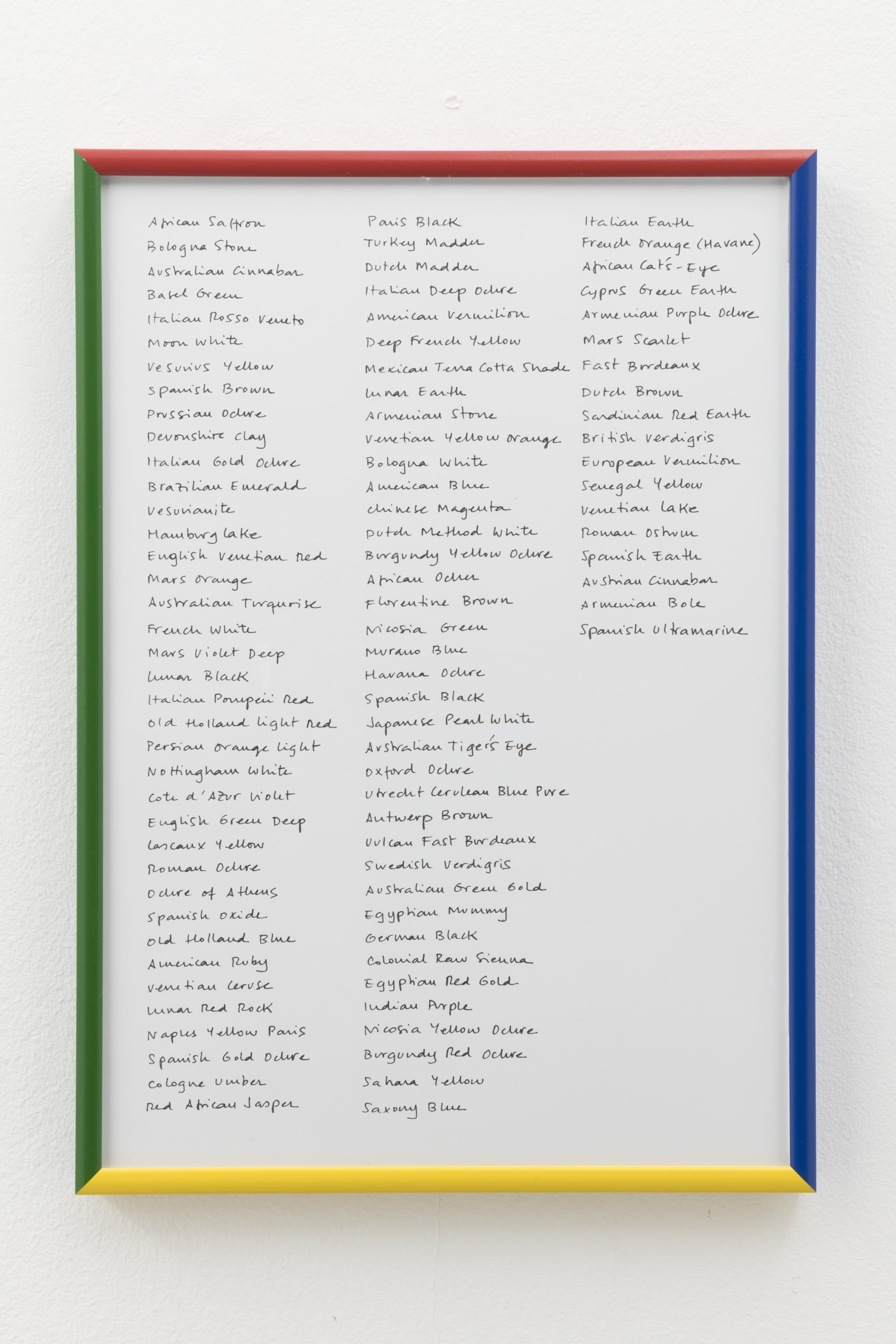 At first glance, what we see from outside is a system of classification, textual information, fragments of reproductions of paintings and names of colours. And also quotations (or perhaps everything is a quotation) for the title of her works. Local colour is a foreign invention Cristina says that Borges said. It is an invention by someone who comes from outside, someone who comes, looks and invents. In fact, when we go aboard, everything seems as if it is underlined, everything is highlighted, blurring the hierarchies of attention between objects. The usual invisibility induced by everydayness vanishes and elements that go unnoticed by locals are a source of interest to us. Indeed, we don’t need to go very far for this to happen—just think of certain details in other people’s houses—and beyond the fact that it is an unconscious mechanism of defence produced by an unknown context—where danger can lurk anywhere—it is a place where we can observe significant details and bestow on them the meanings we want.

In this case, Cristina focuses on fragments of paintings and actually reframes the images, showing us the sky. Then one wonders whether this sky we see—and which she lets us see—is the same as the one seen by the person who looked when the painting was painted. Yes and no, given that, speaking seriously, one cannot bathe twice in the same river (I believe). But maybe you can, since in contrast with obvious changes in landscape, the sky can endure and this allows us to do away with time frames, and to (momentarily) put the clock on hold. Painting allows this. In point of fact, if we look at the classification of skies, we will see that chronological order is irrelevant. What matters is the (eternal?) colour and, in consequence, we will borrow a standard classification of colour, the Pantone range. Taking an industrial system of classification as our reference allows us to tone down the piece a little and, at once, to wax poetic with the classification of skies and to question this system of control through unreliable, dirty, mixed, changing and profound samples of colour. An unserviceable colour sample given that it contains all colours. Like the four-colour process with which they are printed. Like the screen on which Cristina has visited the main European museums, patiently accruing fragments of paintings. Like the sky. Thus evincing the impossibility of knowing something that never stays still.

The fragment is not anecdotal, rather it situates us on the periphery, in a corner of the image where nothing happens, leaving outside the situation which the artist was depicting in the painting. The relationship between this situation—in principle, the main one—and what is shown to us—the sky—is upheld thanks to the addition of titles in each fragment, tensing the relationship between image and text and thus inviting us to imagine the hustle and bustle of the Grand Canal with the Rialto Bridge or themystery of a Country Object, to laugh at a completely cloud-covered Landscape at El Pardo, Mist Rising or to recognize celebrated faces like The Straw Manikin by Goya. In transforming the image, we also transform the title, as it no longer pertains to an image—it no longer functions as a subtitle—but rather makes it possible by telling us what has been left outside of it. The position in which these titles are placed is directly related with the names that identify a specific colour. Names that traditionally refer to faraway places of origin, and which ultimately make us realize that foreign colour—Raw Sienna warm shade, Delft Cobalt Blue, Chinese Red Vermilion—is a local invention.

I believe that we are not mistaken if we think that, like Baudelaire’s L’Étranger, all we are left with are clouds (…) Eh! qu’aimes-tu donc, extraordinaire étranger? / J’aime les nuages… les nuages qui passent… là-bas… les merveilleux nuages… as I have the feeling that the reproductions we see here, these clouds made of paint, are an invitation to look closely—like painters look at a painting—at something that Cristina observes from outside, situating herself as an outsider in her own territory and from there, however, she invites us to celebrate painting in itself, almost abstract, accompanying us, once again, to a place that allows us to perceive, perhaps, something more difficult; the obvious.

[1] Perhaps the main danger is in believing that we are discovering something new about the place, although if you think about it, what does it matter? Who decides the hierarchies between symbolic constructions of a place, if, at the end of the day, it is nothing but another fiction?
* Well, what do you love then, extraordinary foreigner? / I love the clouds… the clouds passing… there… there… the marvellous clouds!

[2] Let me explain: I remember Ignasi Aballí once said something like ‘We could classify artists between those who are interested in art and those who are not. And that is independent of the quality of their works’.Ignasi, like Cristina, can be placed in the first group.

“What matters is the (eternal?) colour and, in consequence, we will borrow a standard classification of colour, the Pantone range. Taking an industrial system of classification as our reference allows us to tone down the piece a little and, at once, to wax poetic with the classification of skies”