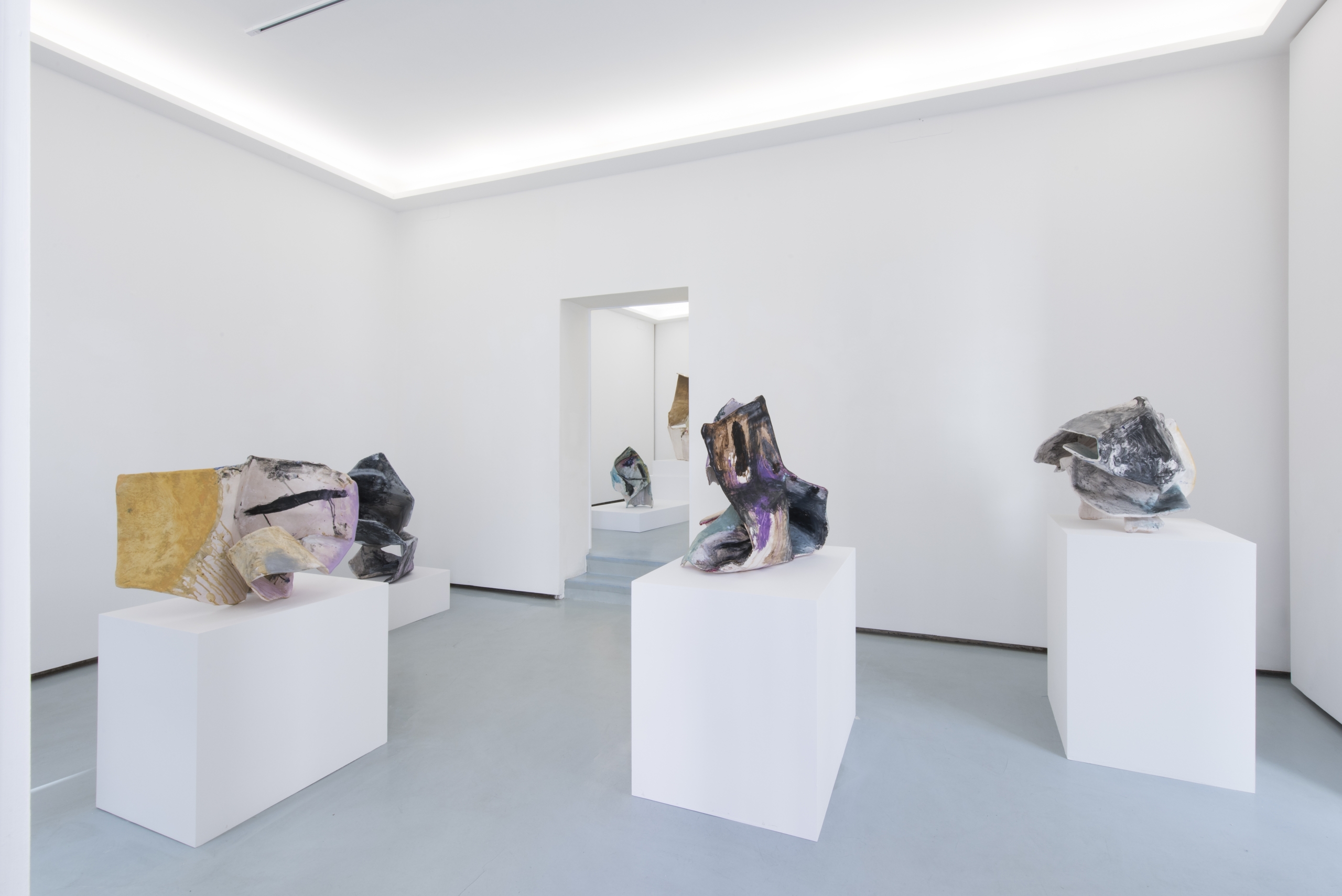 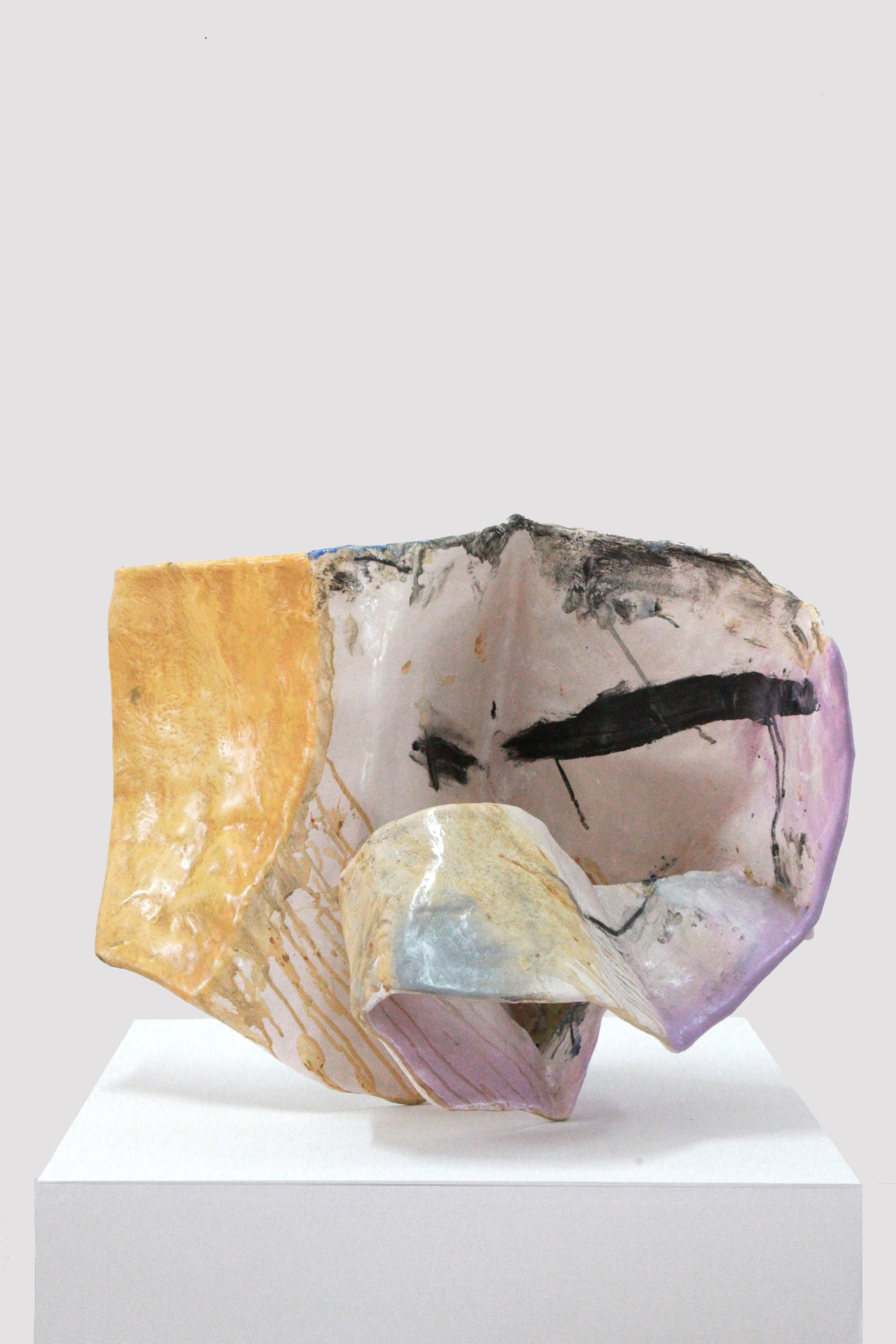 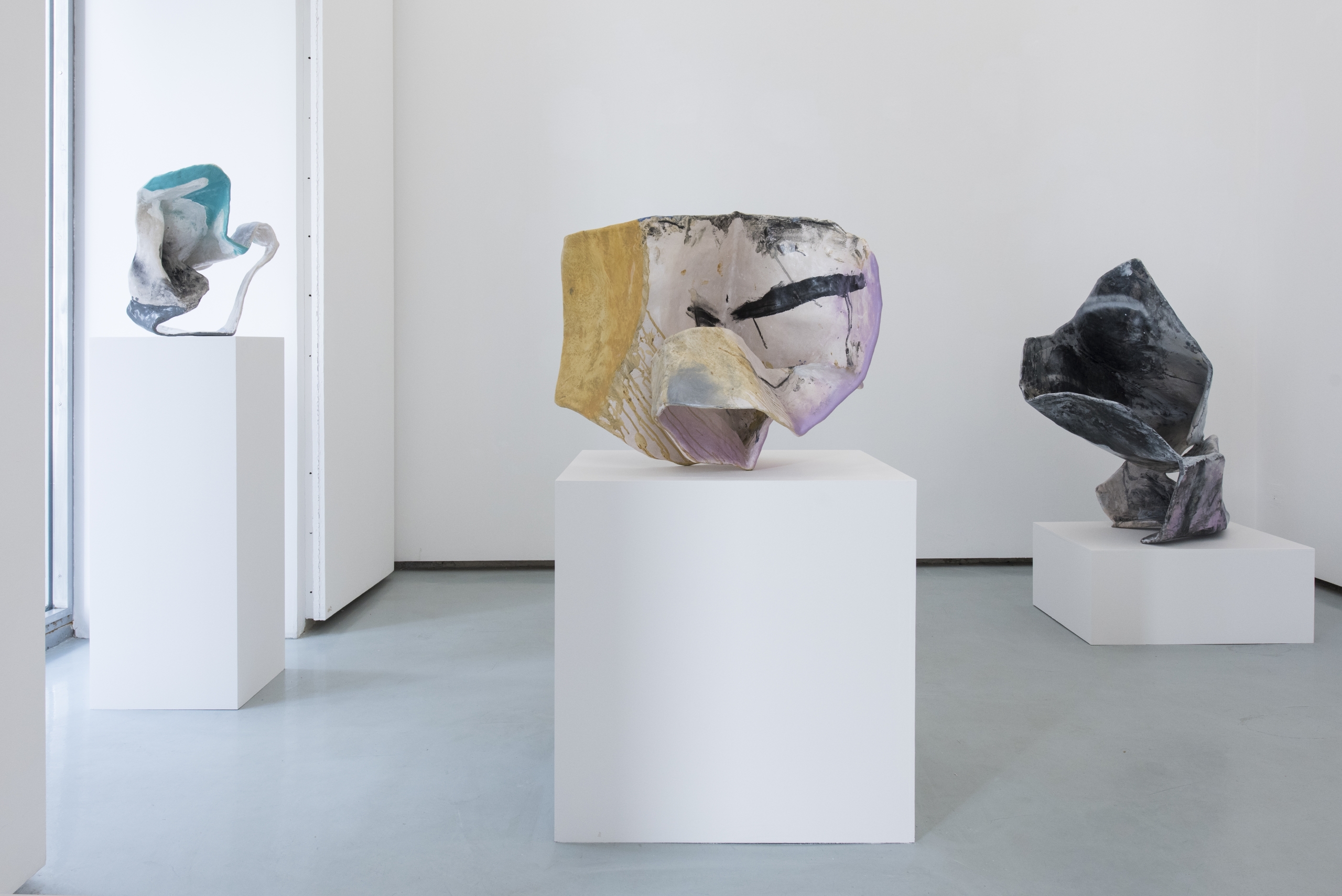 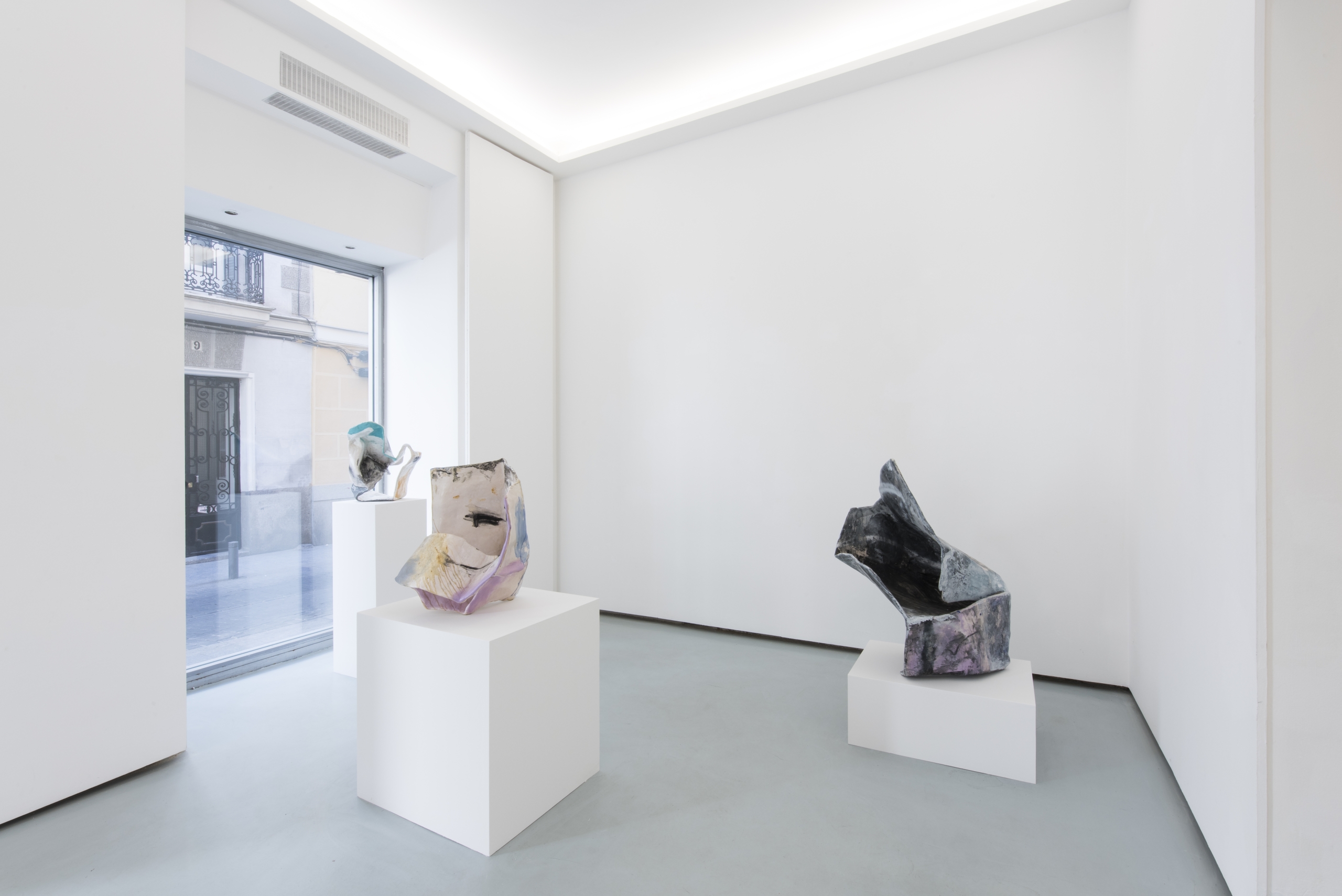 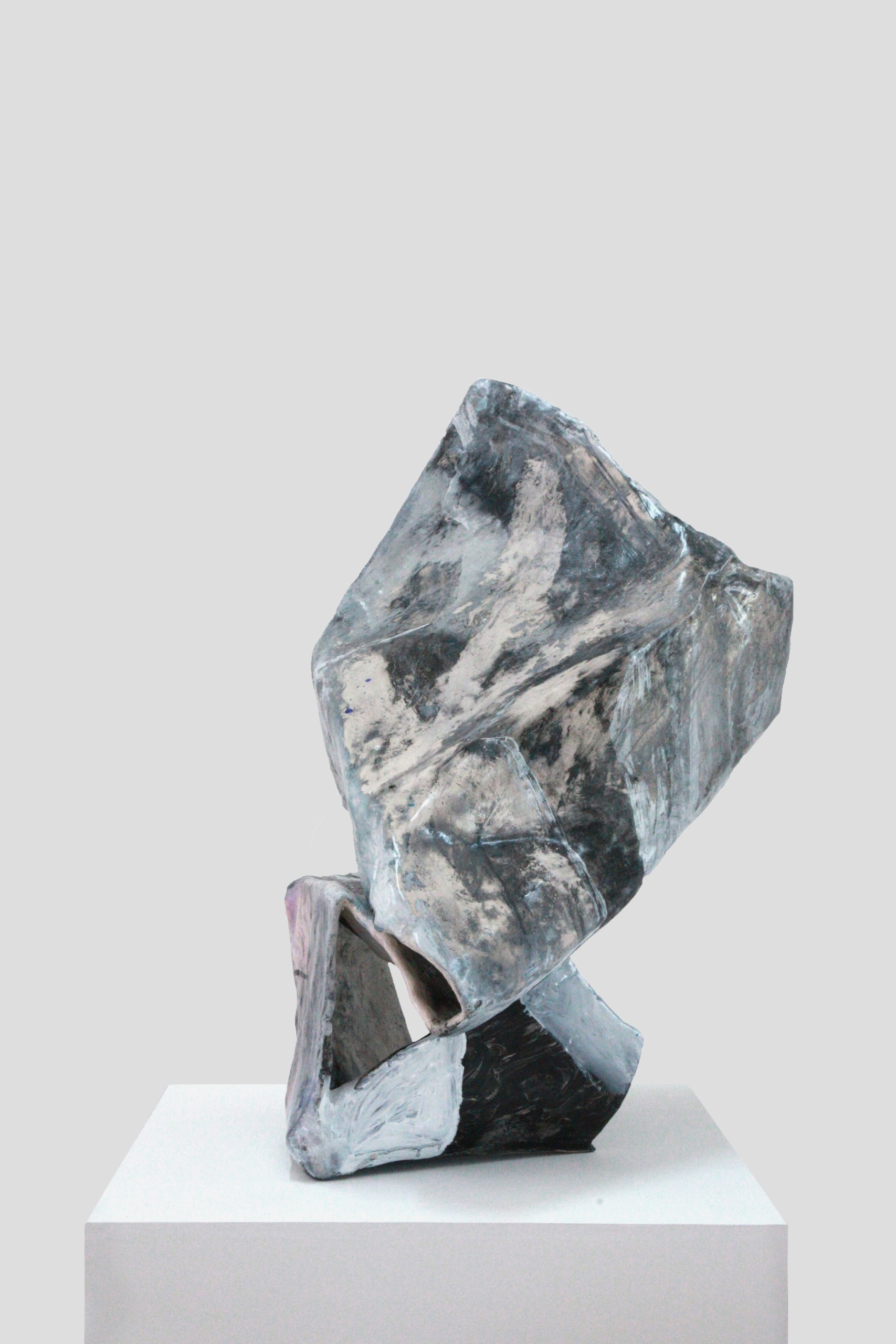 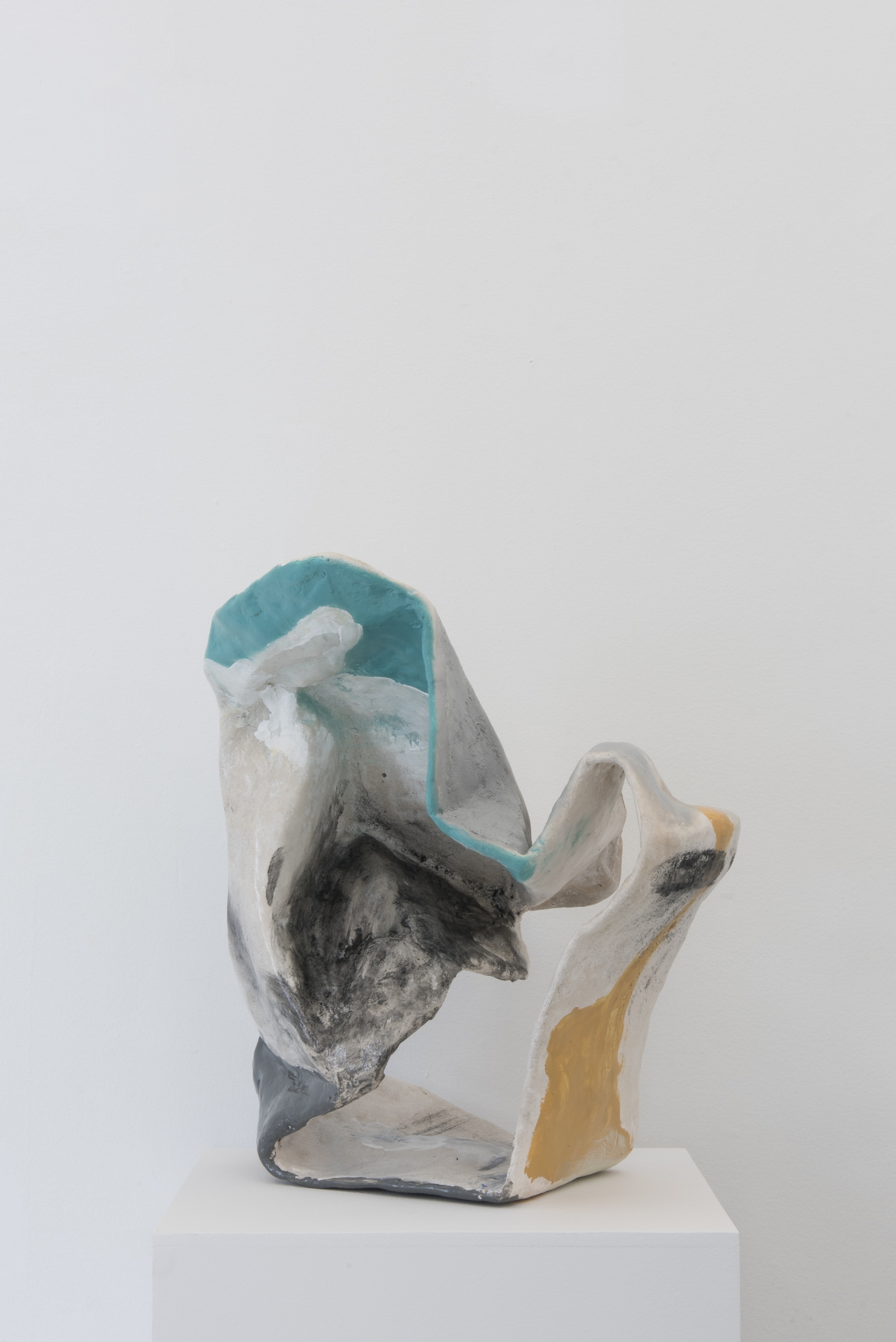 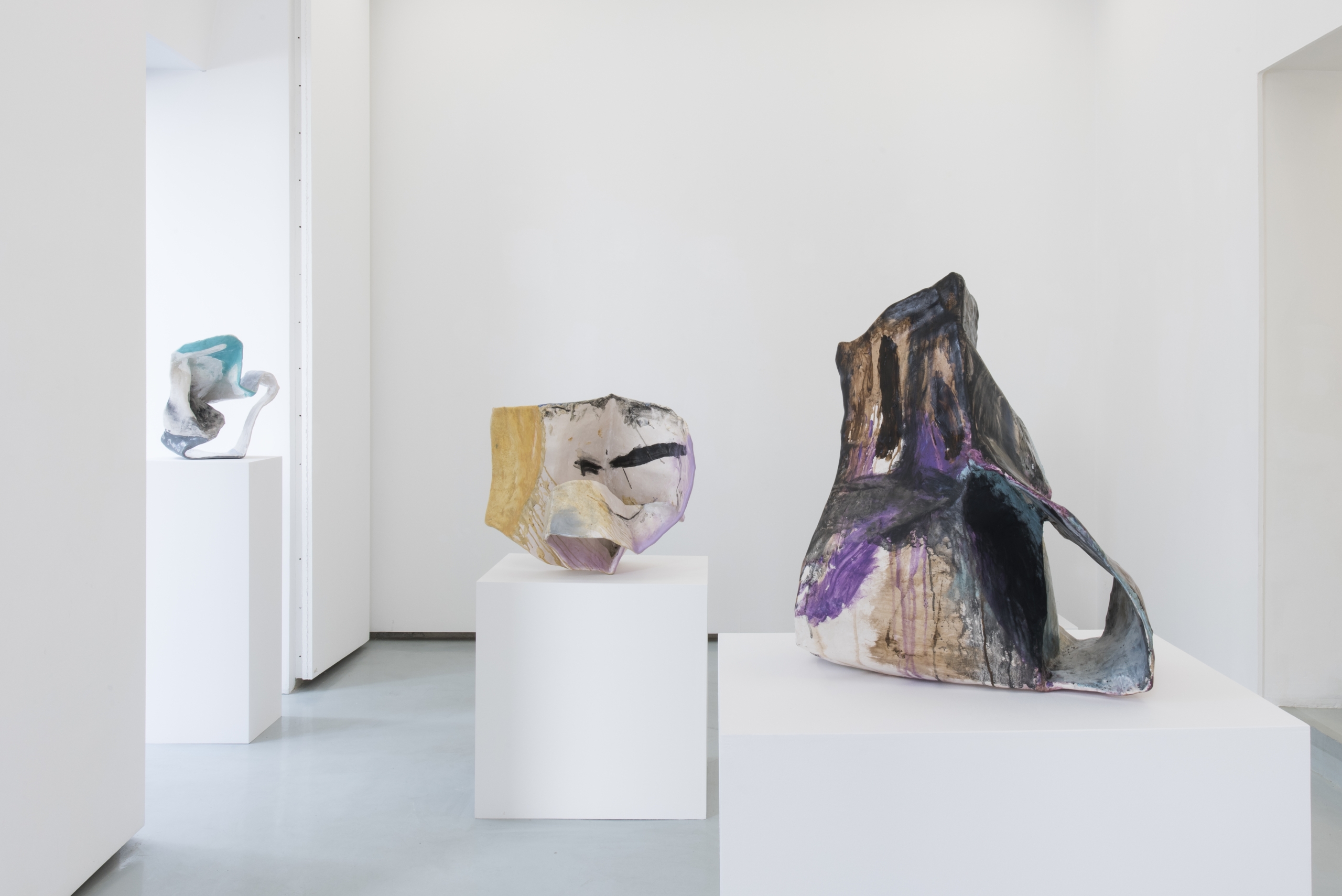 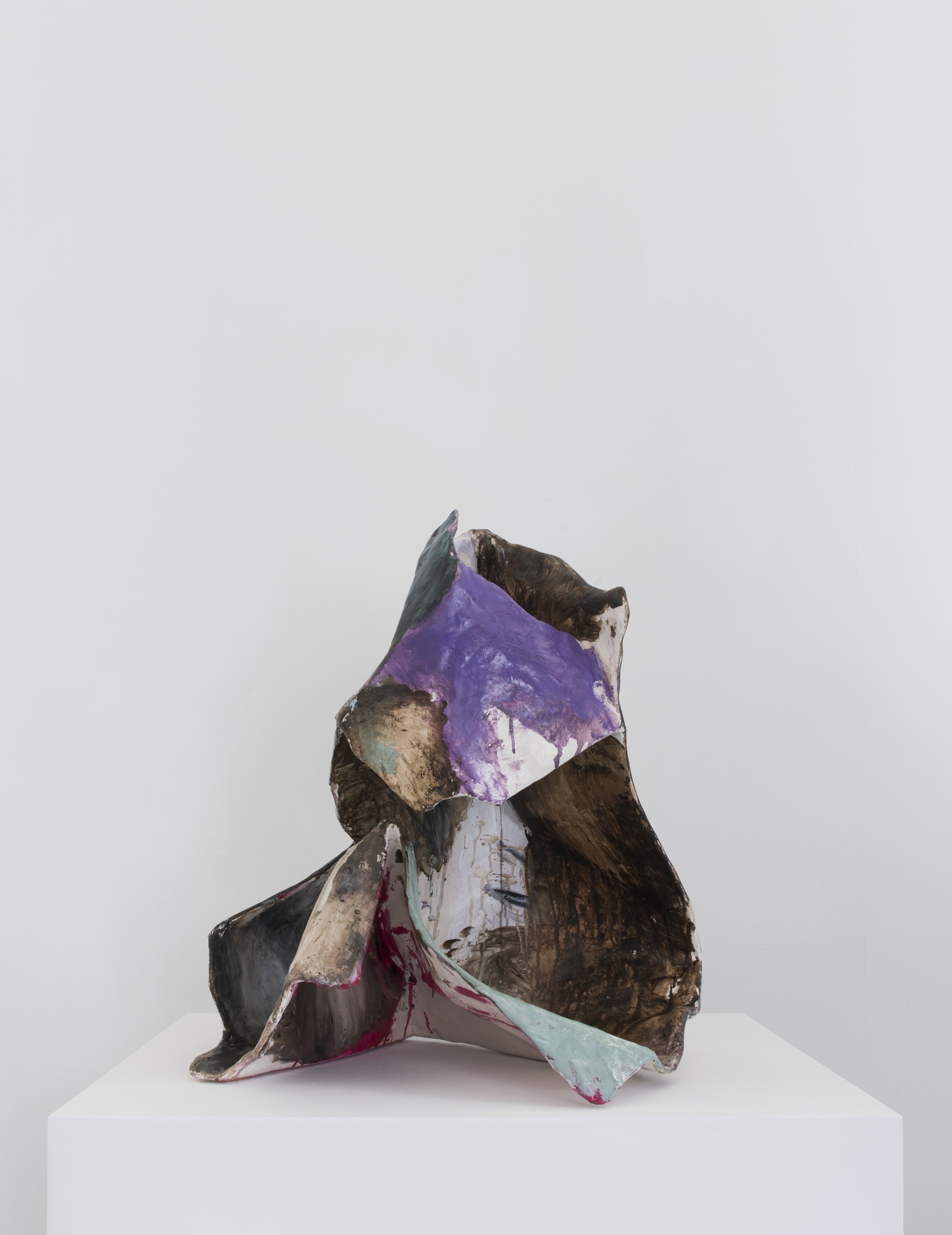 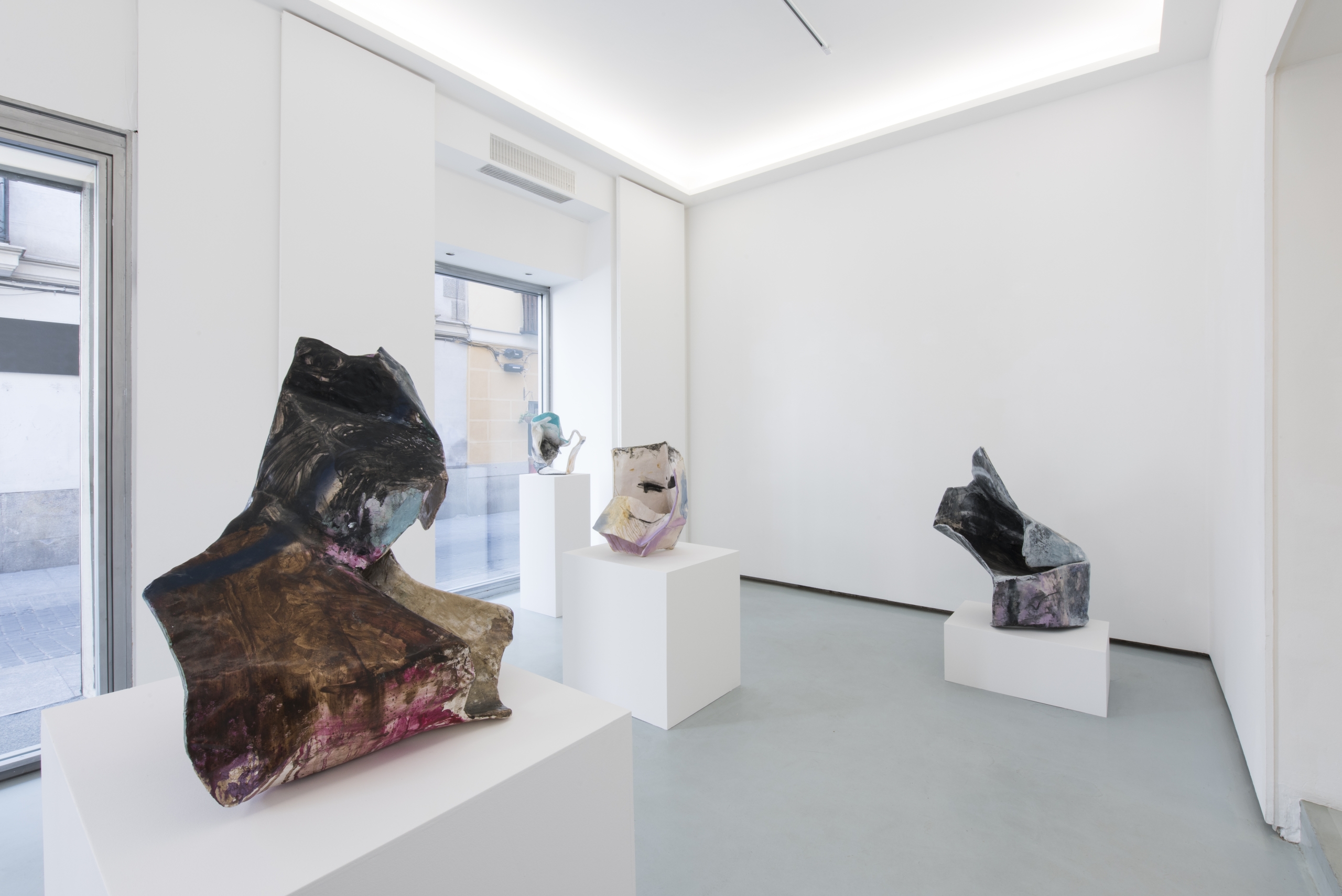 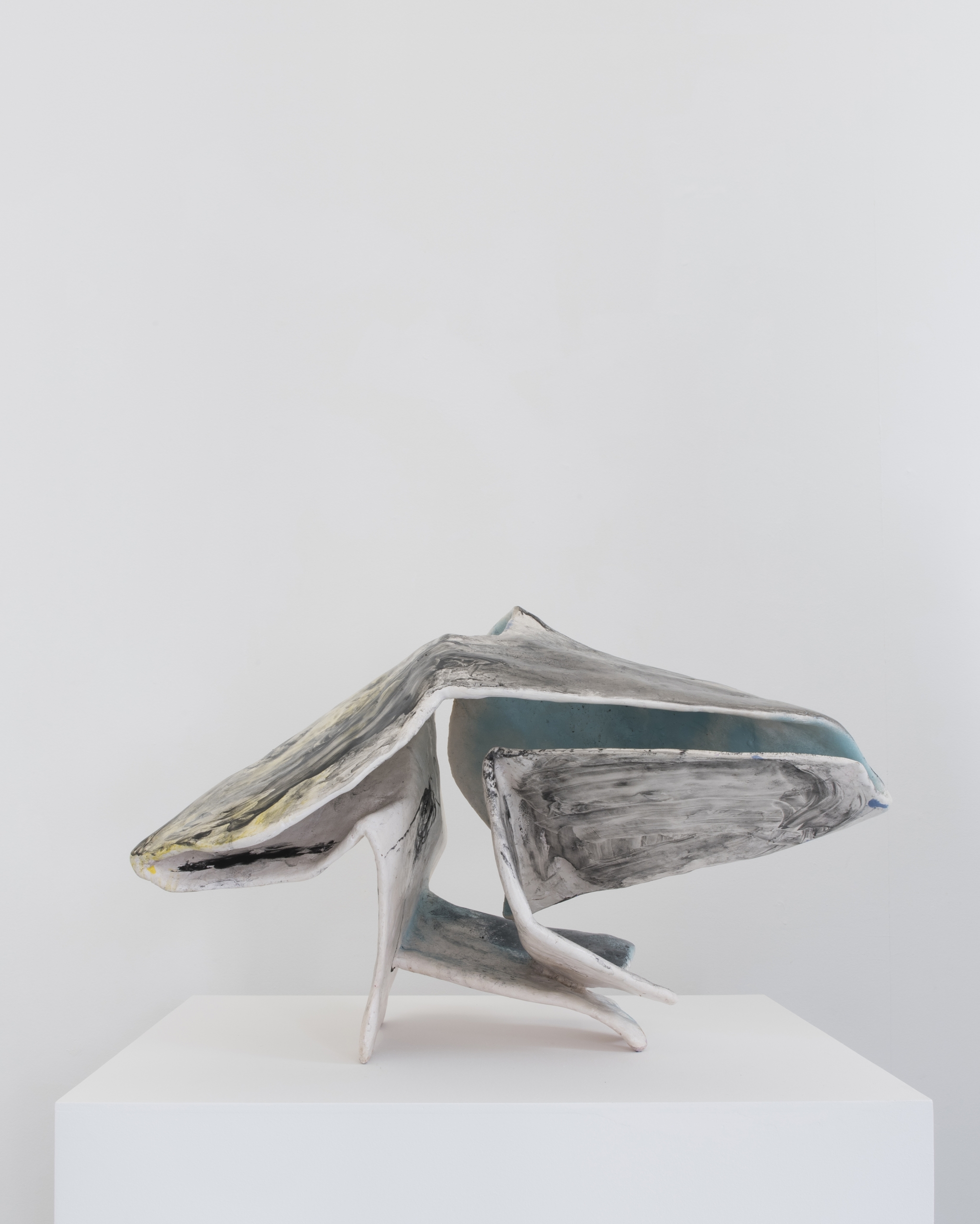 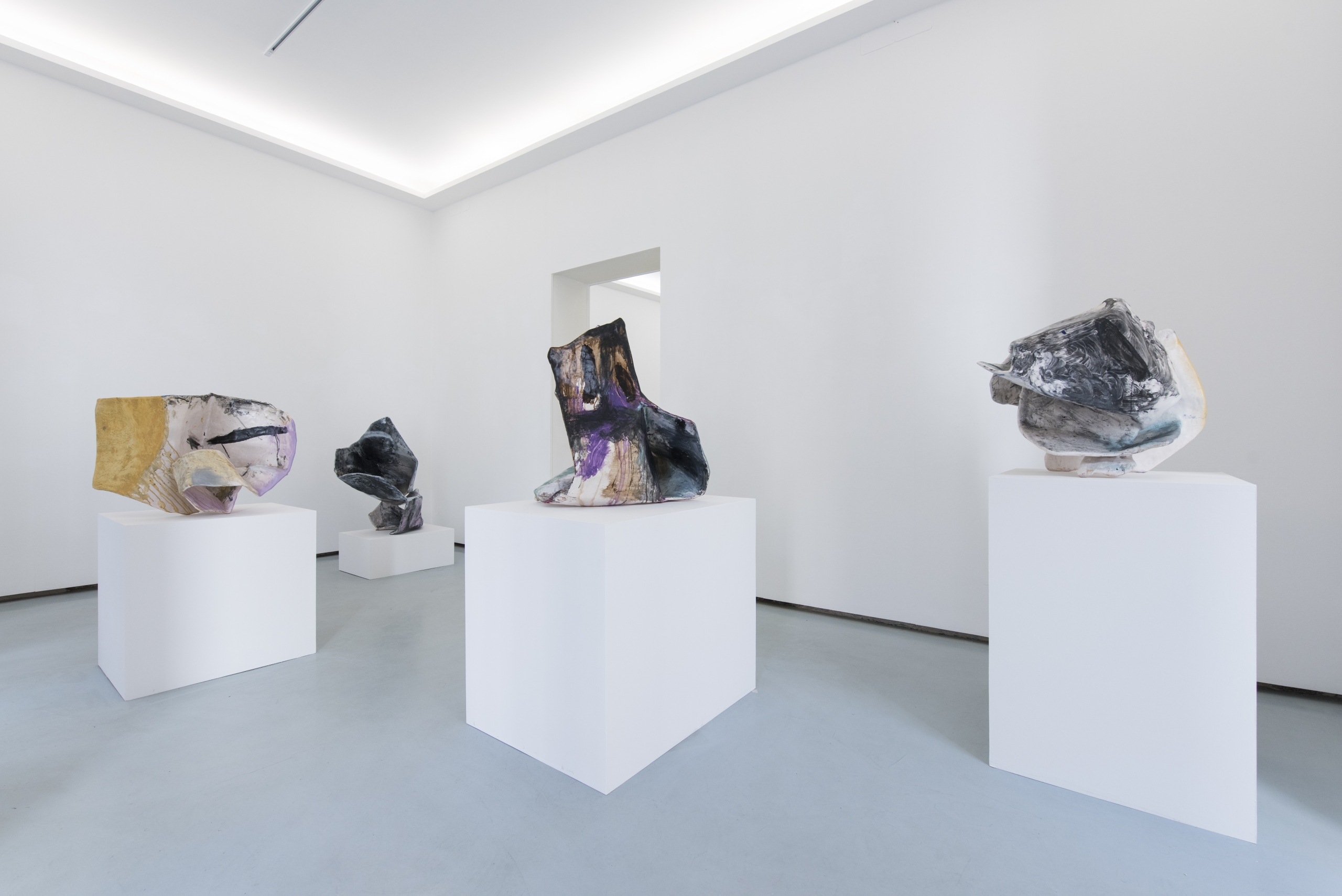 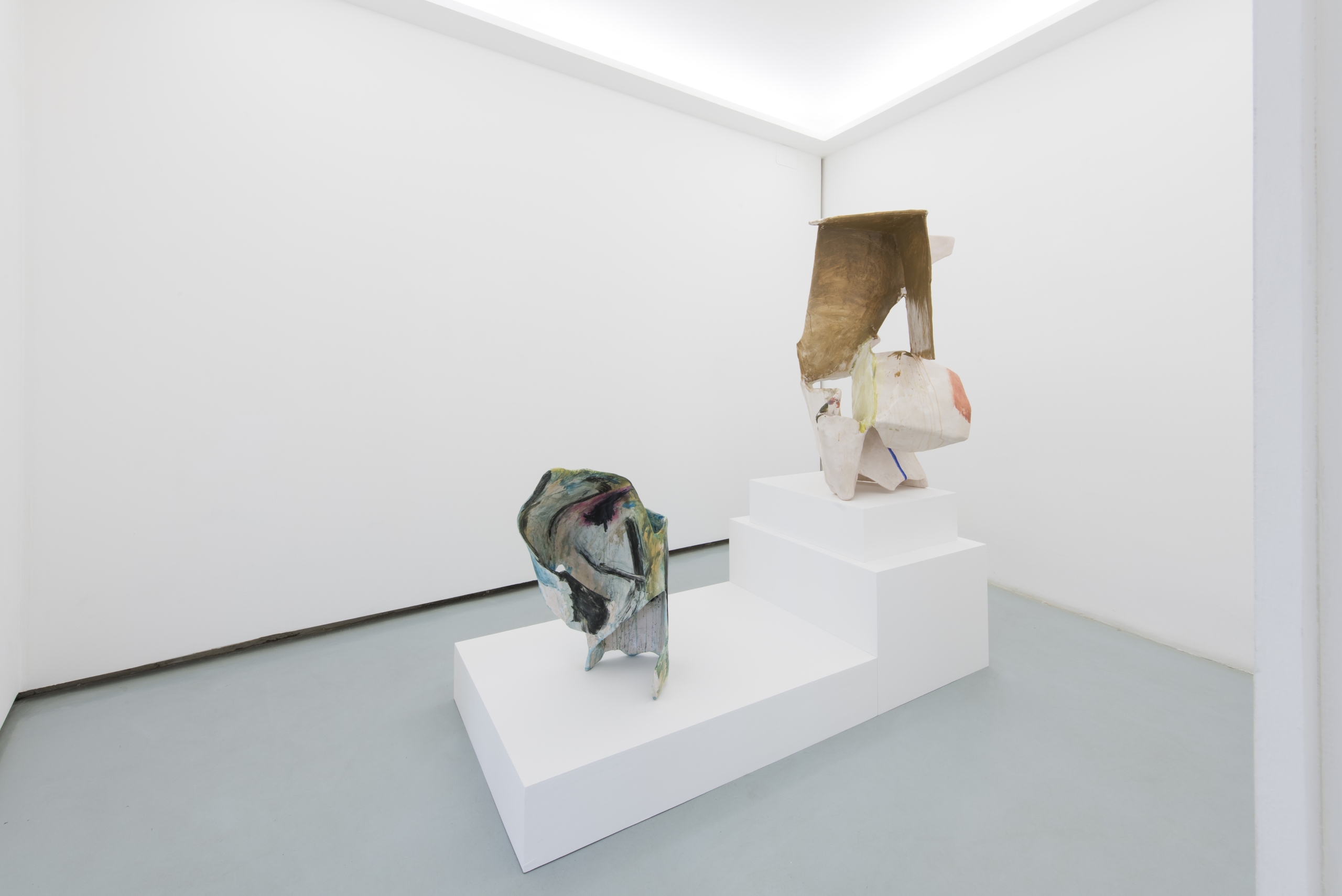 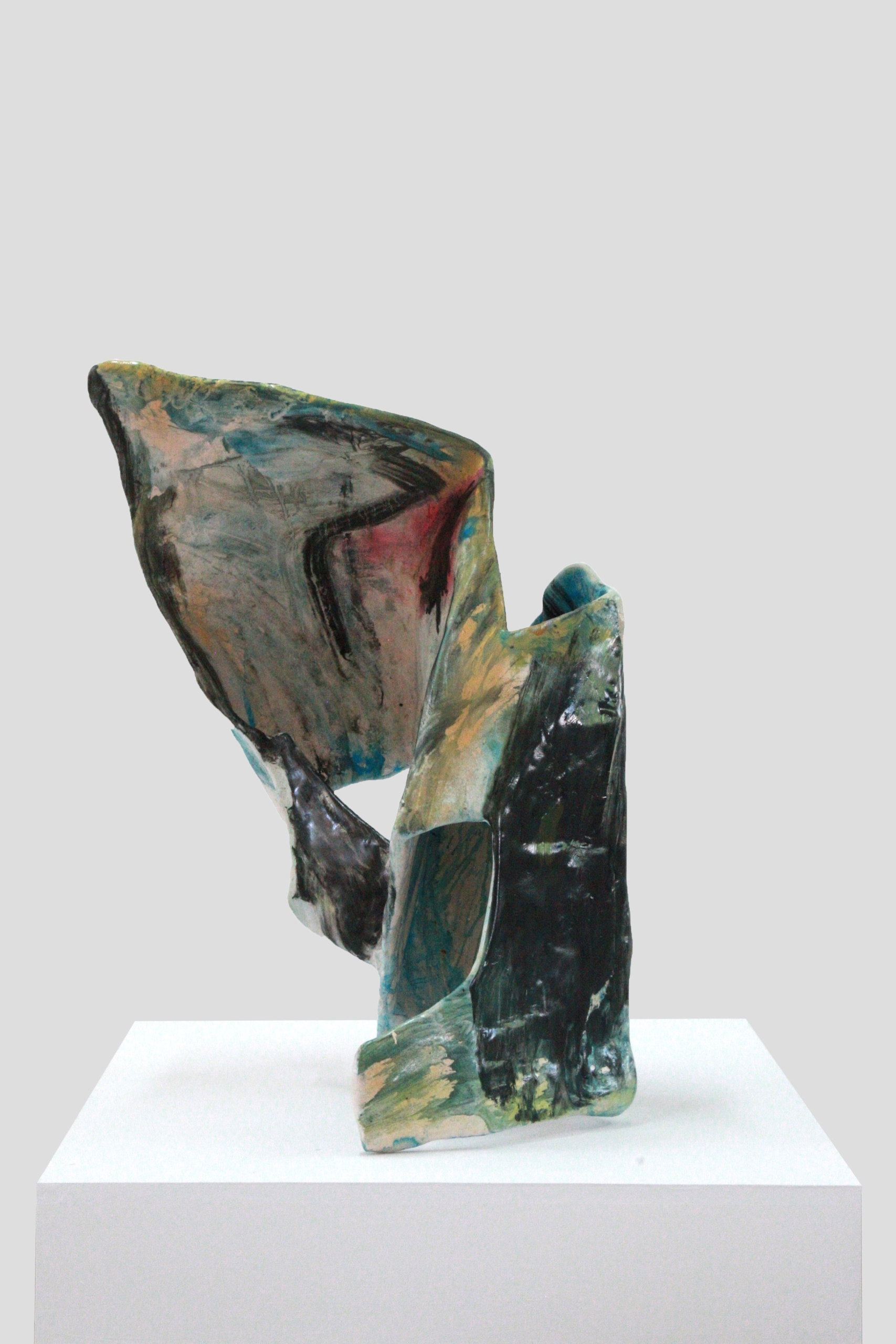 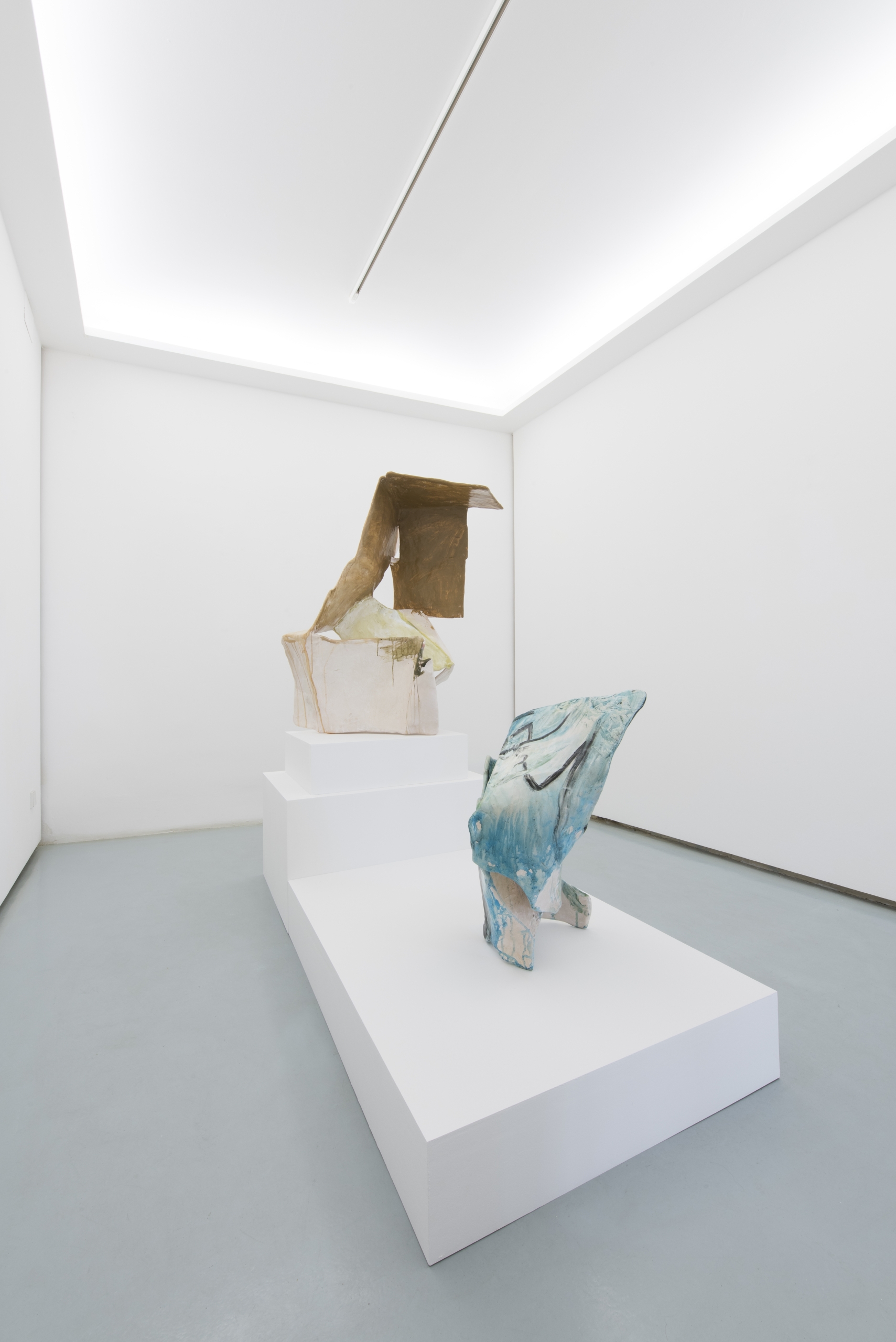 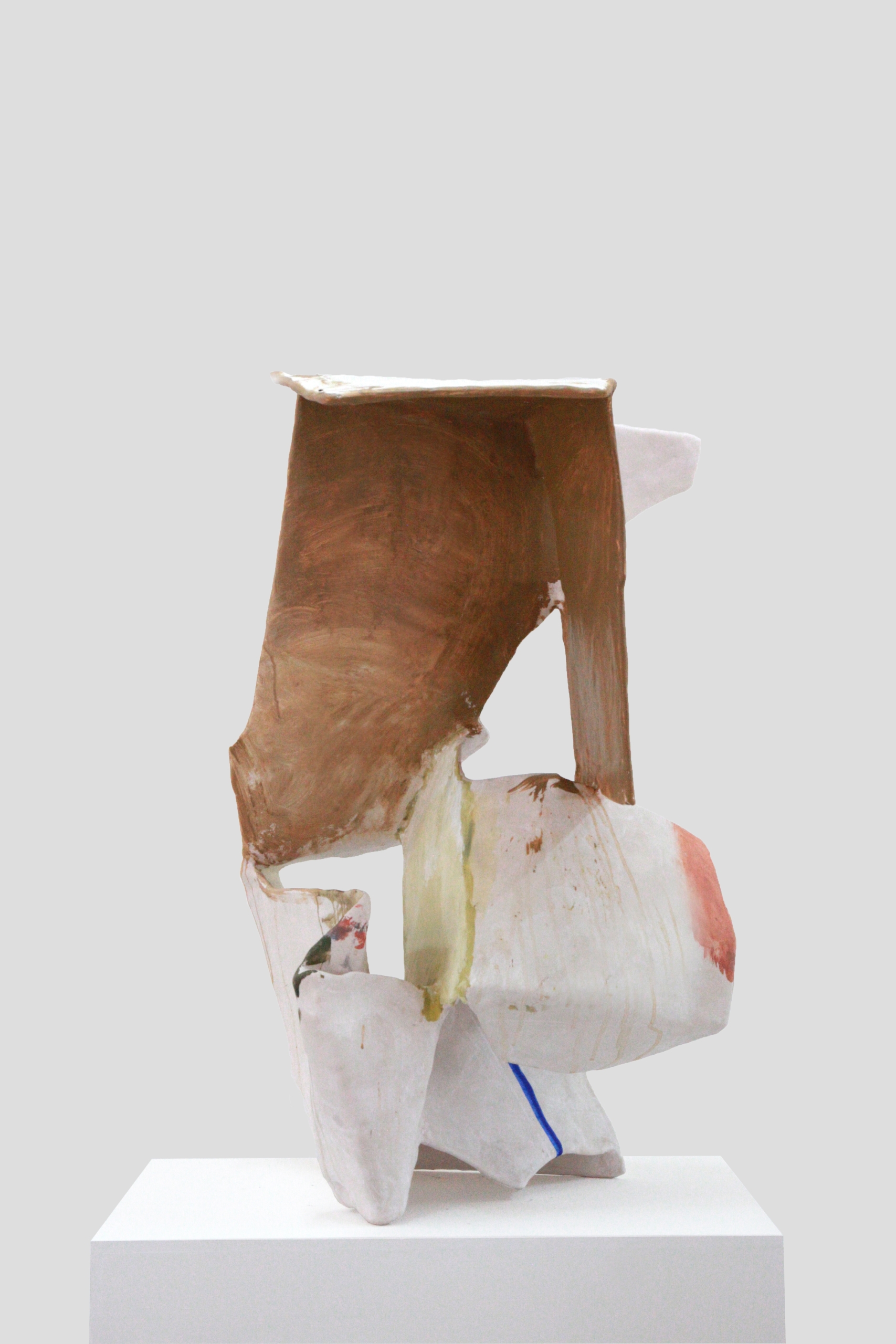 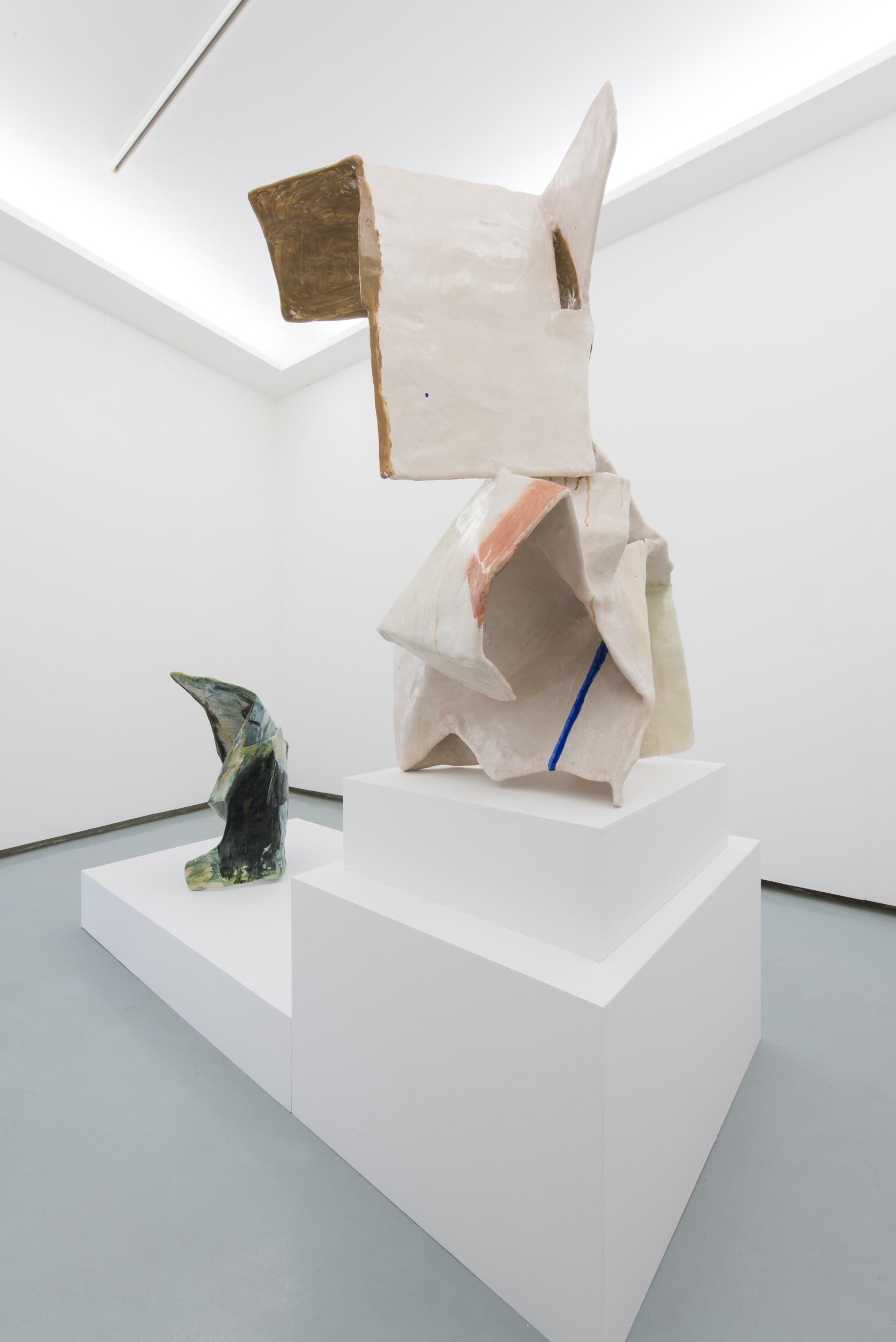 While in his first exhibition at The Goma a few years ago, Ernesto Burgos combined all kinds of elements to produce sculptures that also had room for painting, the US artist’s recent work has fused these two disciplines into an inextricable whole. But it’s not a question of expanded painting or indeed of intervened sculptures. As Roberta Smith argued, “in a way, Mr. Burgos is combining bad painting and bad sculpture that is more than the sum of its parts”1. Indeed, his handling of the material is brisk and unplanned, as is the subsequent painting of it. Though made in cardboard and fibreglass, the works look like ceramic, an initially malleable compound, in contradistinction to the material he really used. This factor and the use of colour could lead the beholder to perceive an ornamental intention that is never actually delivered. In his approach, Burgos is closer to new expressionisms but his treatment is more performative, leaving no room for later rectification. There is a physical interaction in which the artist smears and propagates the paint and charcoal, sometimes directly with his hands, over the modelled surface without coming across any impediments except the empty spaces in the bioform mass. Divested of any geometric idealism, Burgos generates a diversity of planes that offer no hindrance to the prolongation of the line. In his work, the fluidity of the material and the paint seem to be stretched to unattainable limits. The forms are rooted in the perception of continuous space and, as such, they tend towards an organic model, where the cavities are the only limits, negating the very solidness of the sculpture and making the work more abstract. These holes invite an exploration of the rest of the materiality expressed in the exhibition; the search for other three-dimensional sketches in the architectural space.

“Divested of any geometric idealism, Burgos generates a diversity of planes that offer no hindrance to the prolongation of the line”