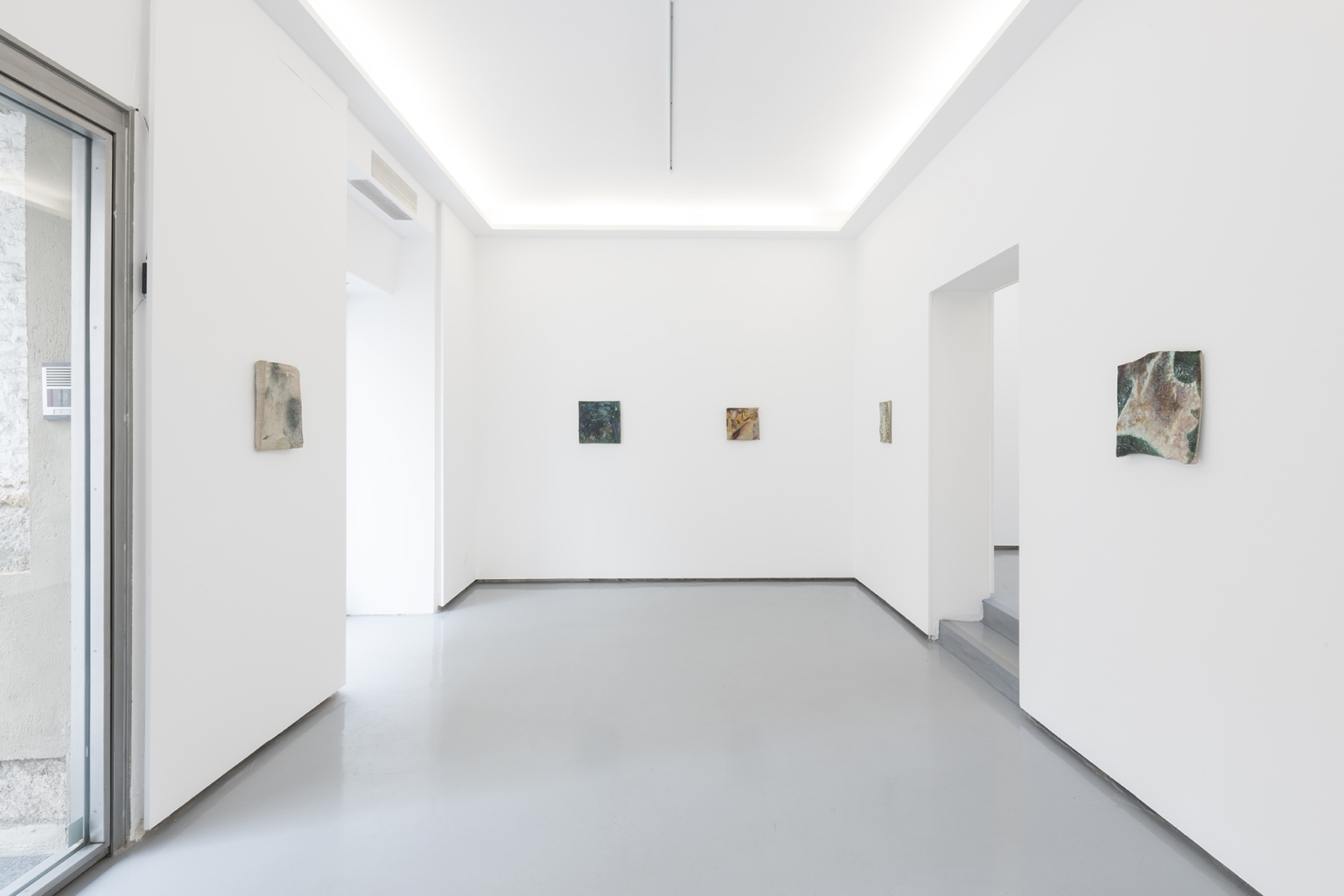 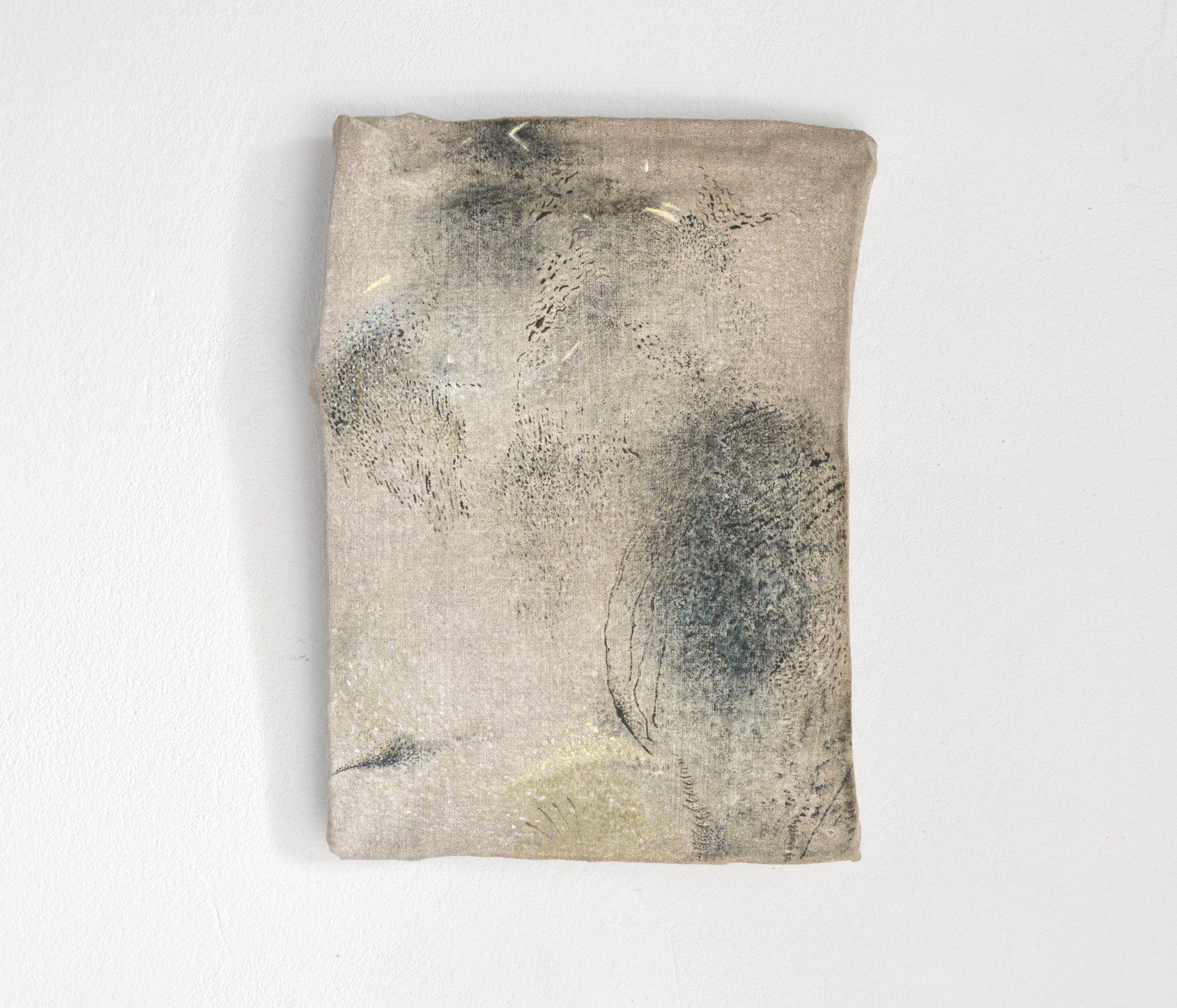 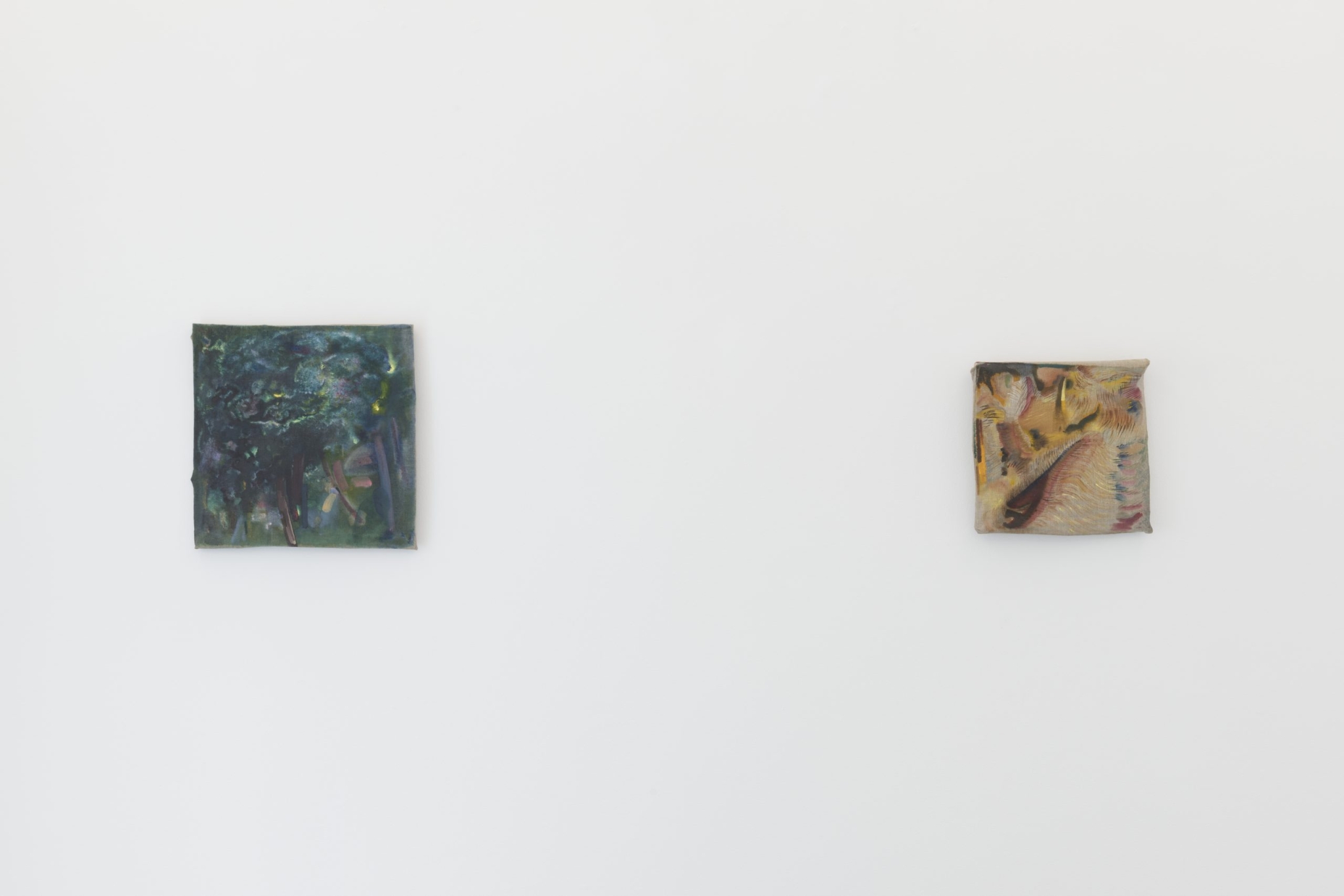 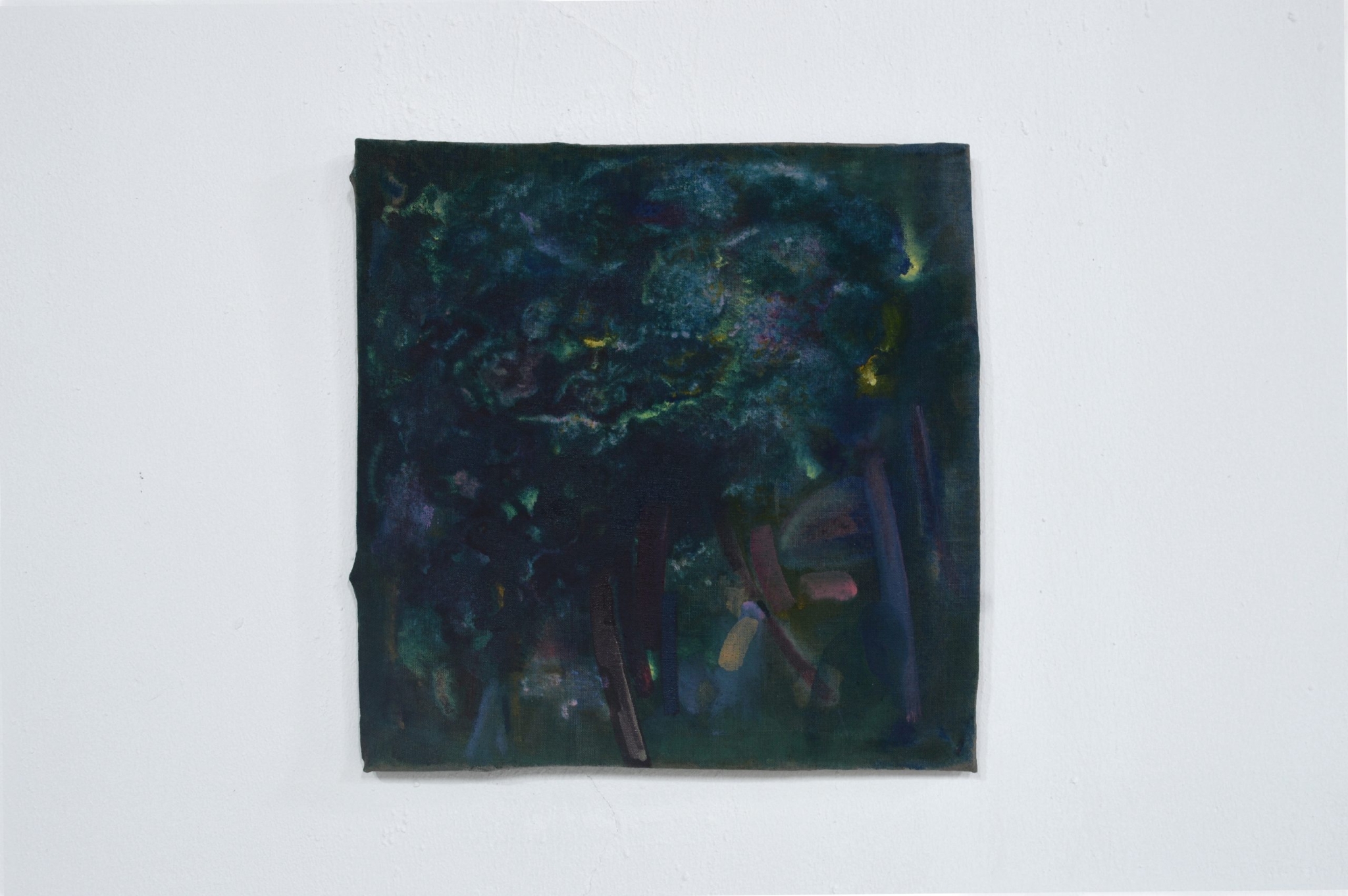 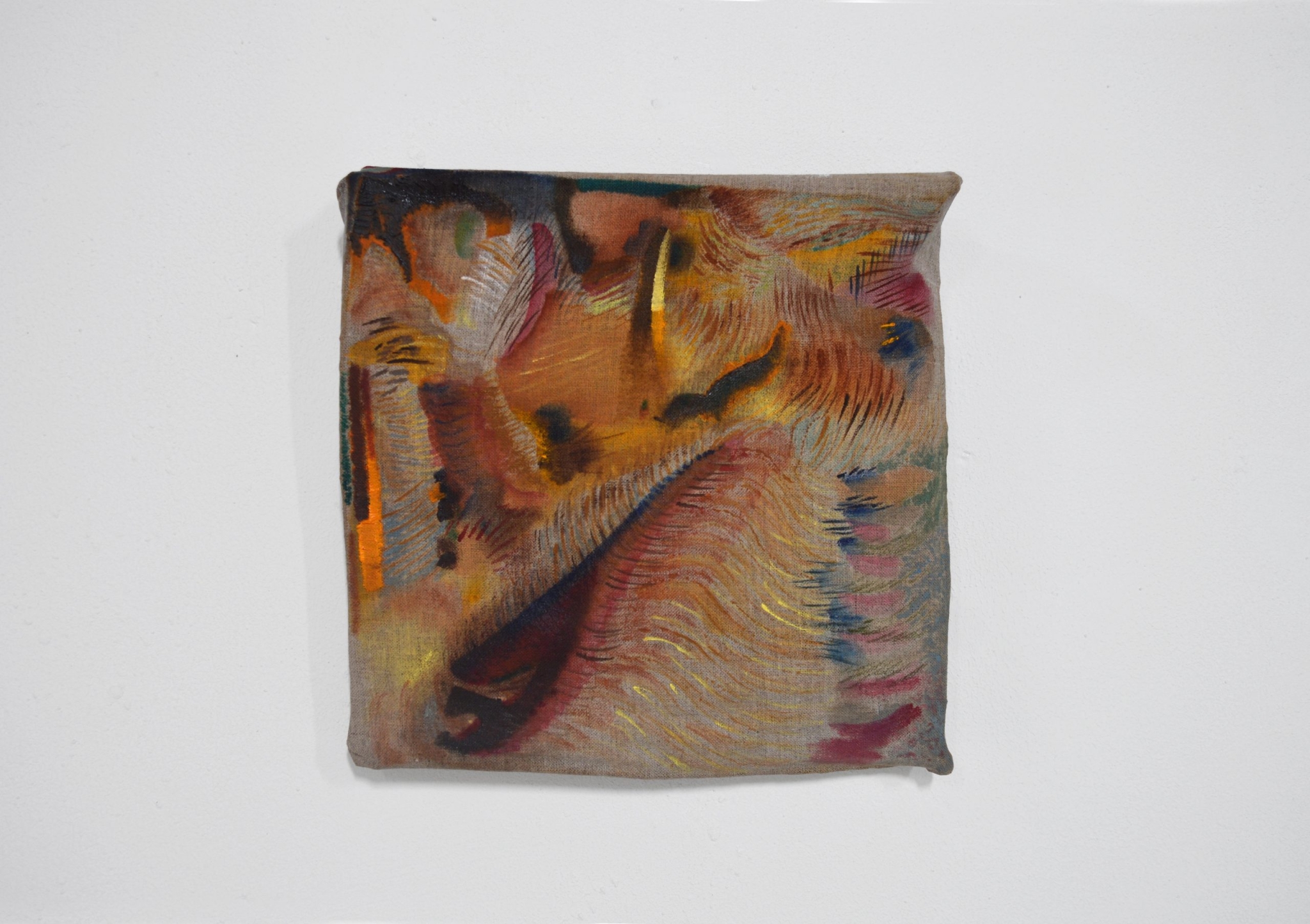 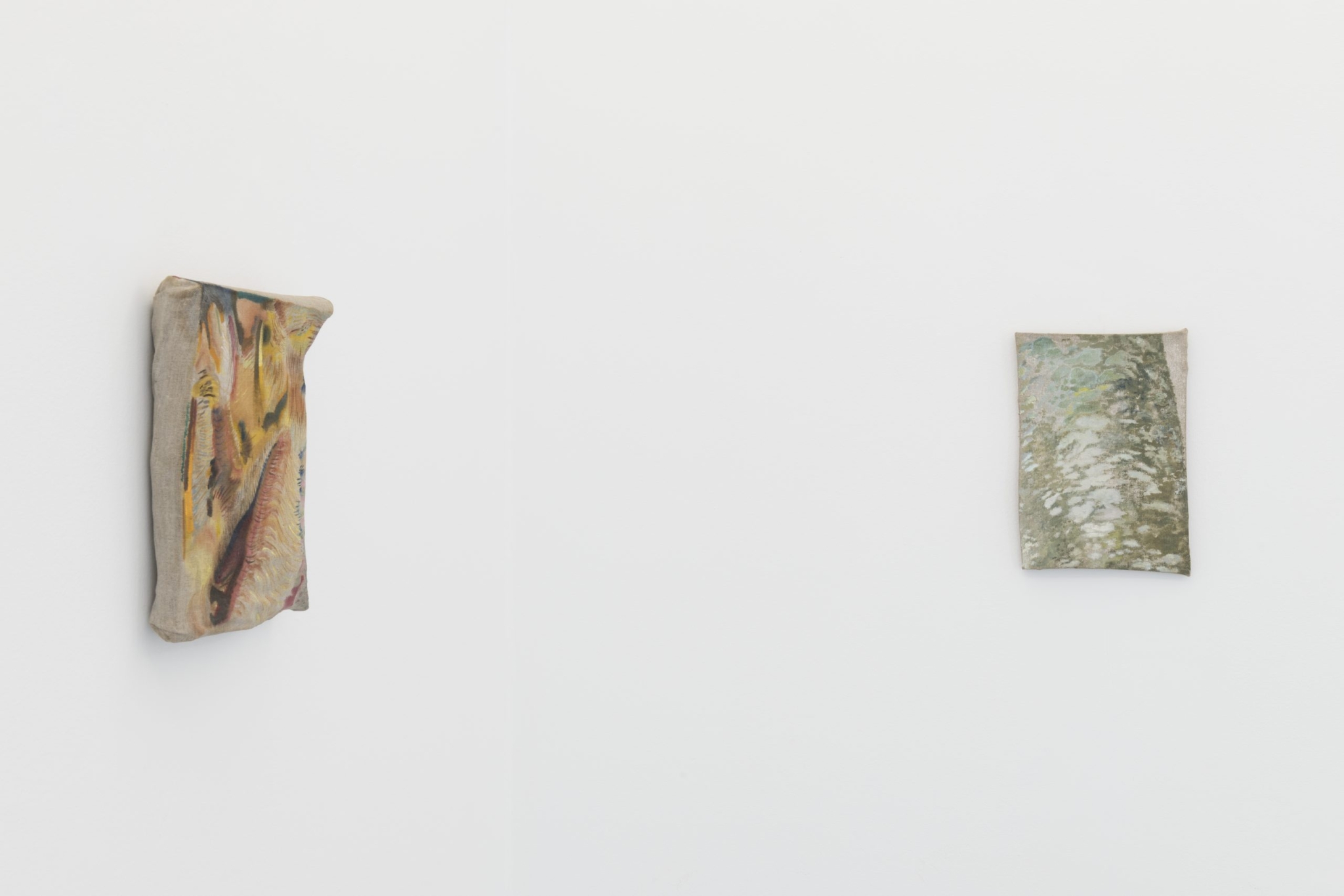 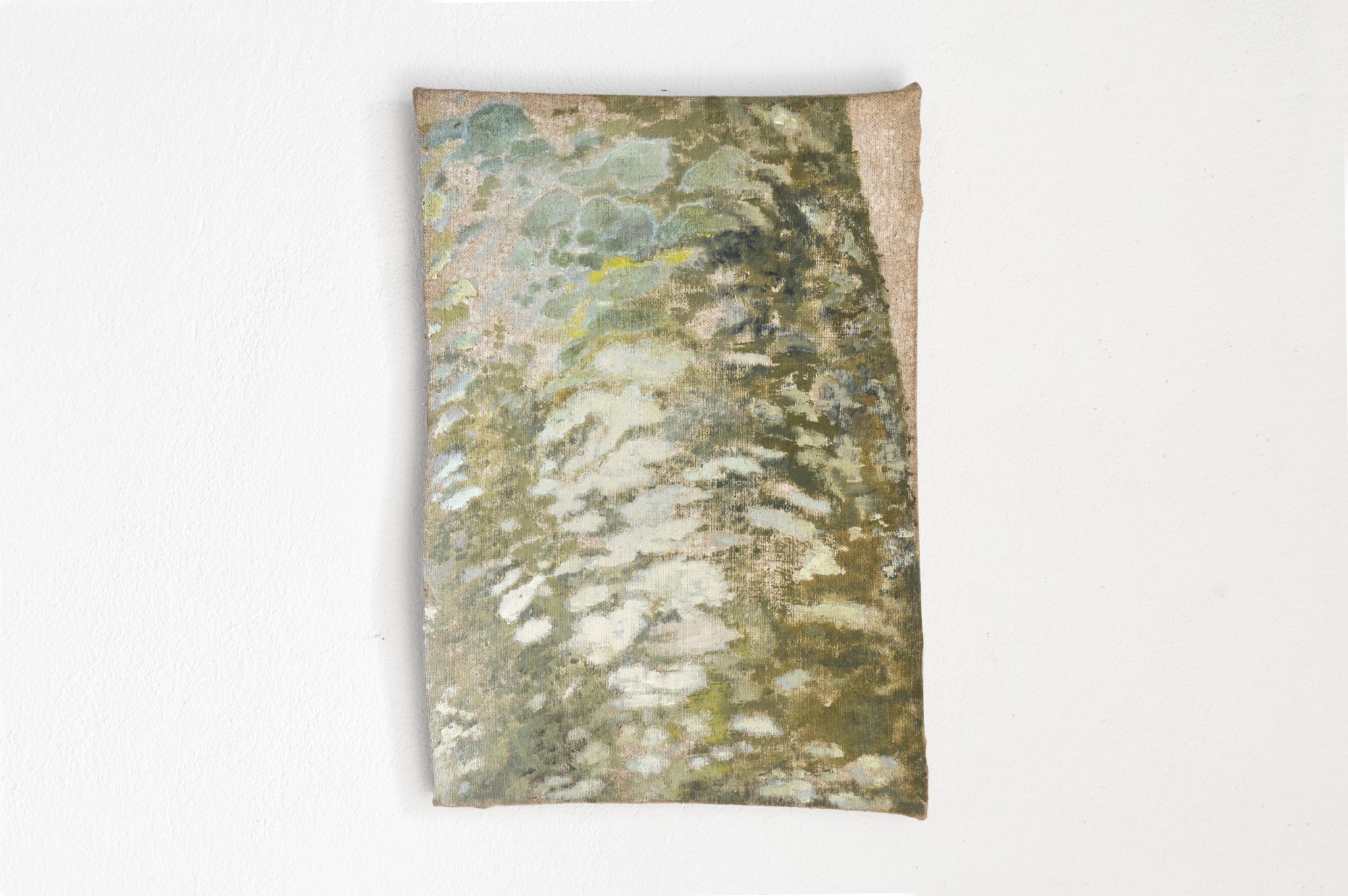 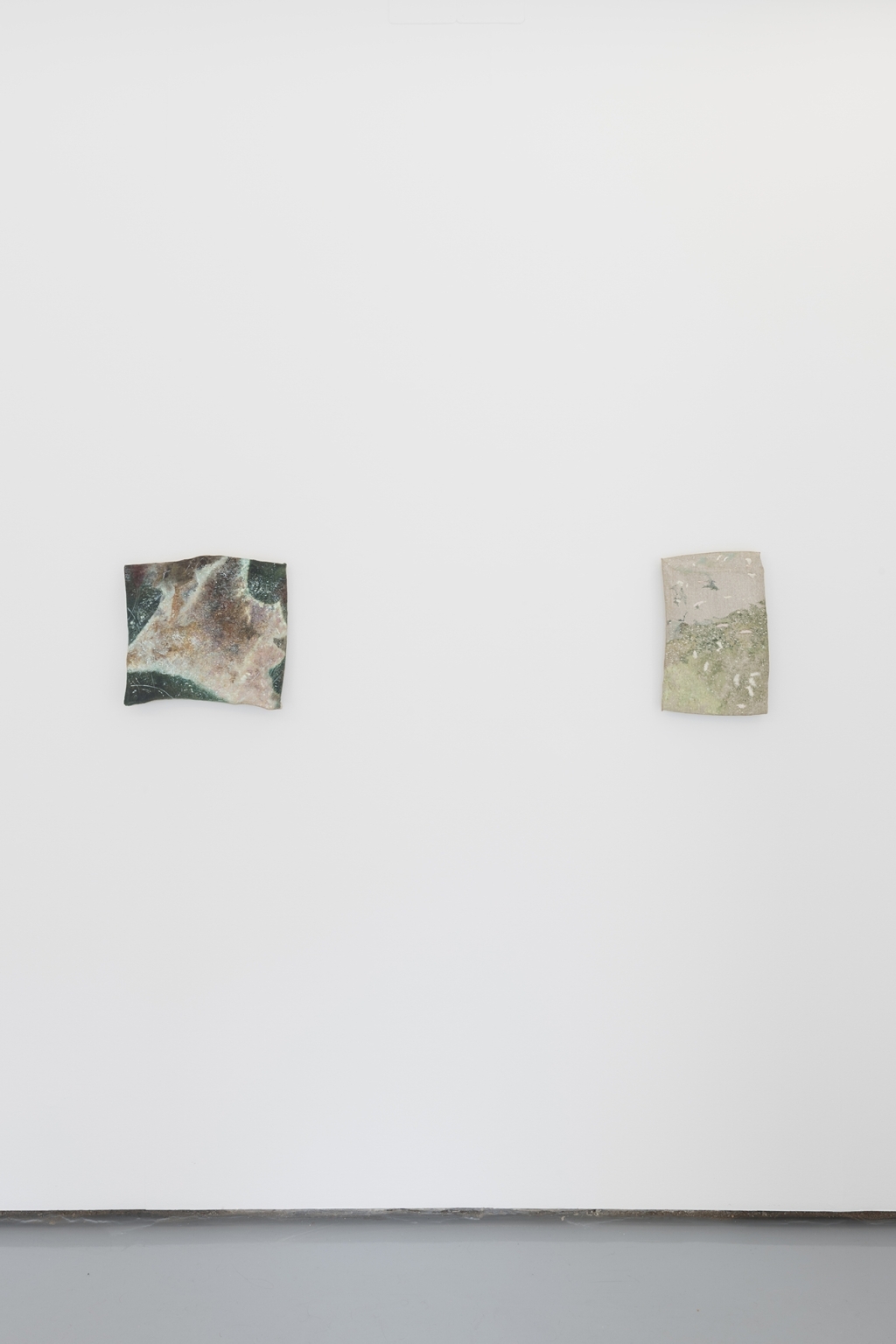 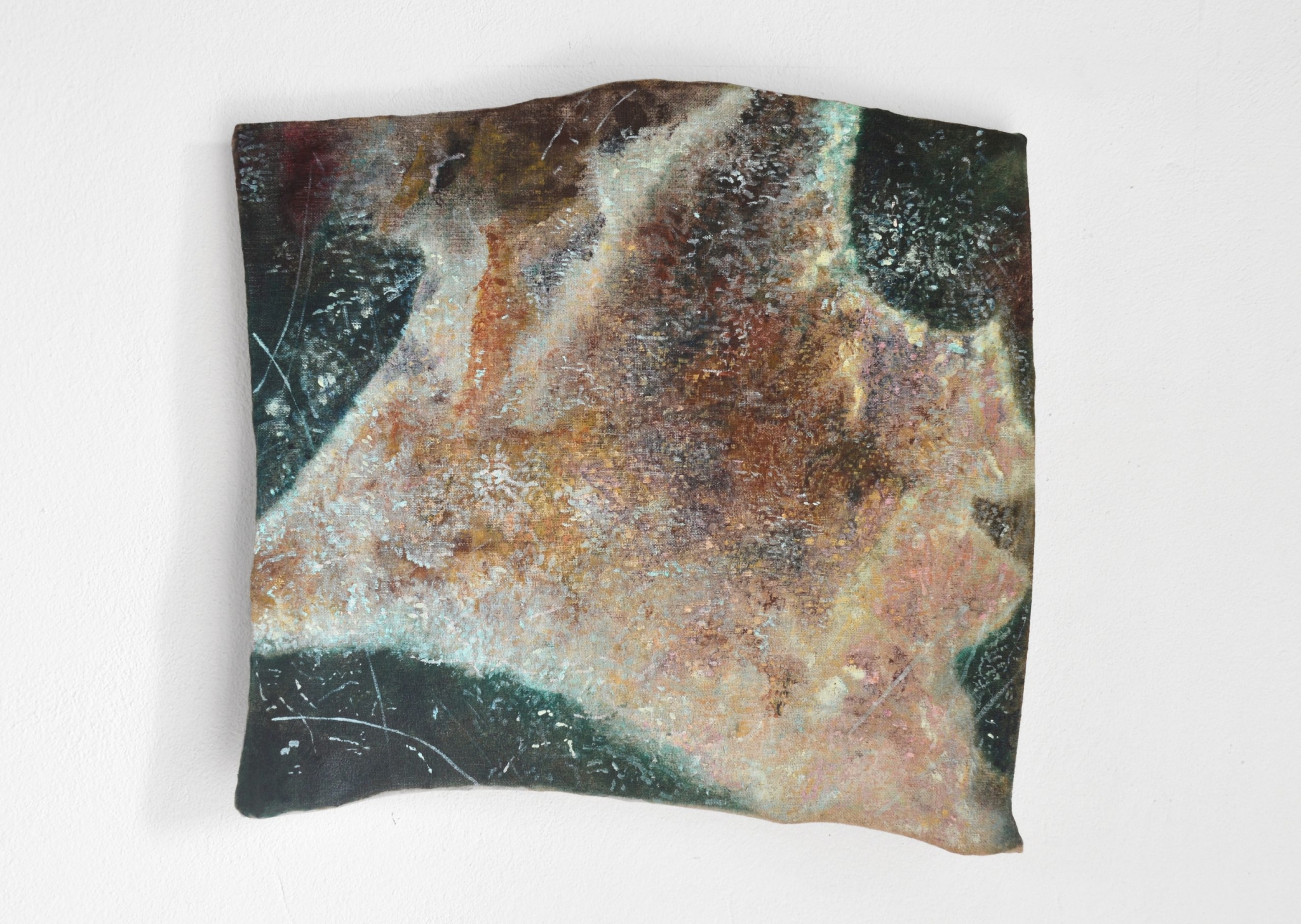 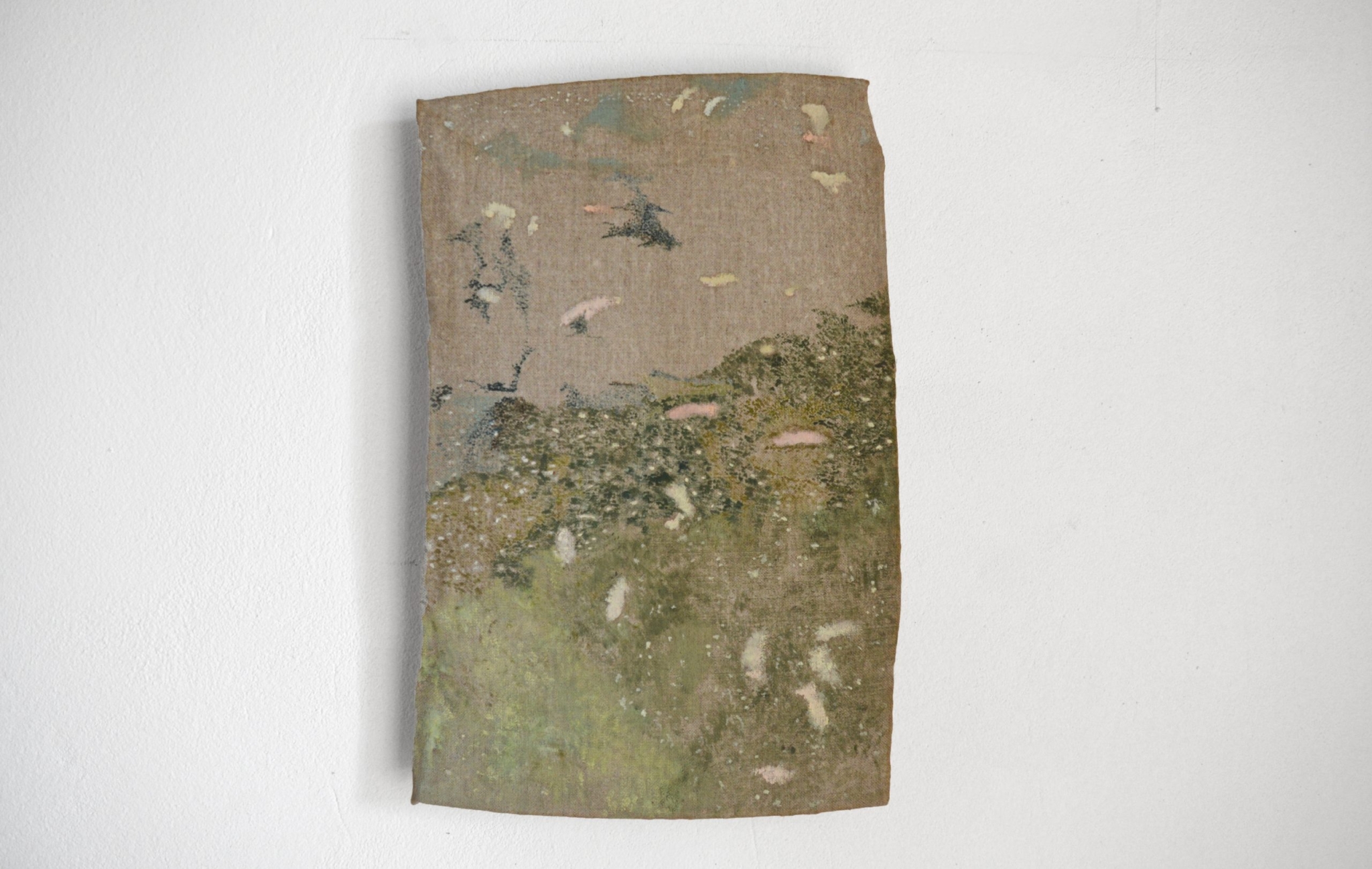 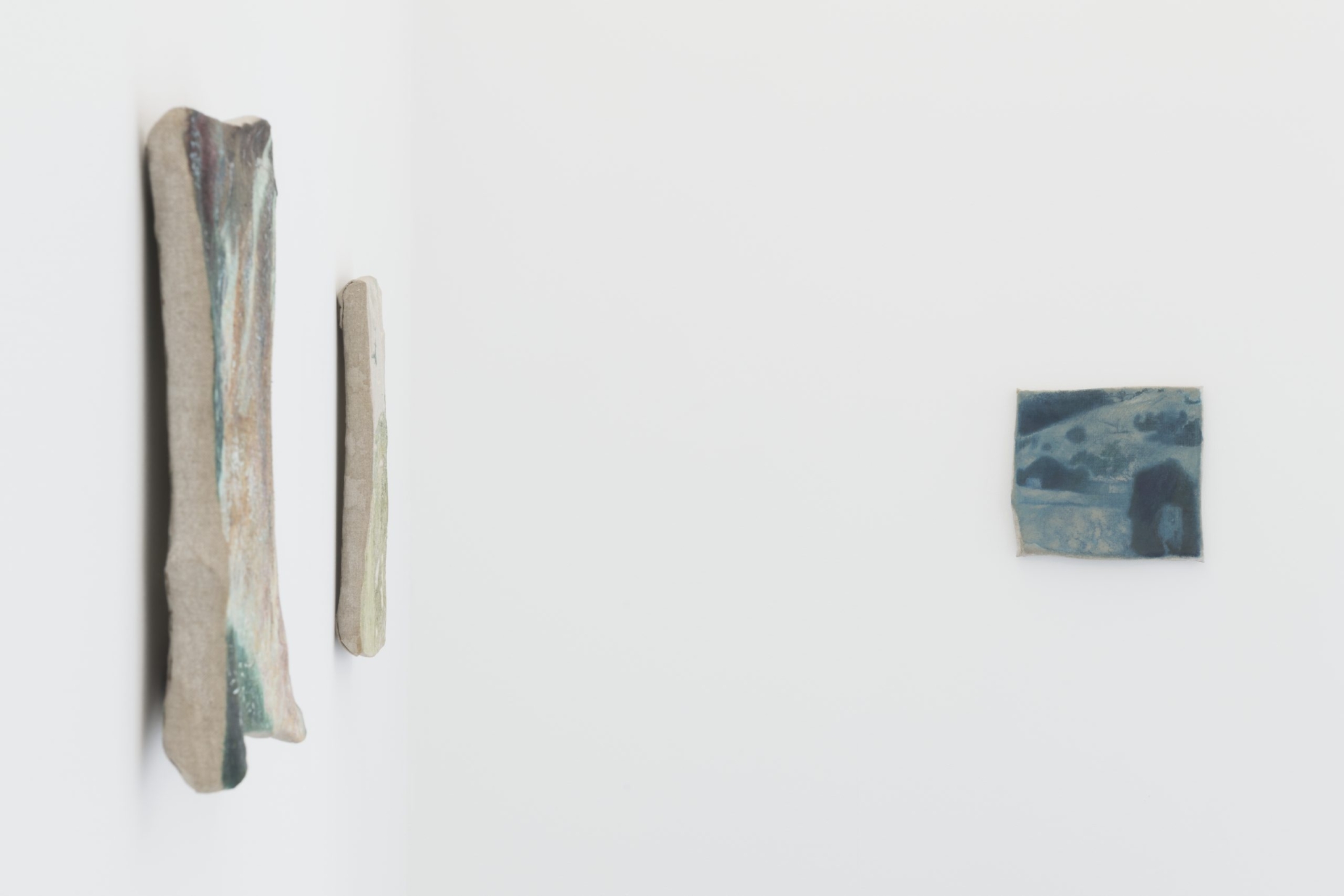 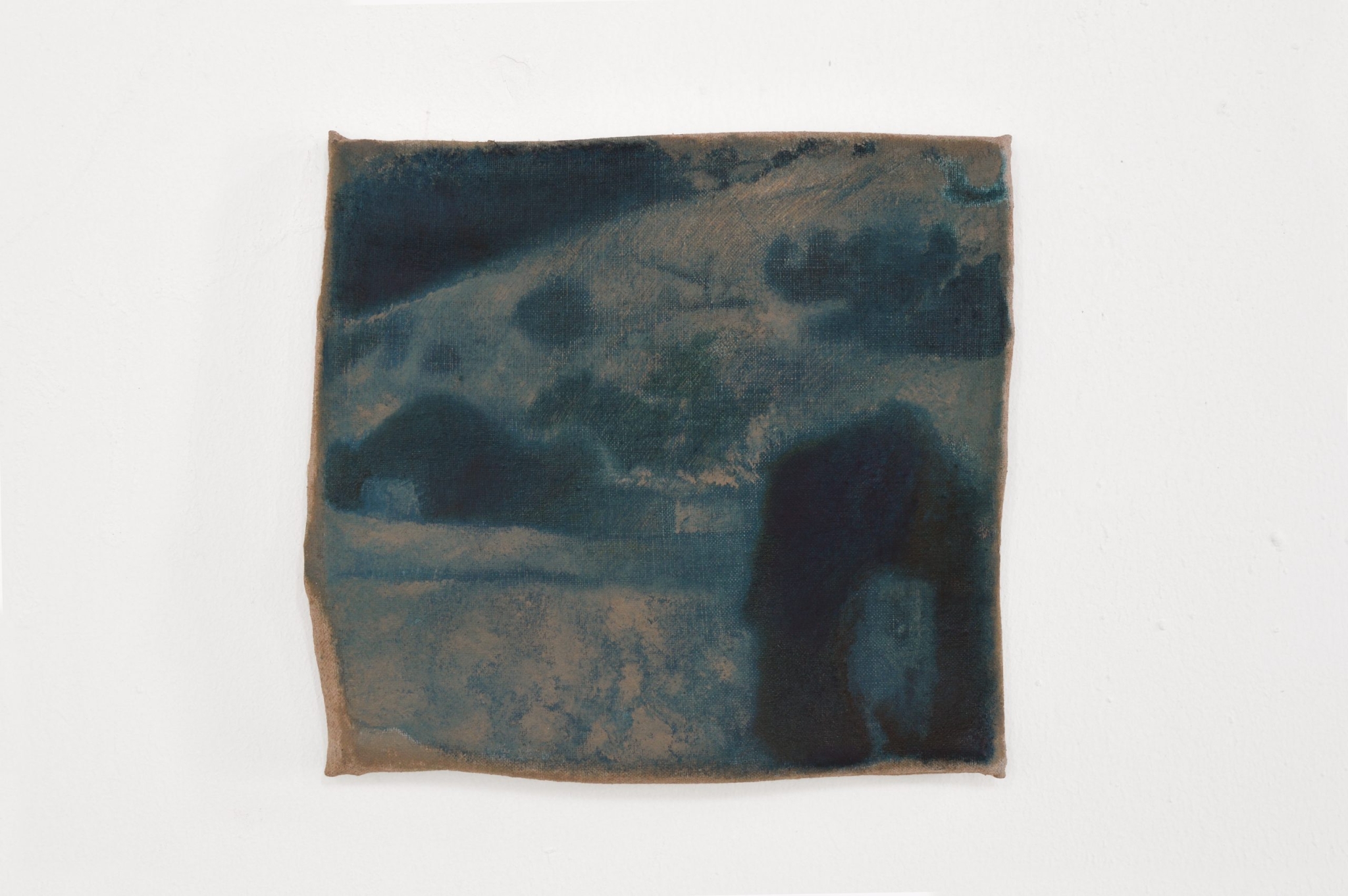 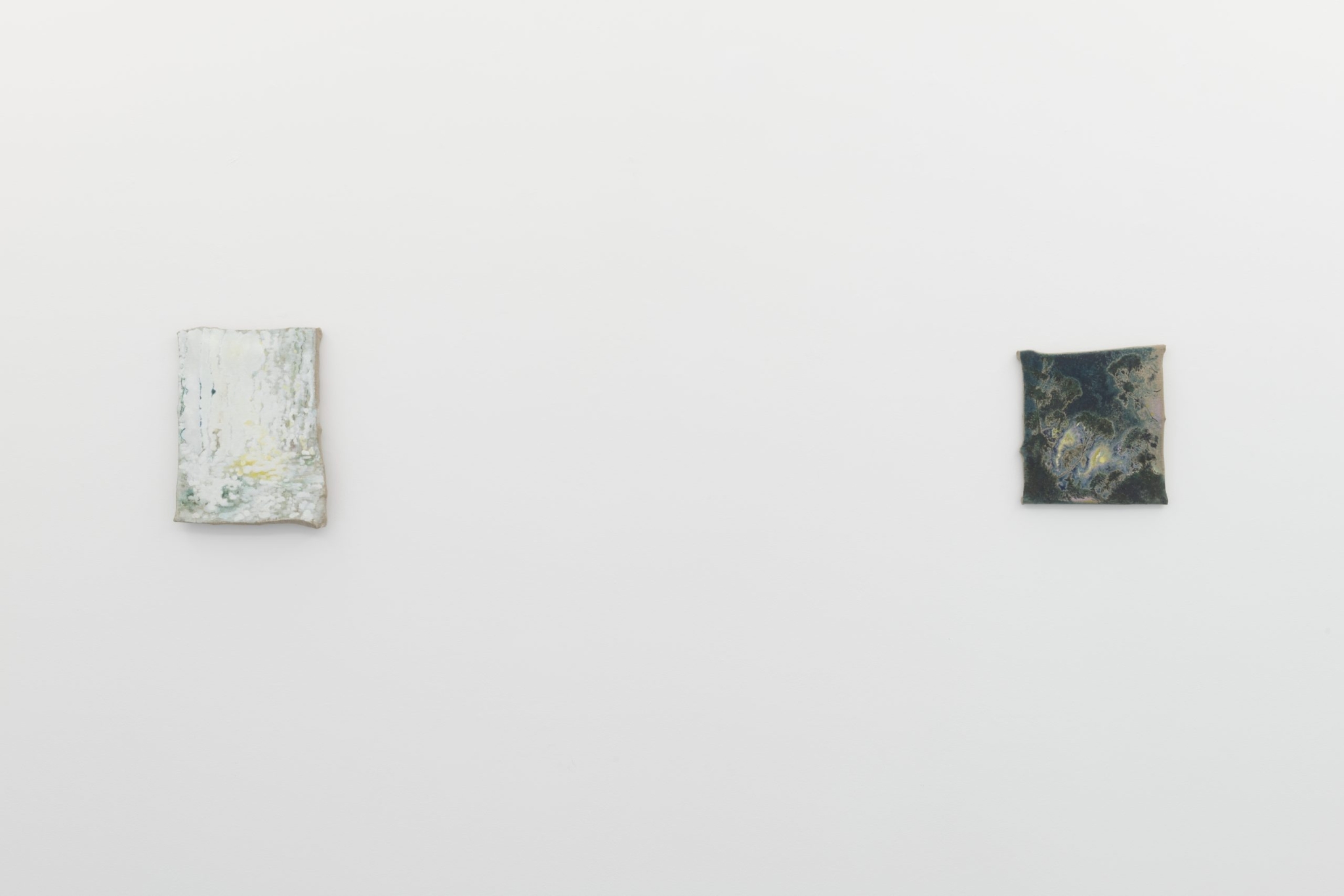 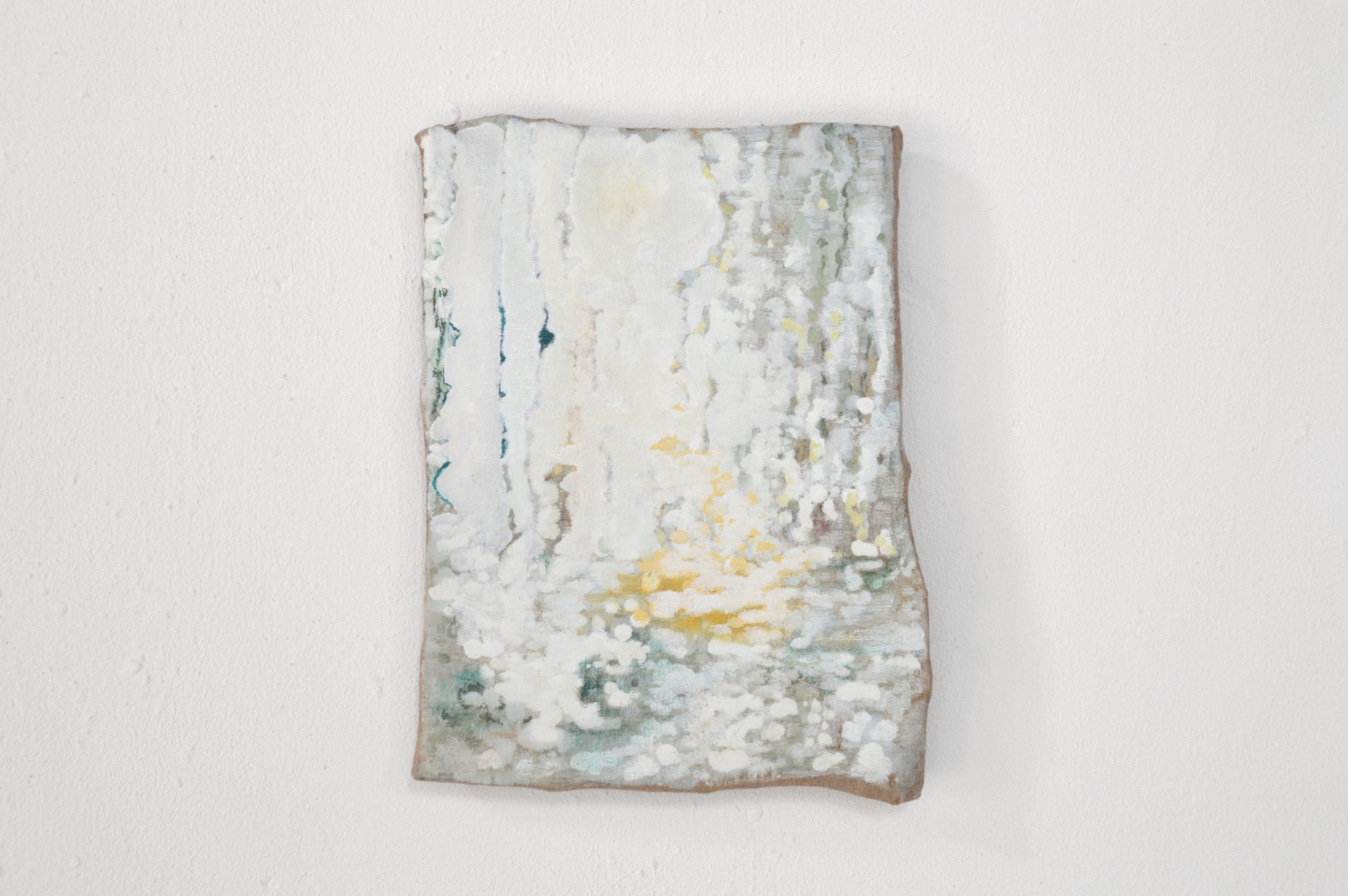 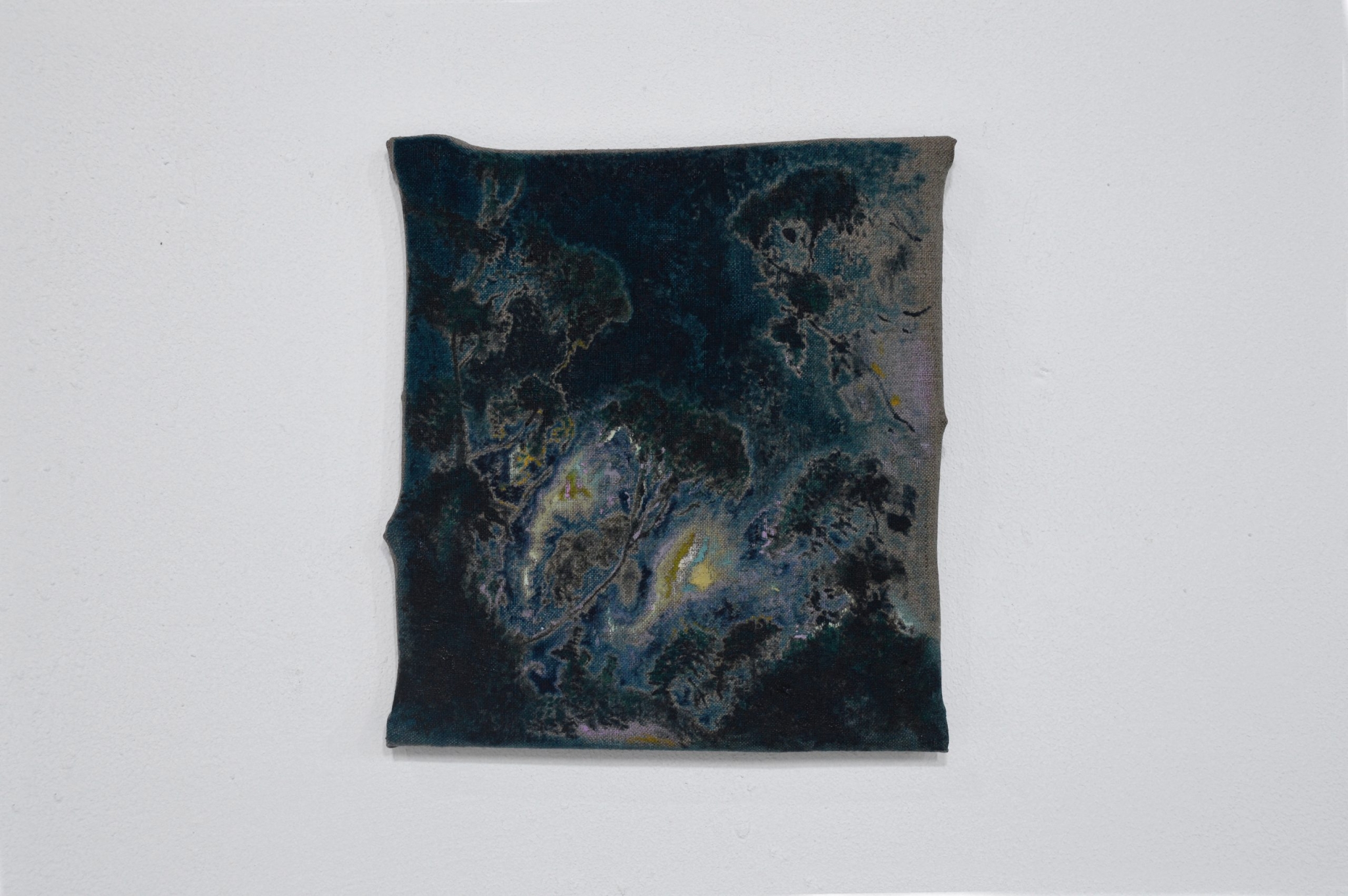 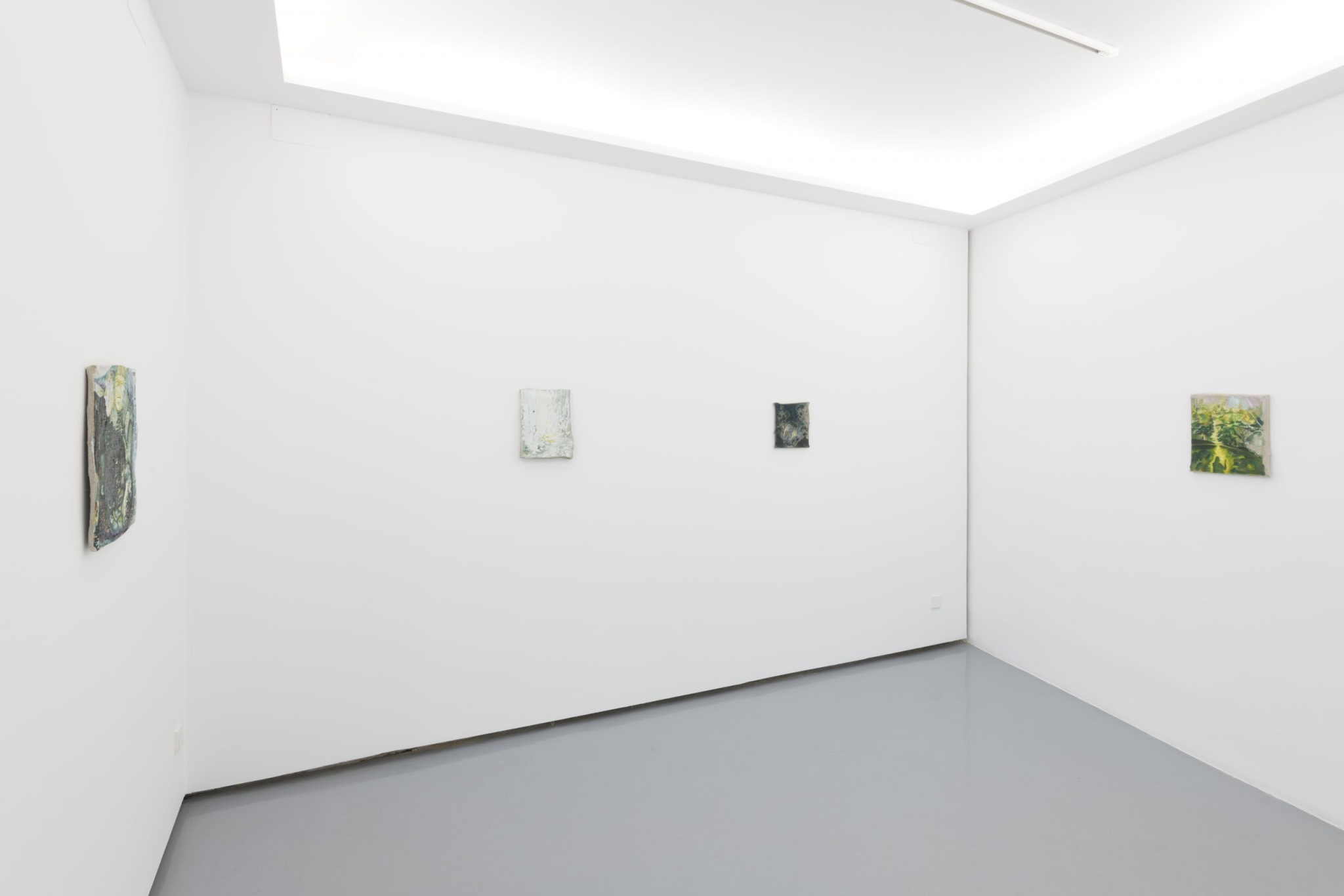 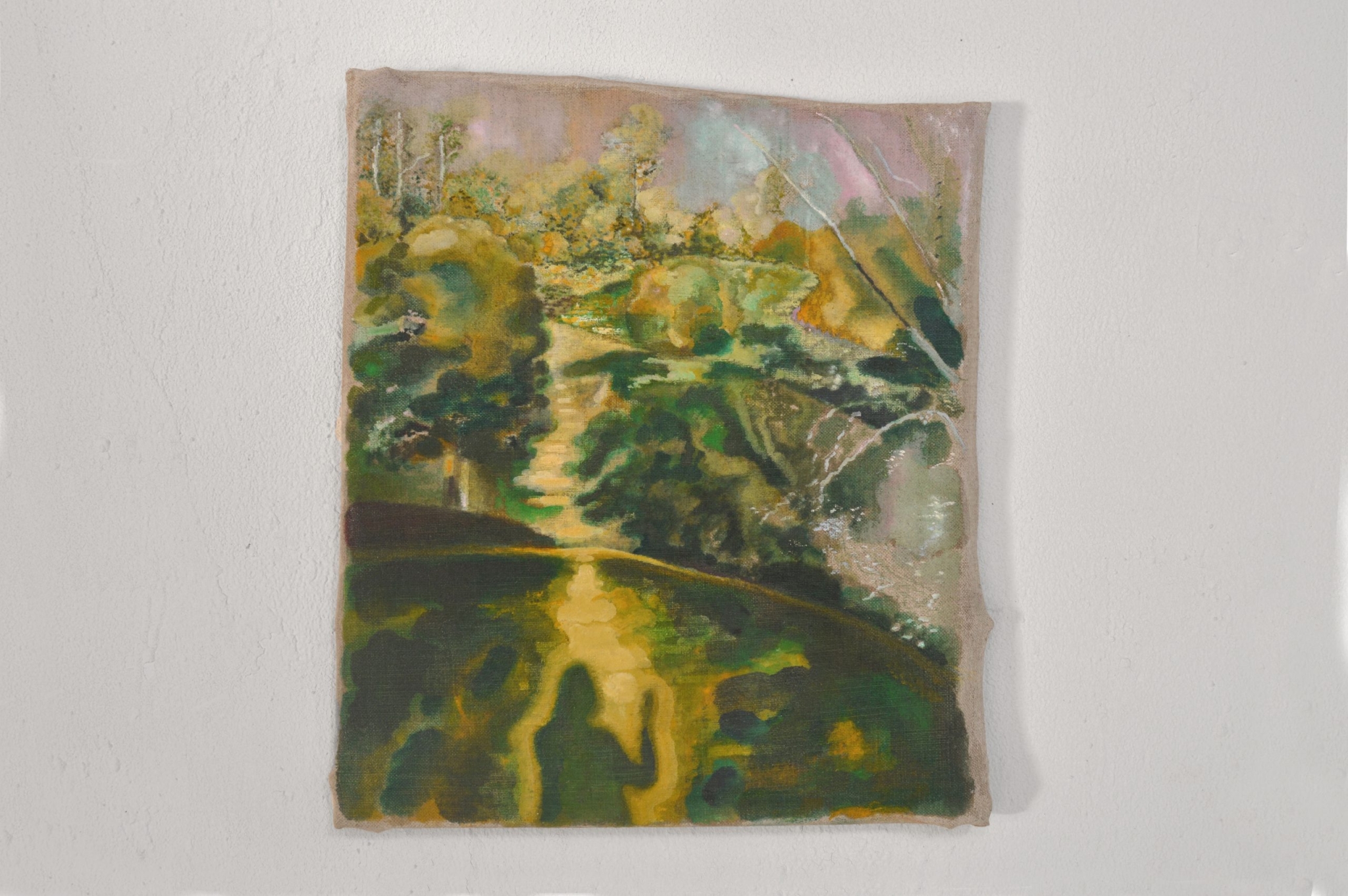 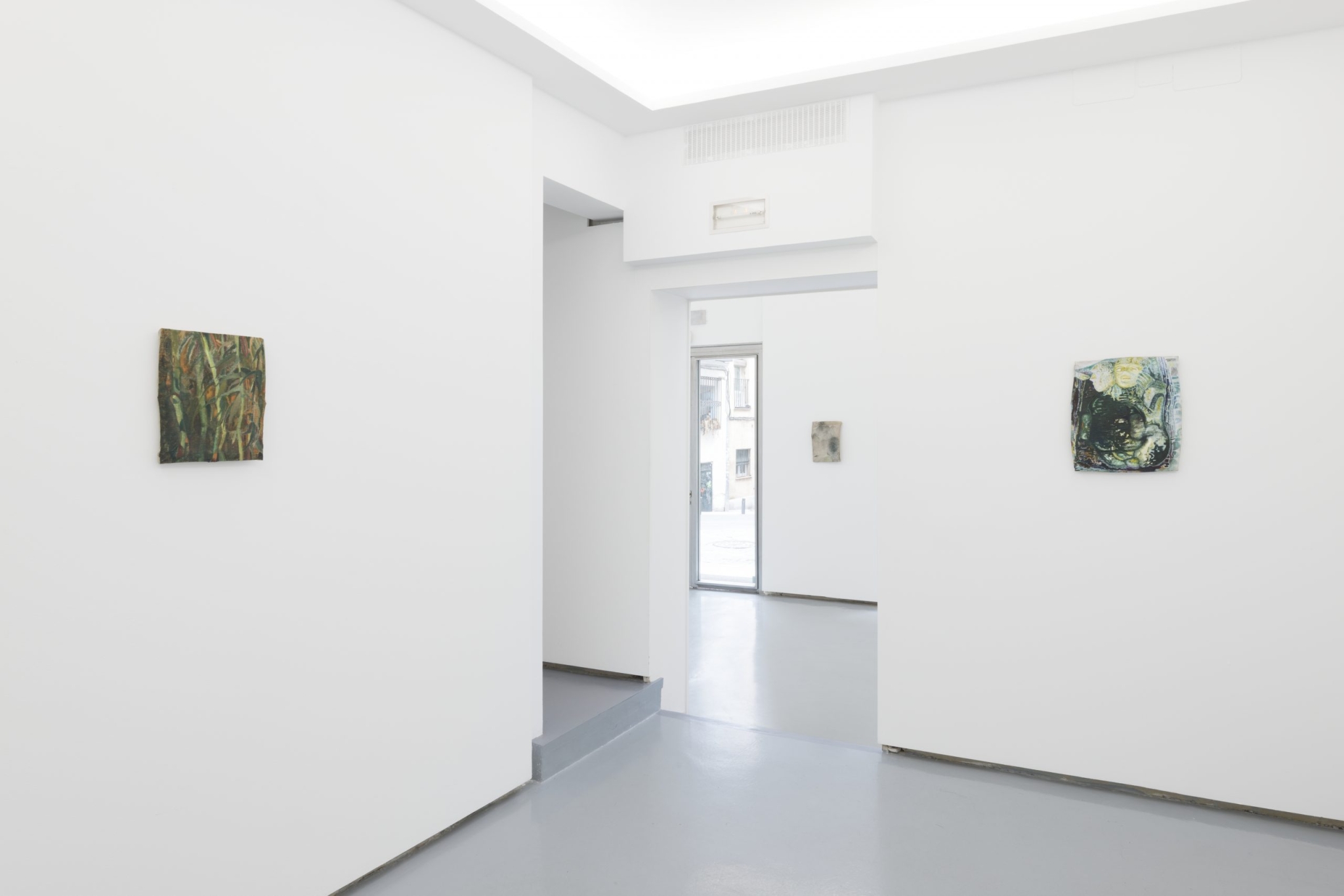 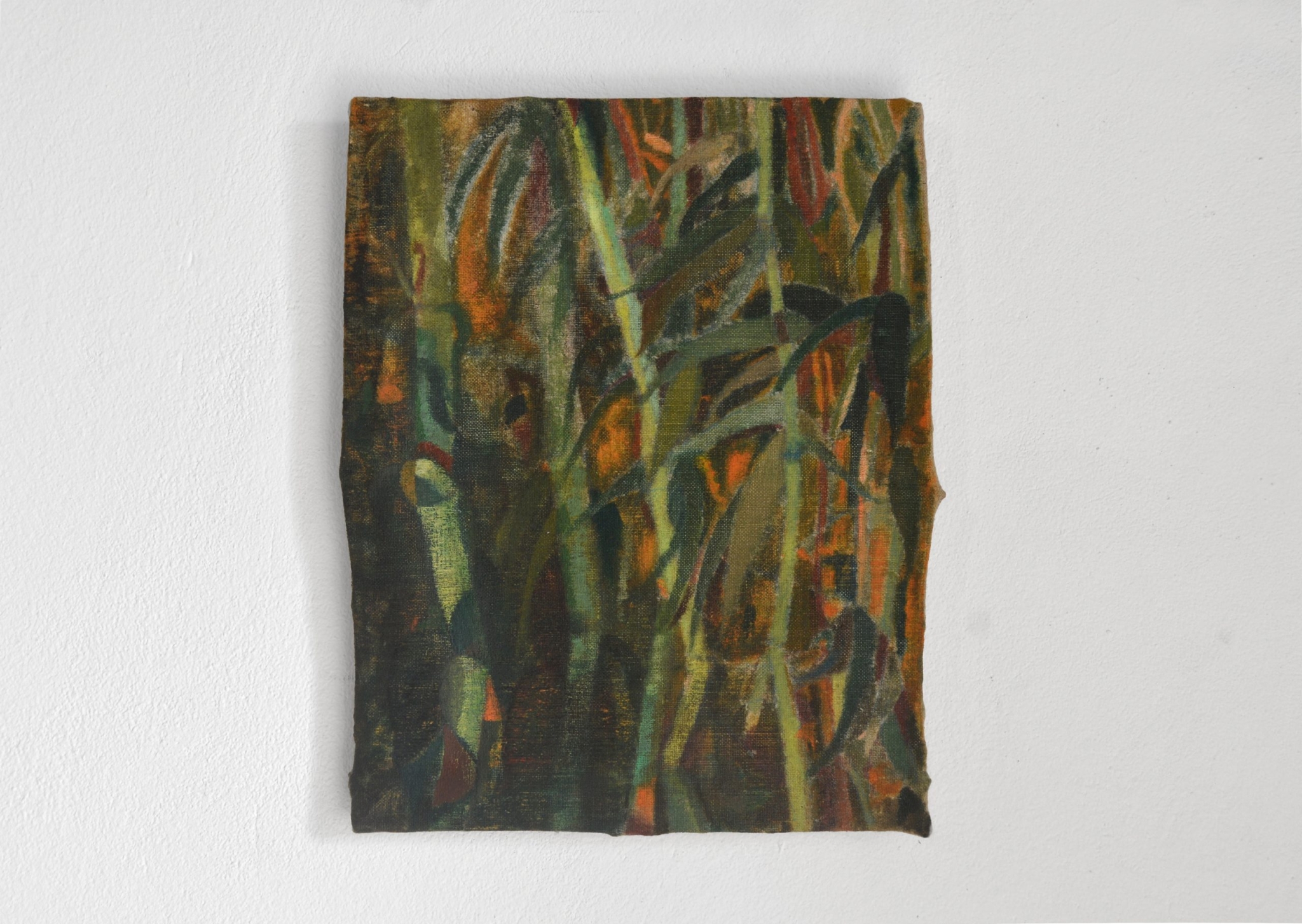 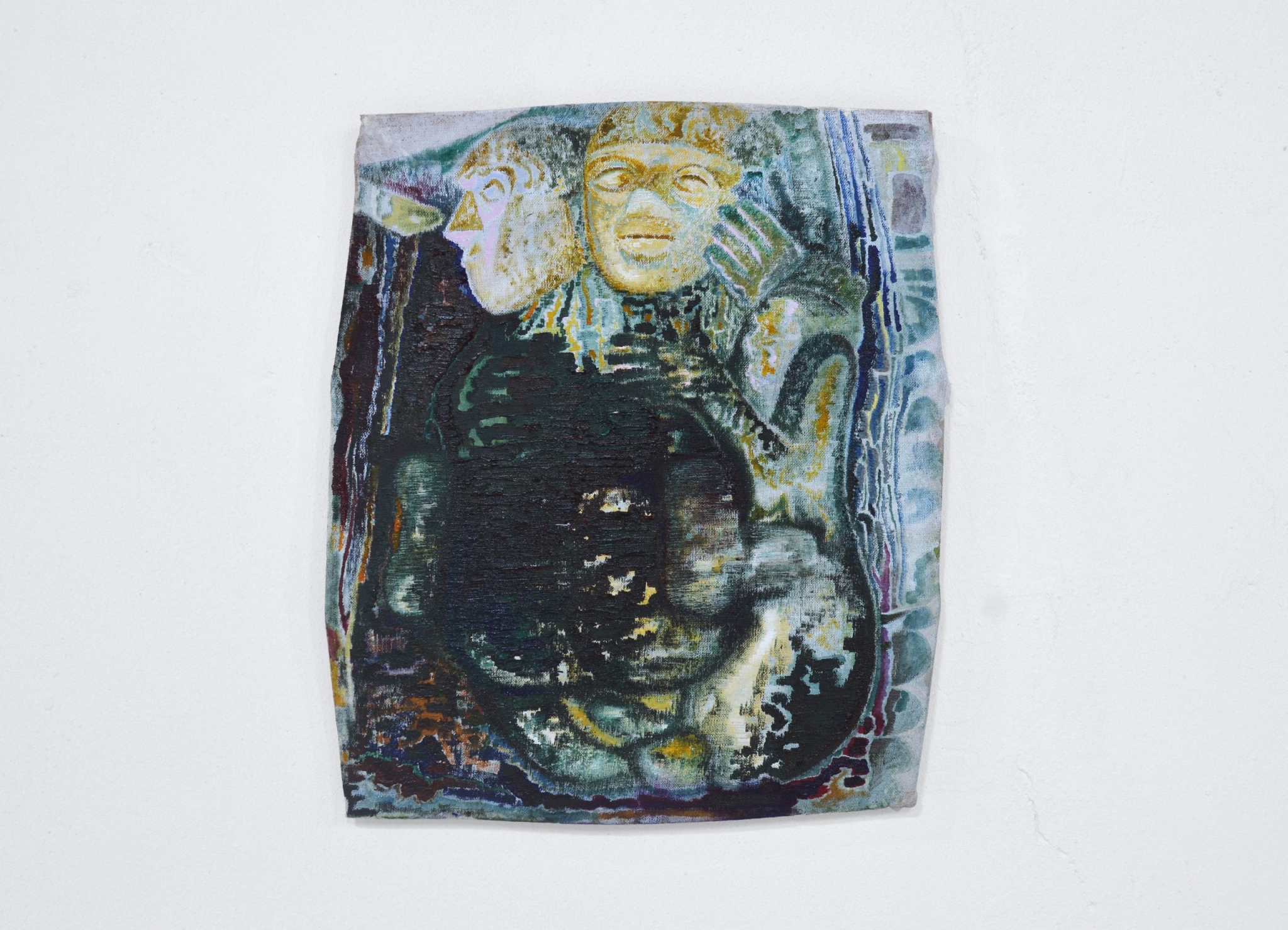 Negotiating our way through a world in which our emotional, intellectual and physical fabrics are permeated with catastrophe can be highly fraught. Our routines always hold out the temptation of remaining still, inert, blind or passive, and when we find ourselves in unexpected situations we, inasmuch as self-absorbed observers of a reality that overwhelms the body, are trapped in a process of slow decadence. Remaining still, looking on, is a continuing response to a quickly changing implacable reality and, for that reason, we always strive after a familiar place to hang onto.

In the suite of paintings in this exhibition, started in a cabin in the north of Spain, rather than a familiar place, nature is more of a changing and unknowable character, sometimes receptive, sometimes elusive. Each one of these works “on the close-at-hand” brings to mind a rural territory. The brooding earthy palette that dominates the series and the odd note of colour conjure up misty atmospheres and masters like Corot and his fellow painters from the Barbizon school, although the spectrum of bare and often denuded landscapes may seem more fitting for the setting for a neorealist film in which the landscape is at once figure and ground. There is a stillness about them, a silent immobility that is distinctly striking and heartrending. Ranging from a neighbouring house reduced to minimum geometry to the silhouette of a figure in the sun, this body of work does not seem to represent the totality of a figurative space, but instead dissolves in understated abstraction. This is because the nature represented is not replete or idealized, but subjective and fragmented to an unsettling degree. Grounded in the specificity of his rural setting, Arce generates an economy of means that makes immediacy the focus of his work: stretchers with untreated wood, iconography of unmediated rurality, fleeting moments caught in a play of light and colours. As meticulously crafted as they are saturated with leafy exuberance, the generally small-scale paintings are also a repetitive gesture in ongoing experimentation in colour and texture.

For this exhibition, Arce presents a group of new paintings that empathize with a new way of dwelling in which everything appears to be suffused with stillness. A green blotch floats over the linen canvas but the intensity of the green is modulated, varying from muted to electric. After all, March is not the same as September; damp and dry moss pulsate with different bursts of light. The explosive atmospheres of a close and tangible reality surpass a world of textures that only seems inhabitable through desire, immediacy and dreams.

“Grounded in the specificity of his rural setting, Arce generates an economy of means that makes immediacy the focus of his work: stretchers with untreated wood, iconography of unmediated rurality, fleeting moments caught in a play of light and colours”.