Singing in a Foreign Language 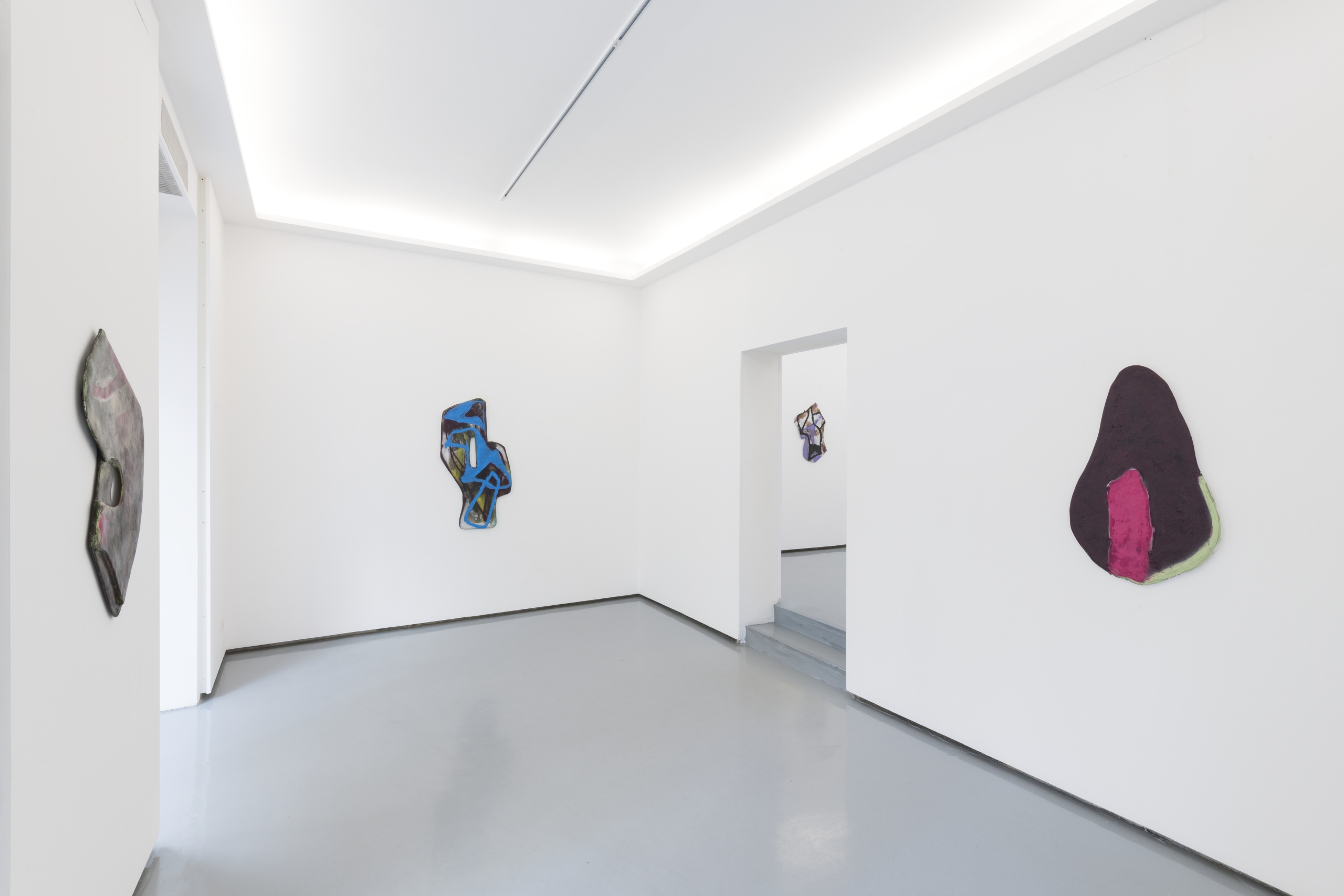 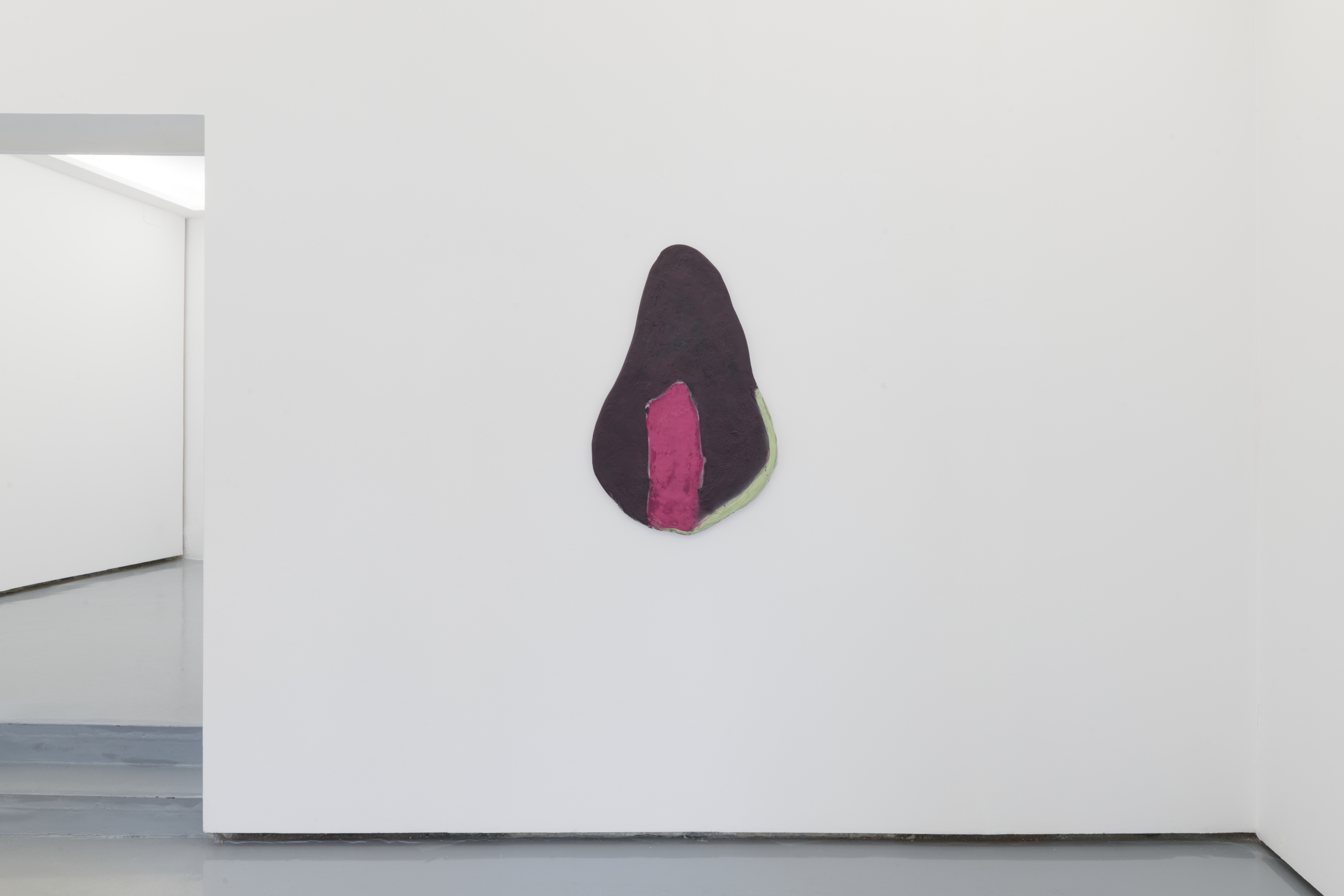 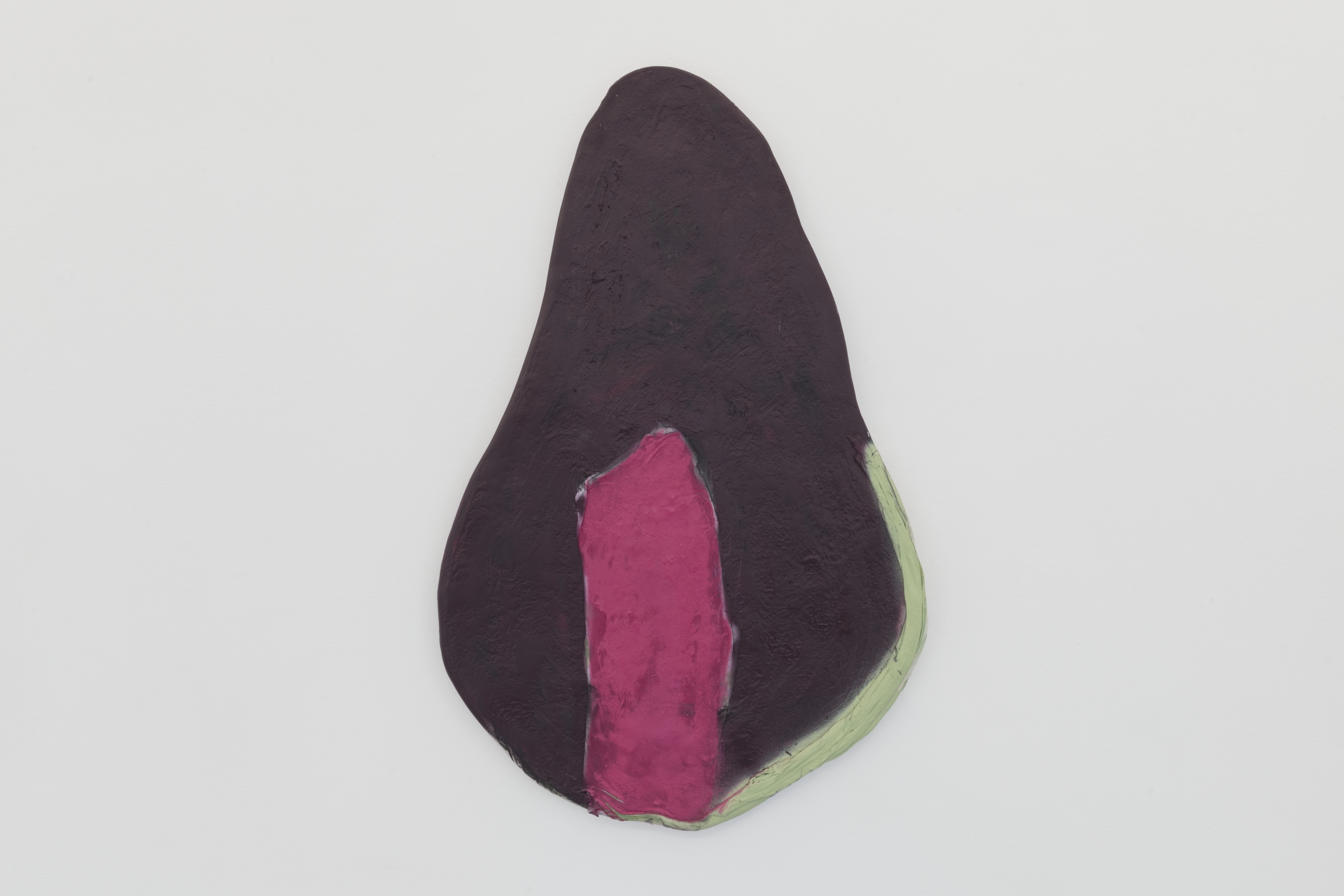 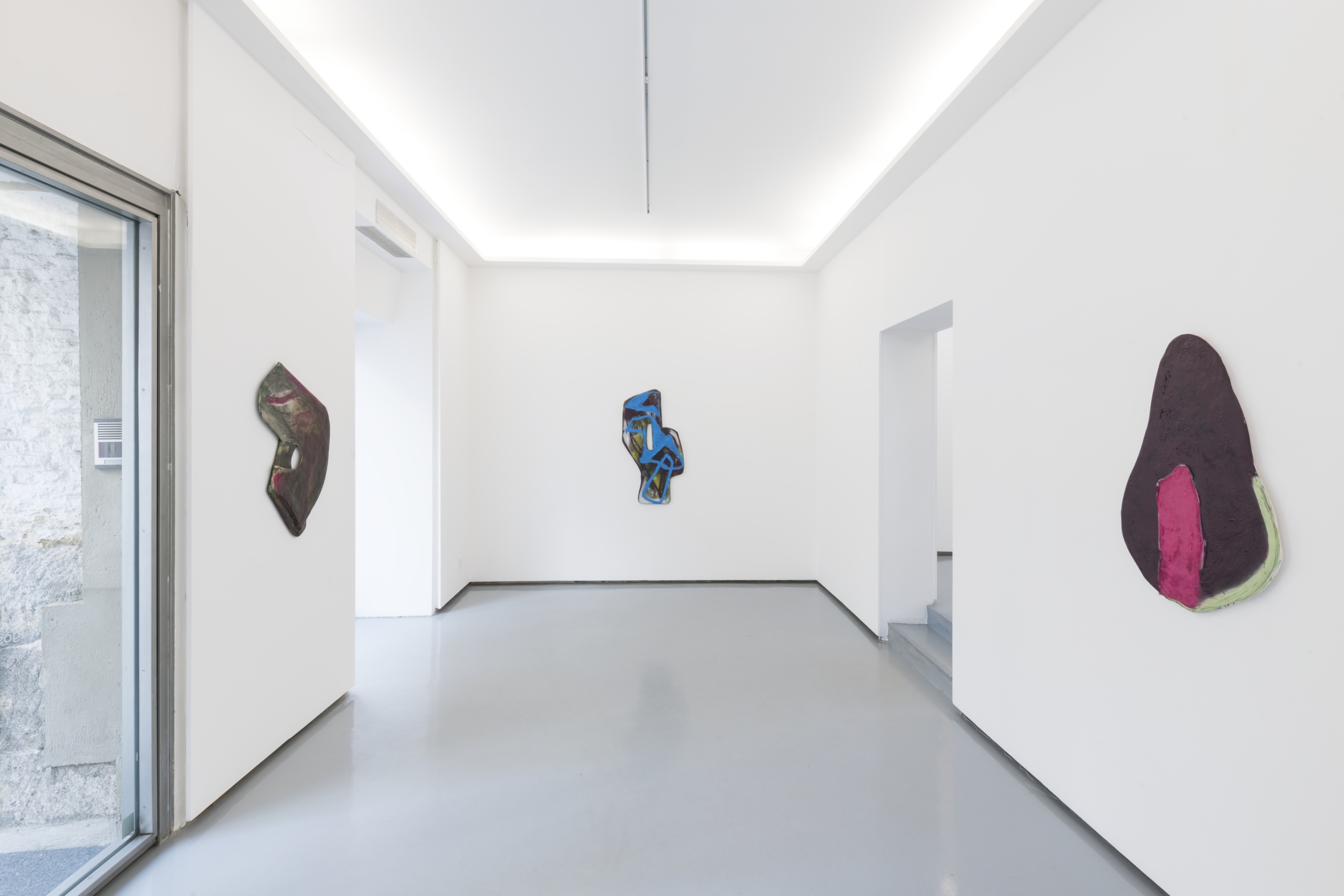 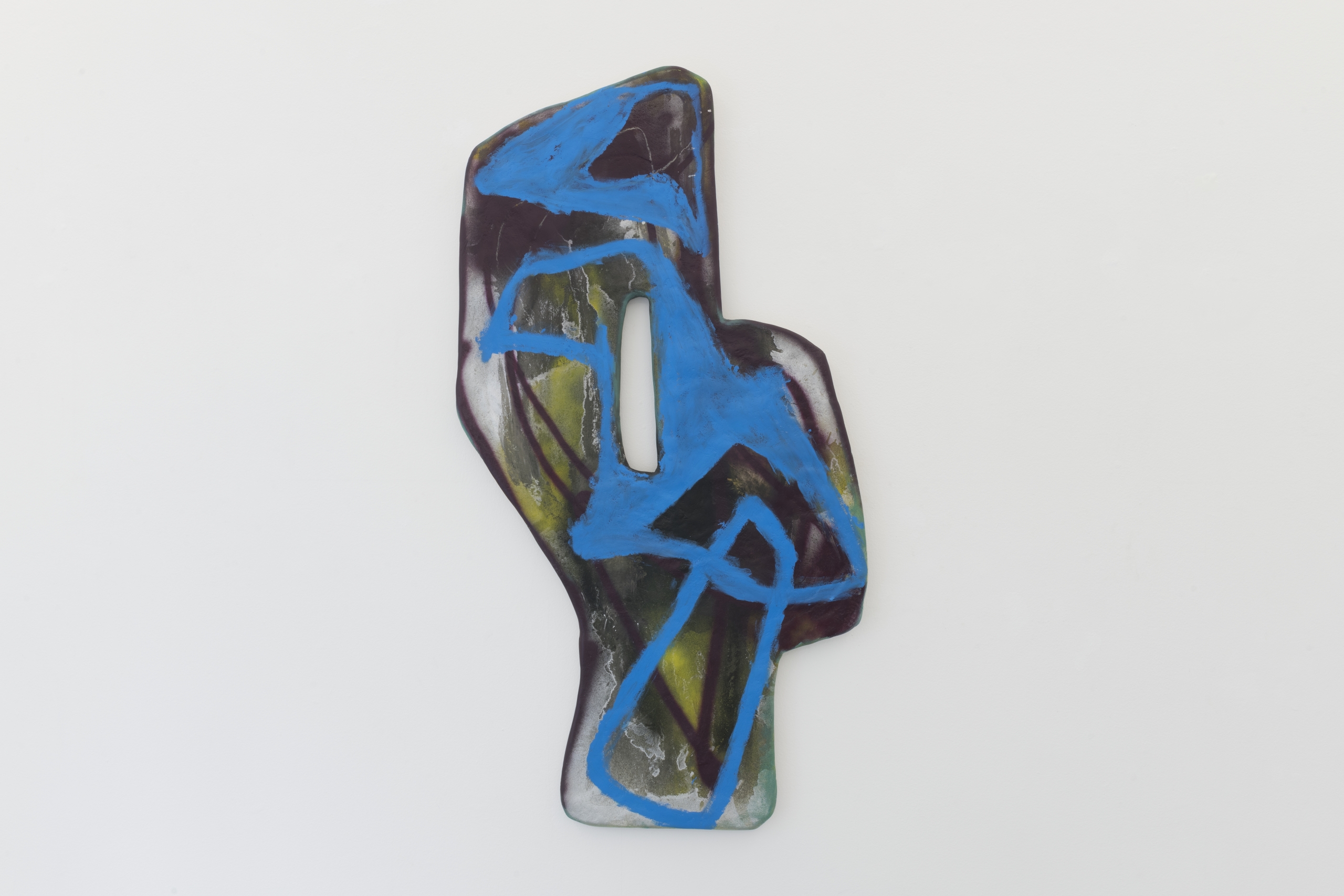 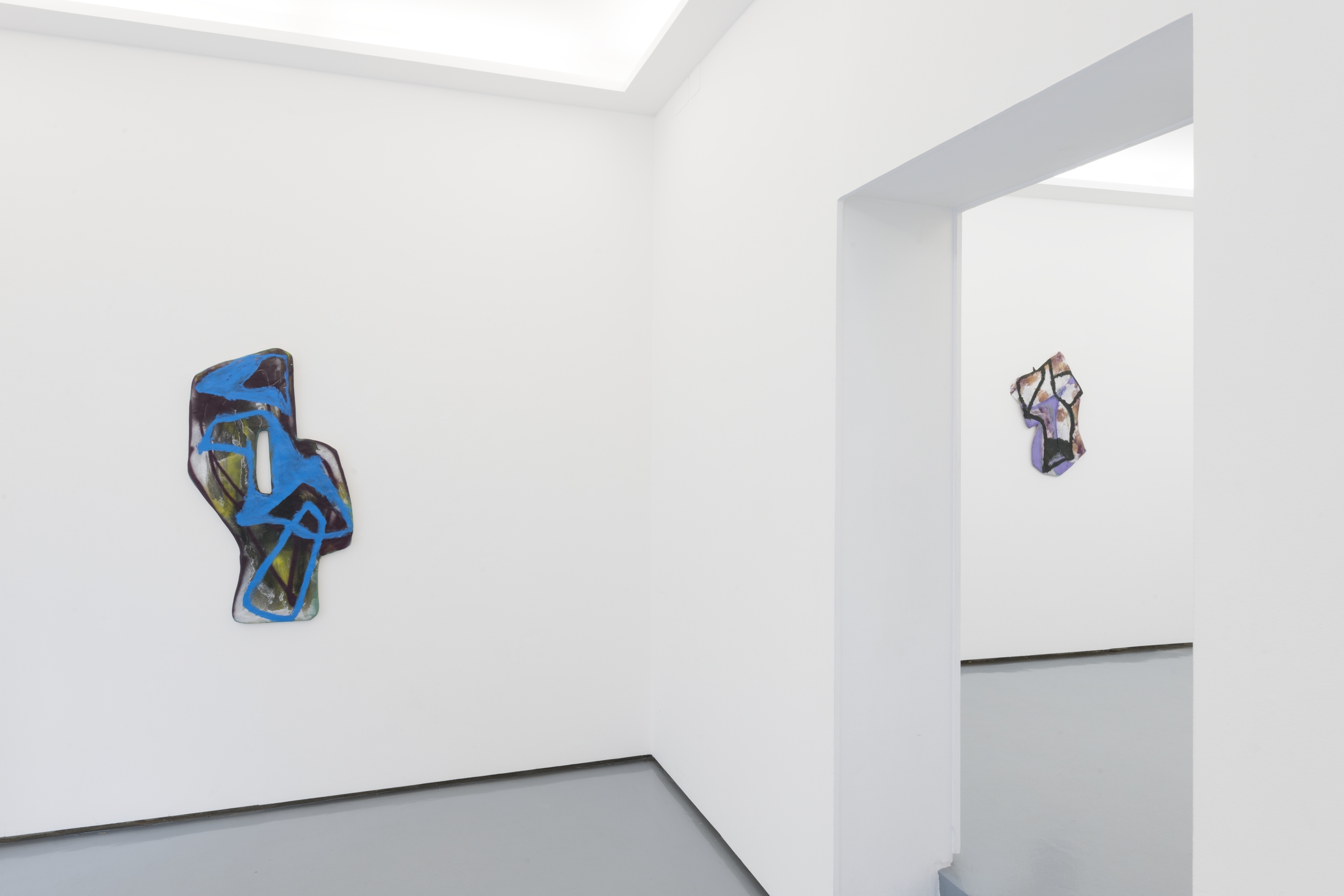 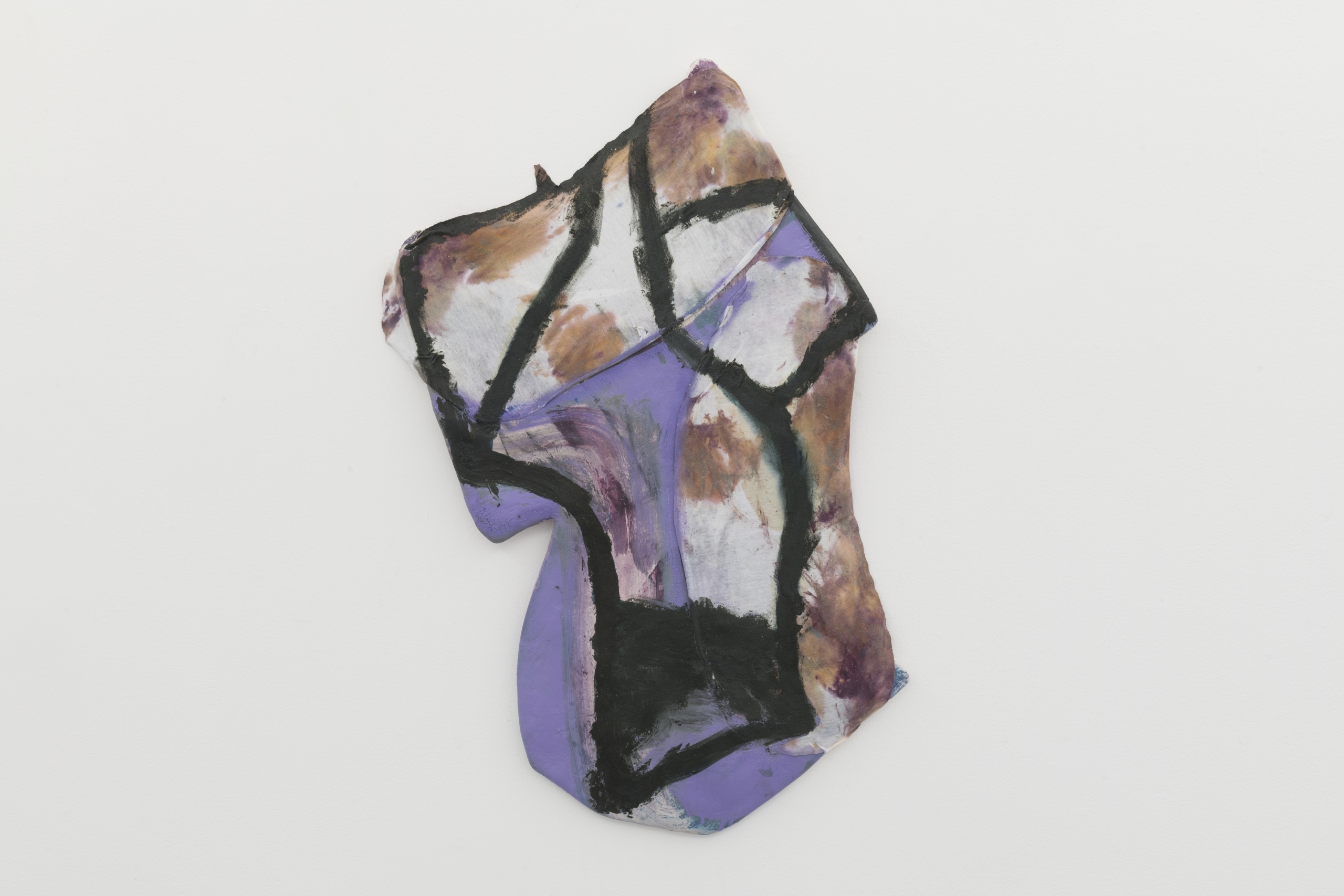 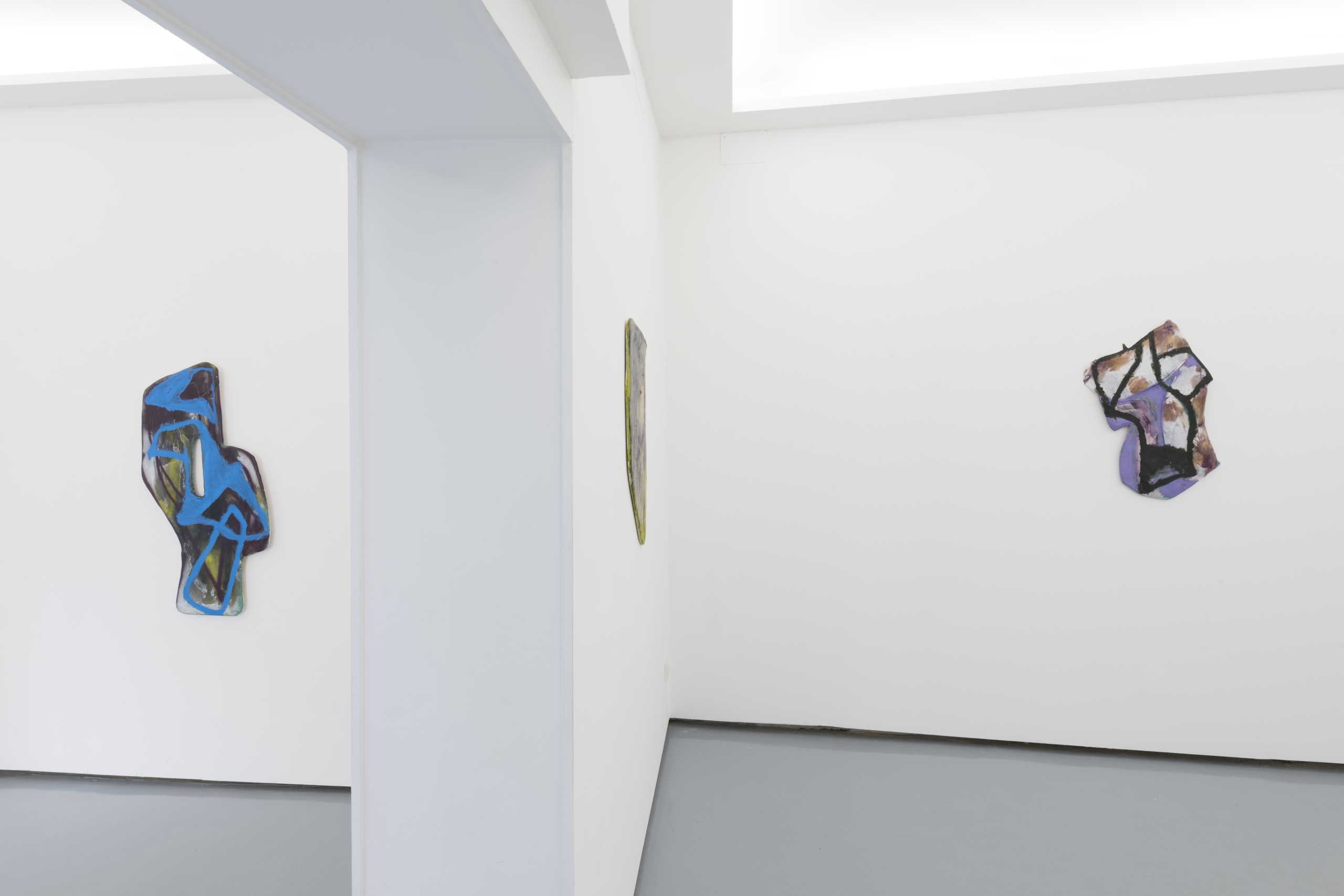 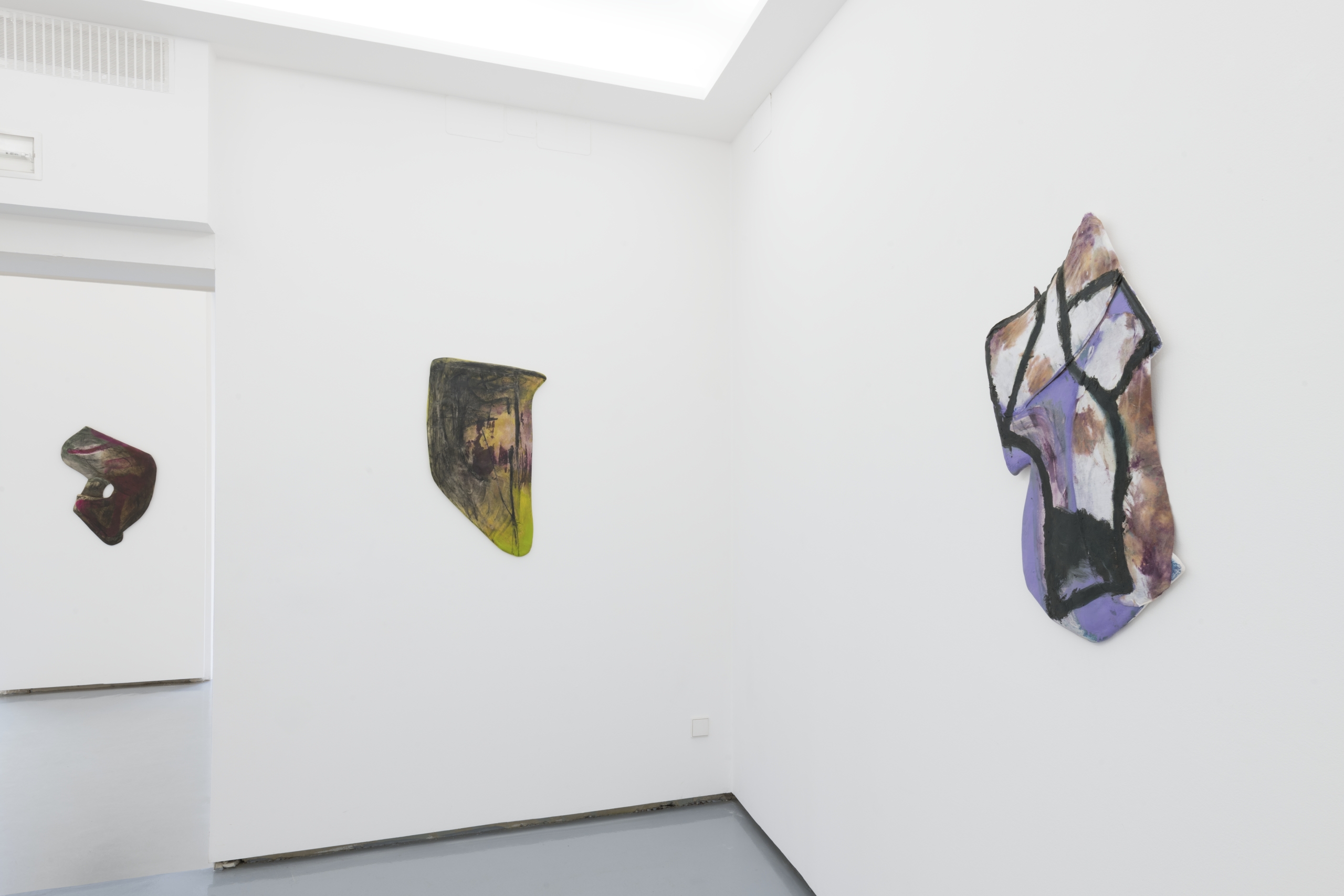 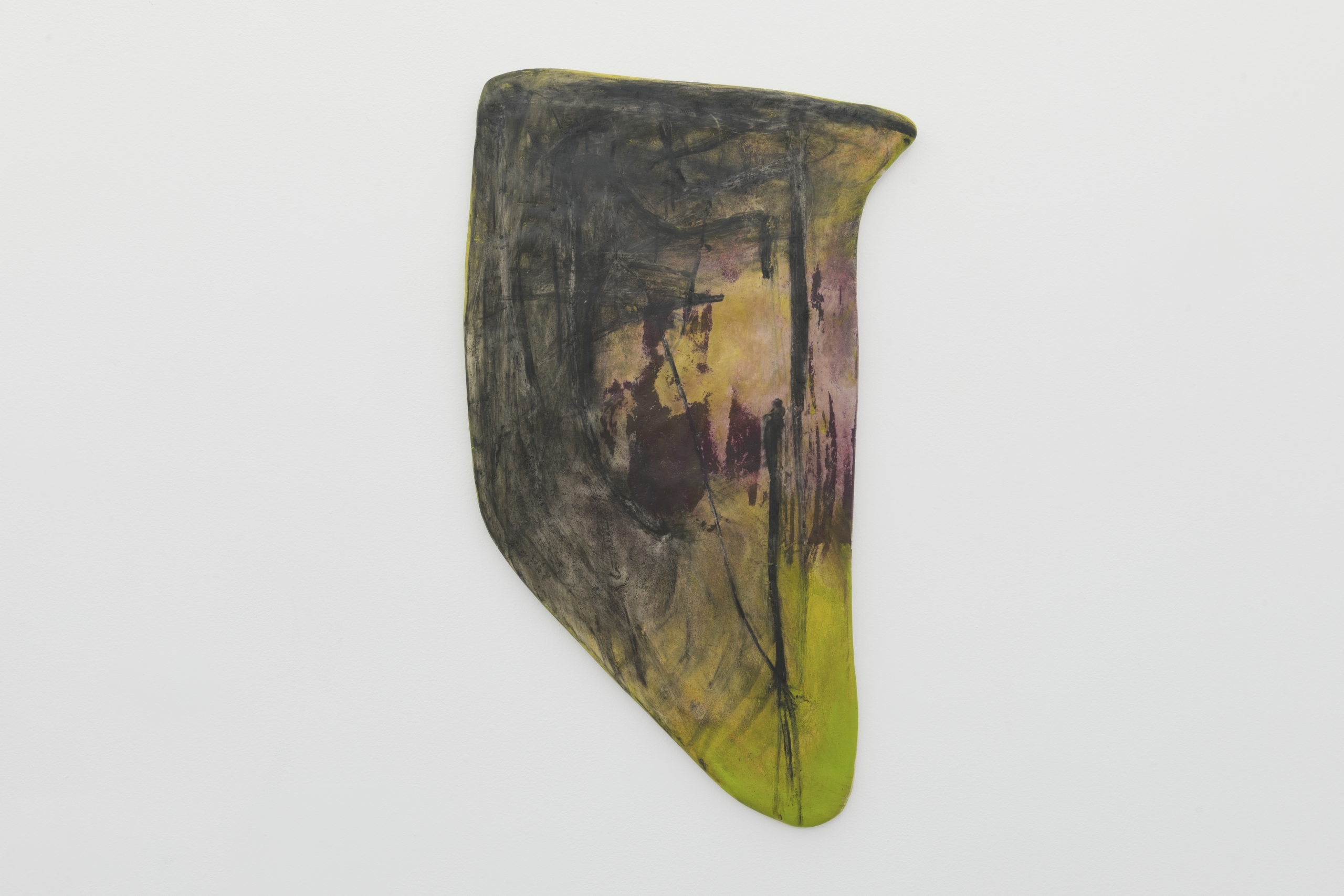 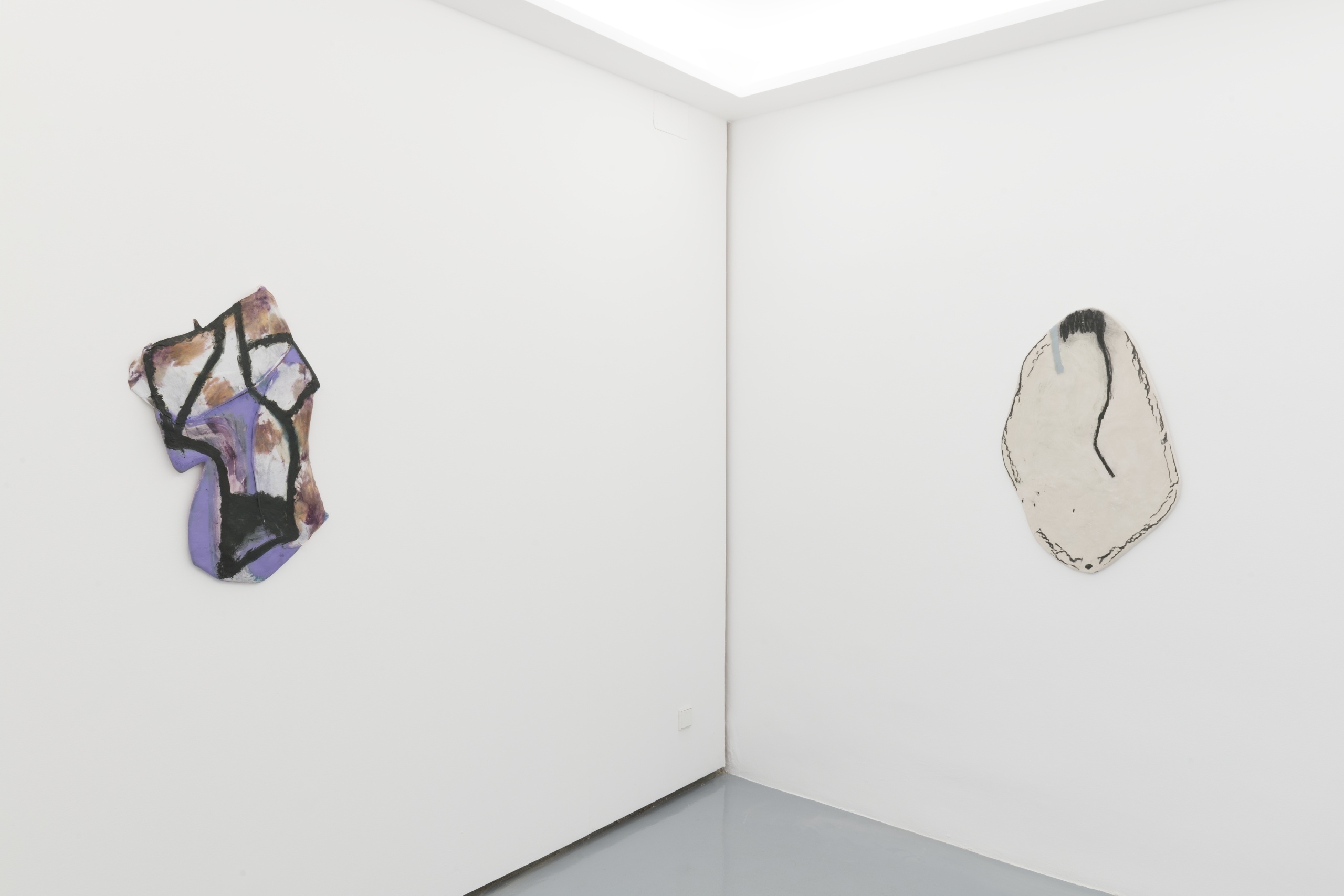 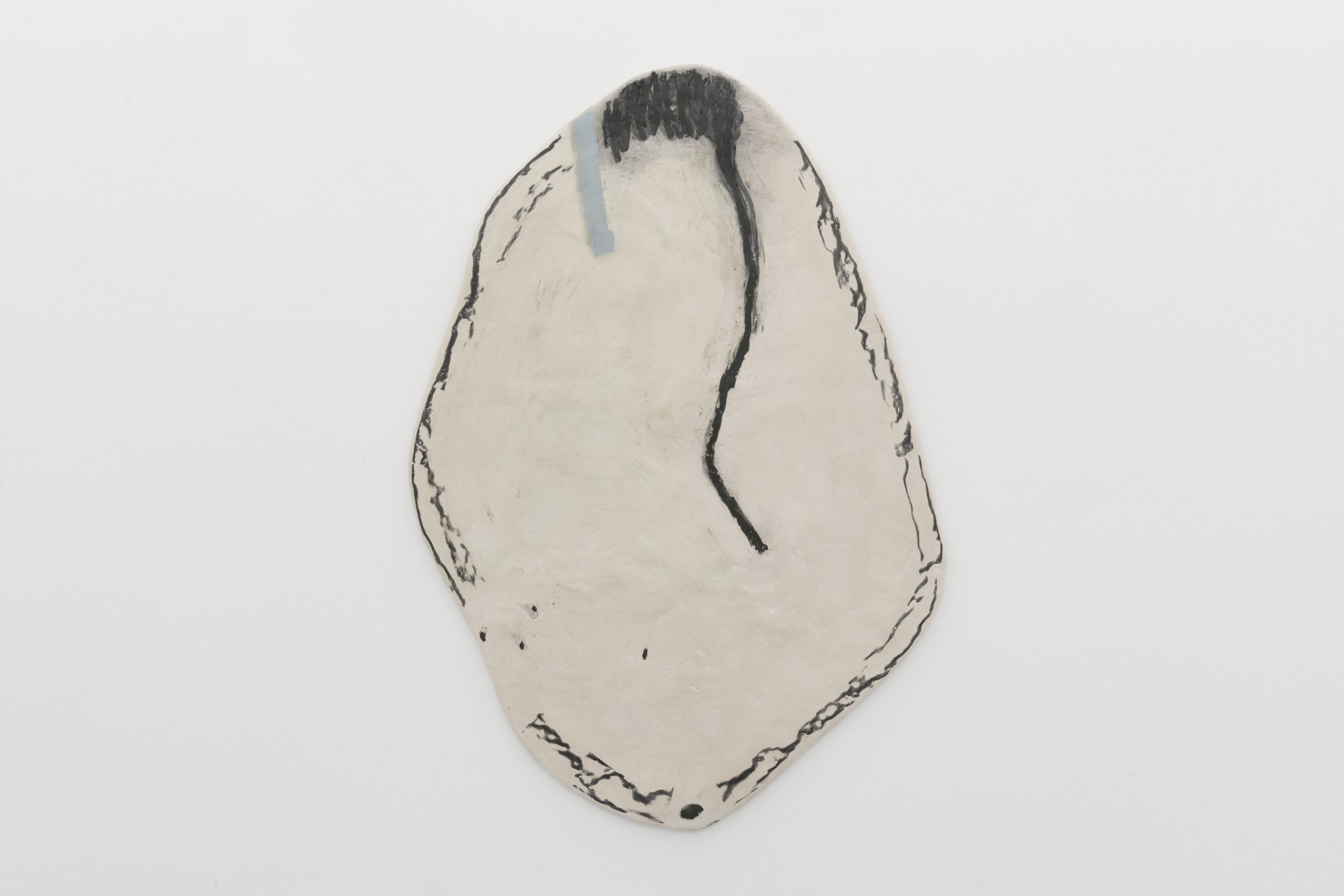 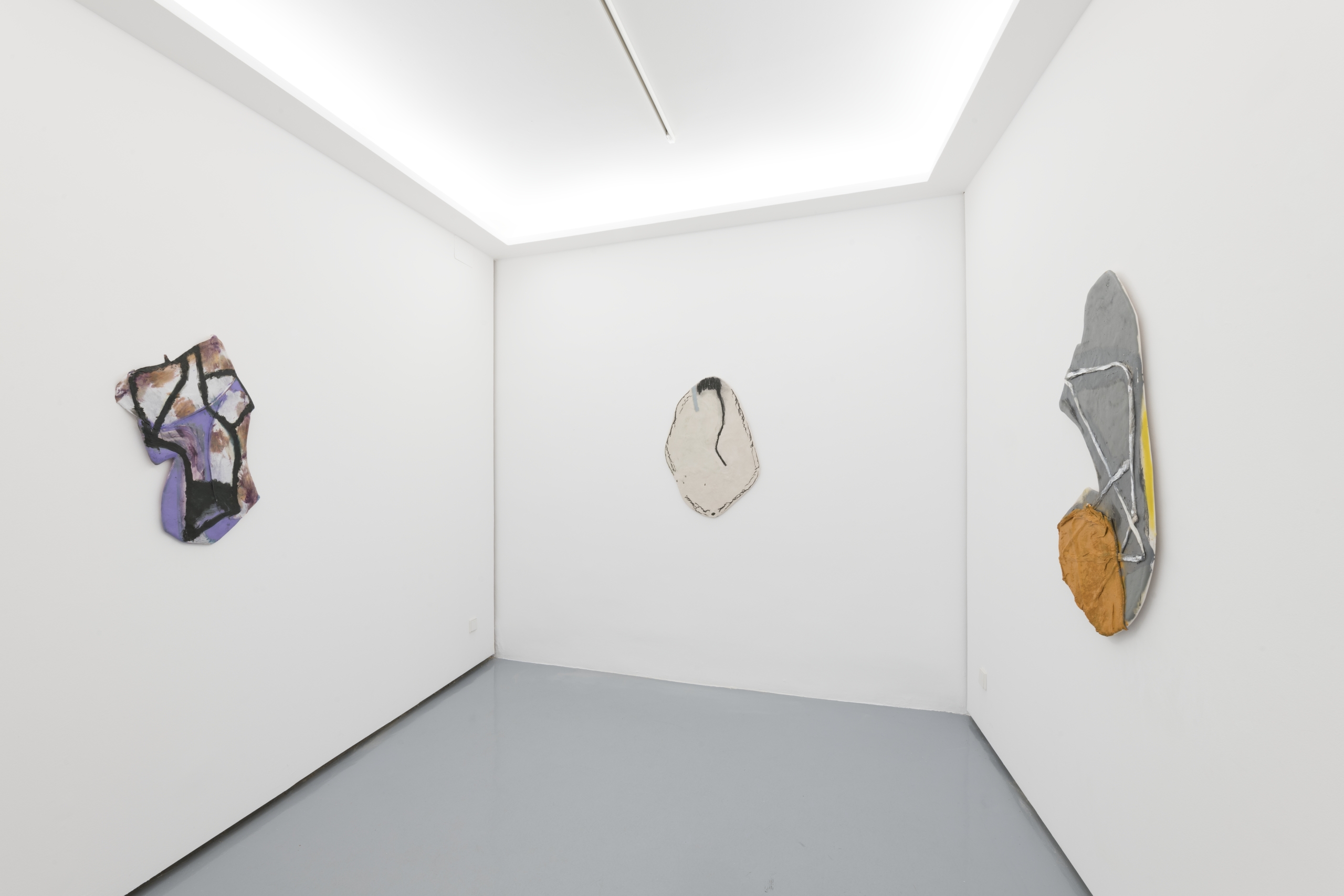 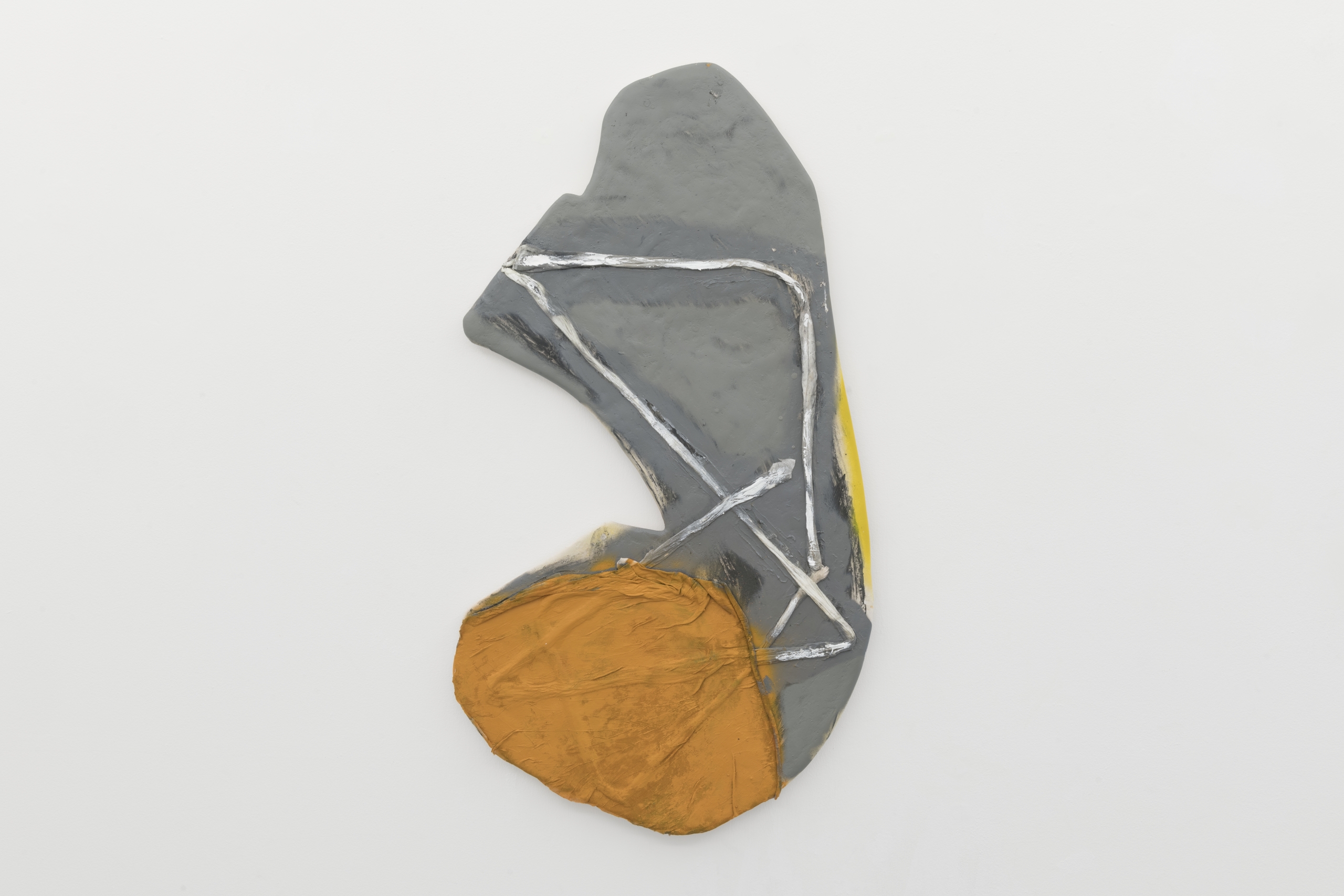 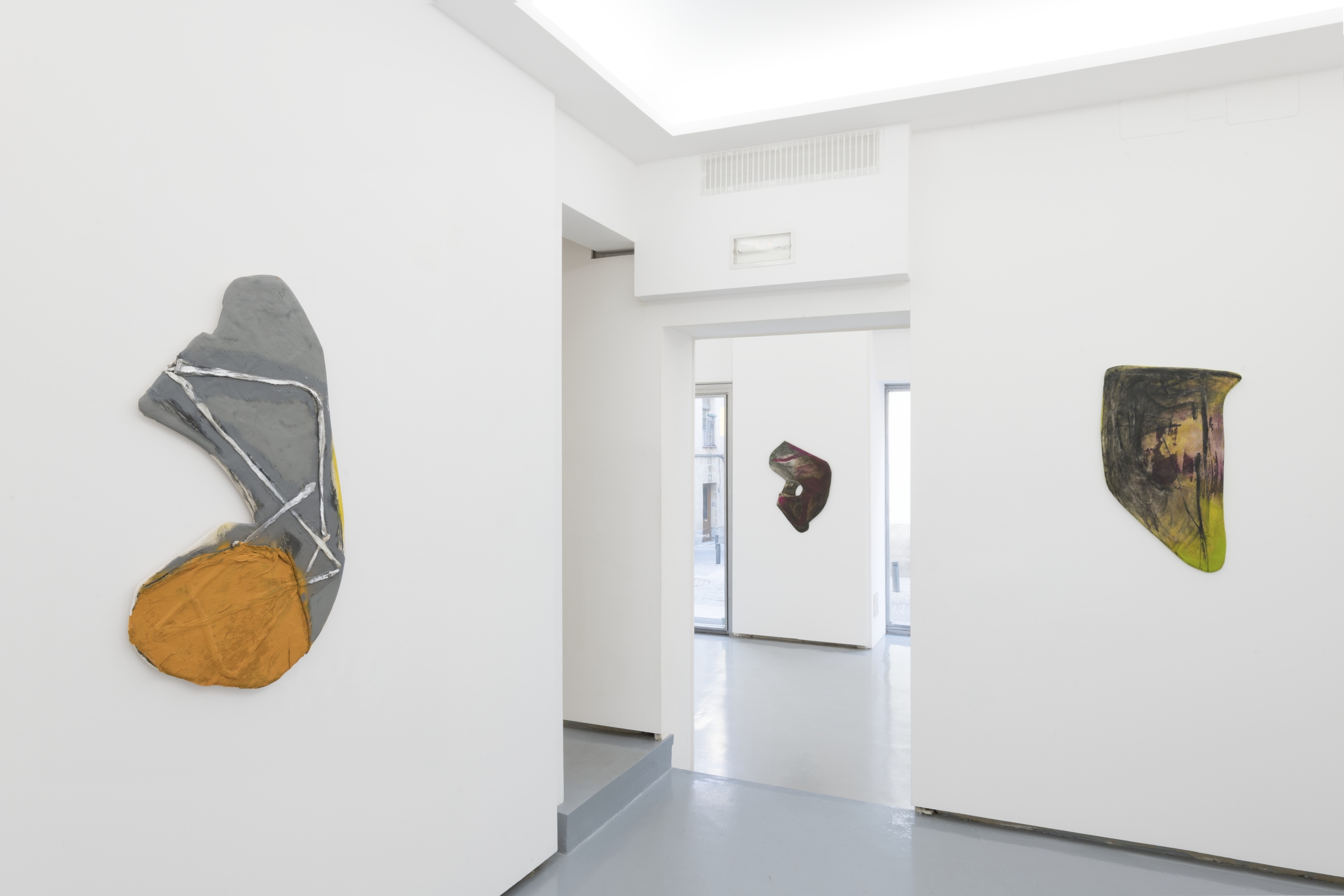 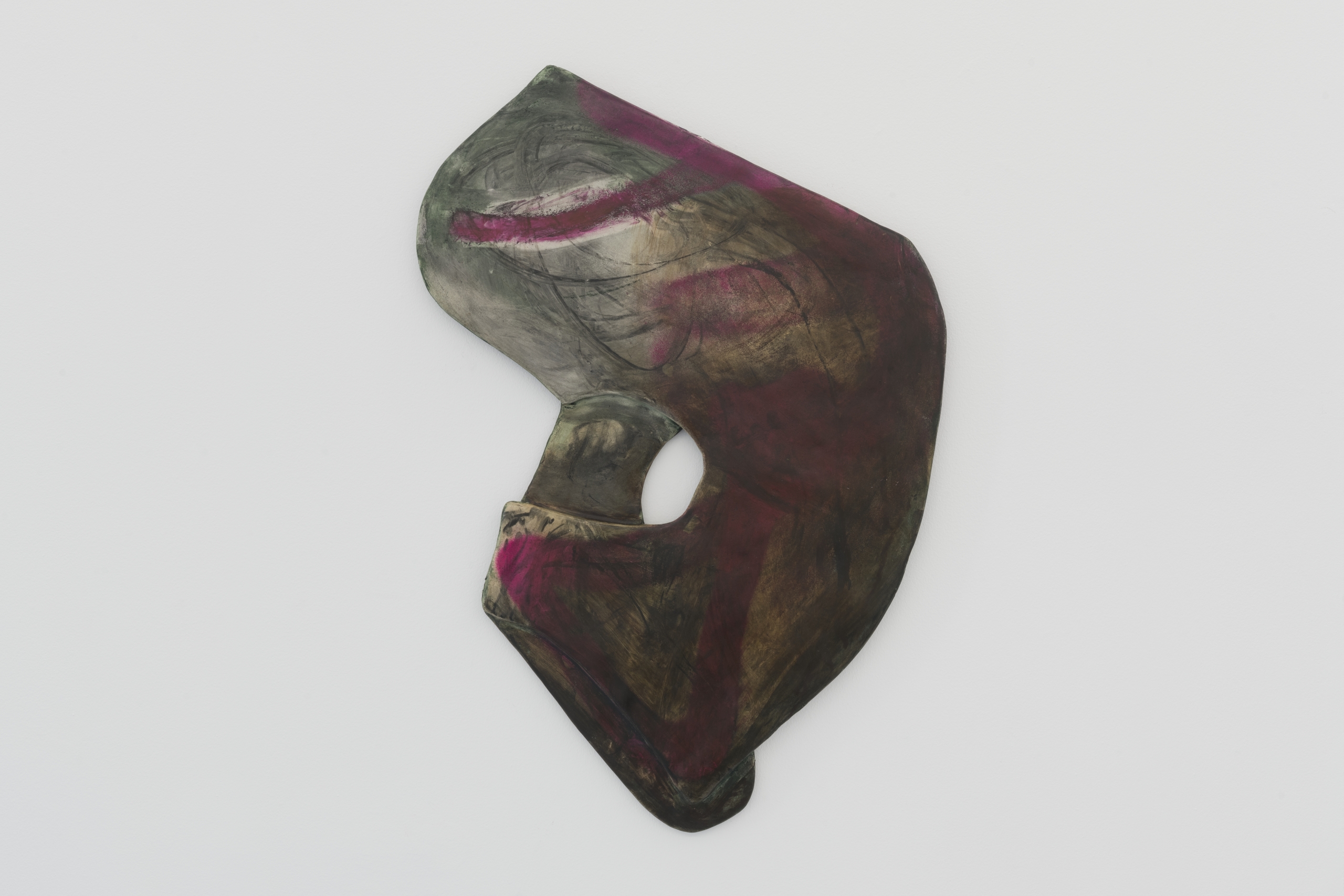 Ernesto Burgos’ practise in recent years has been sustained on the production of three-dimensional works exploiting the malleability of cardboard, later coated in fiberglass and then covered with charcoal, oil and wax. The sculptures presented at this third exhibition at The Goma open up a new path within the artist’s output insofar as they are worked in a flat plane; the sculptures no longer stand on bases, but hang on the wall, further enhancing the dichotomy between sculpture and painting that runs throughout his practice. This tension between disciplines can also be discerned in the use of materials like, for instance, the loose, quickfire strokes of charcoal versus the slow progress of paint on the surface of the work. In both cases, they are grounded in the artist’s gestural spontaneity or his relinquishment of control over the material.

In his studio the artist cuts the cardboard, separating the sections to be worked on with a quick drawing. He covers the surface with a thick white mass that allows him to manipulate the area which will set as it dries, almost developing into a fossil or coral. The paint expands as it is poured, without interference except for the occasional and deliberate use of his hands or a cloth. The purpose of these interventions, which are more physical than ornamental, is for the result to recount a story of materiality, both in terms of incorporation as well as manipulation; to create a visual narrative through its construction. It is no accident that one can find incrusted cloths which the artist used during the process or, similarly to what happens with his more three-dimensional forms, other random elements which are added unintentionally to the composition, like detritus or hair.

These representations fluctuate effortlessly between abstraction and figuration, in a synthesis that comprises drawing, painting and sculpture. The title of the exhibition Singing in a Foreign Language might evoke the individual life of these bodies, though perhaps it is better understood akin to subtitles — like those for the hard of hearing — when trying to parse creative idiosyncrasy as a stockpile of images, registers and experiences that subsist in the artist’s inner life and only come to the surface through signs without a defined narration.

“These representations fluctuate effortlessly between abstraction and figuration, in a synthesis that comprises drawing, painting and sculpture”.